BBQ tempeh tortilla pie is a hearty and delicious vegetarian meal made all in one skillet! This quick recipe makes a great weeknight dinner. It's perfect for Meatless Monday - or any day. 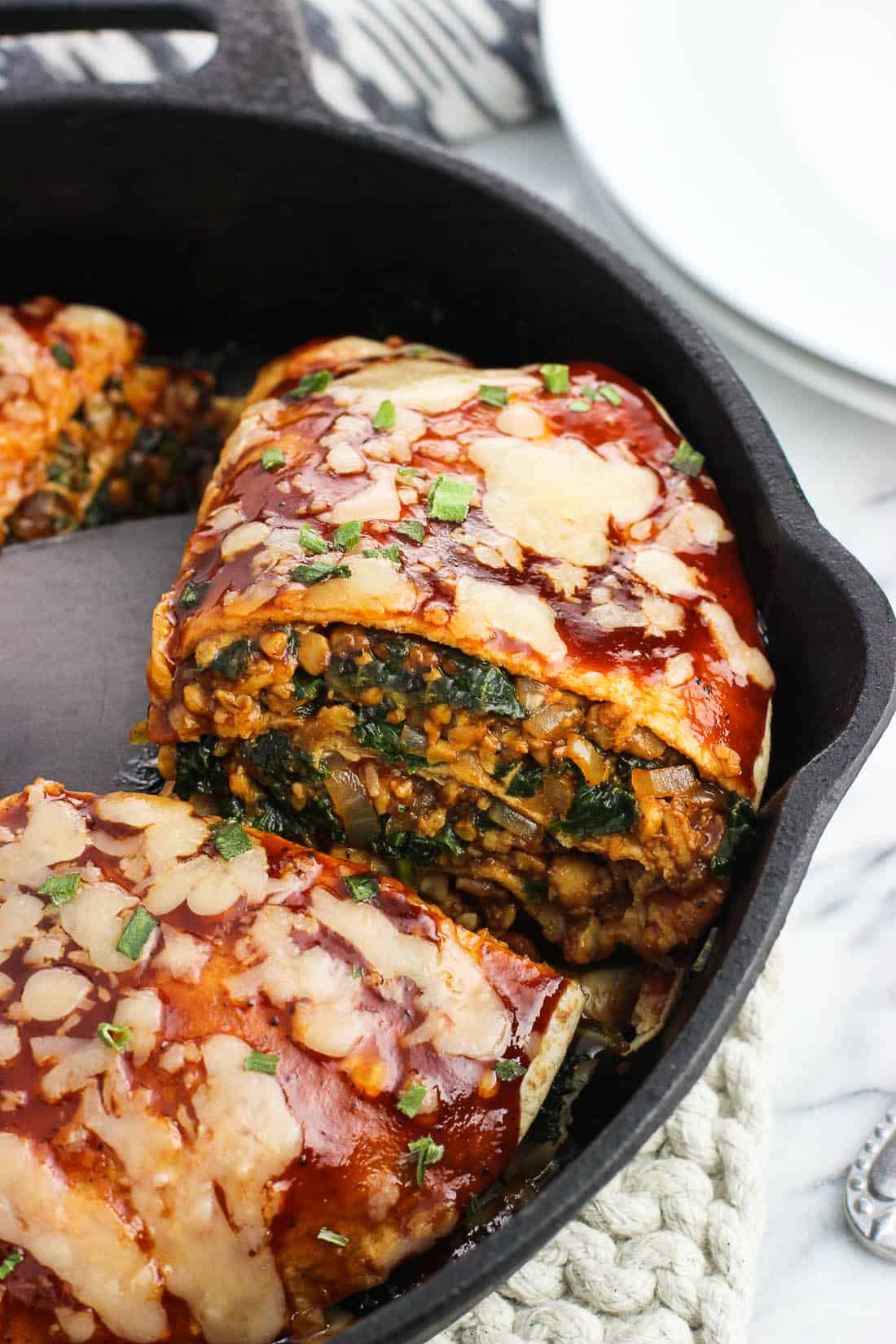 This recipe is a few years old by now, but I'm reminded of how clutch it is every time I make it. Tortilla pies are a fairly frequent occurrence in my house, but I tend to think of chicken or beef as my go-to.

However this BBQ tempeh tortilla pie is vegetarian and HEARTY. Hearty in all caps because it's healthy and so filling. I guarantee you can serve this to typical meat-eaters and they wouldn't even bat an eye.

Well, they might if you tell them it's packed with tempeh (temp-who?) and kale beforehand, but try and hold onto that tidbit of information until they've cleaned their plate. 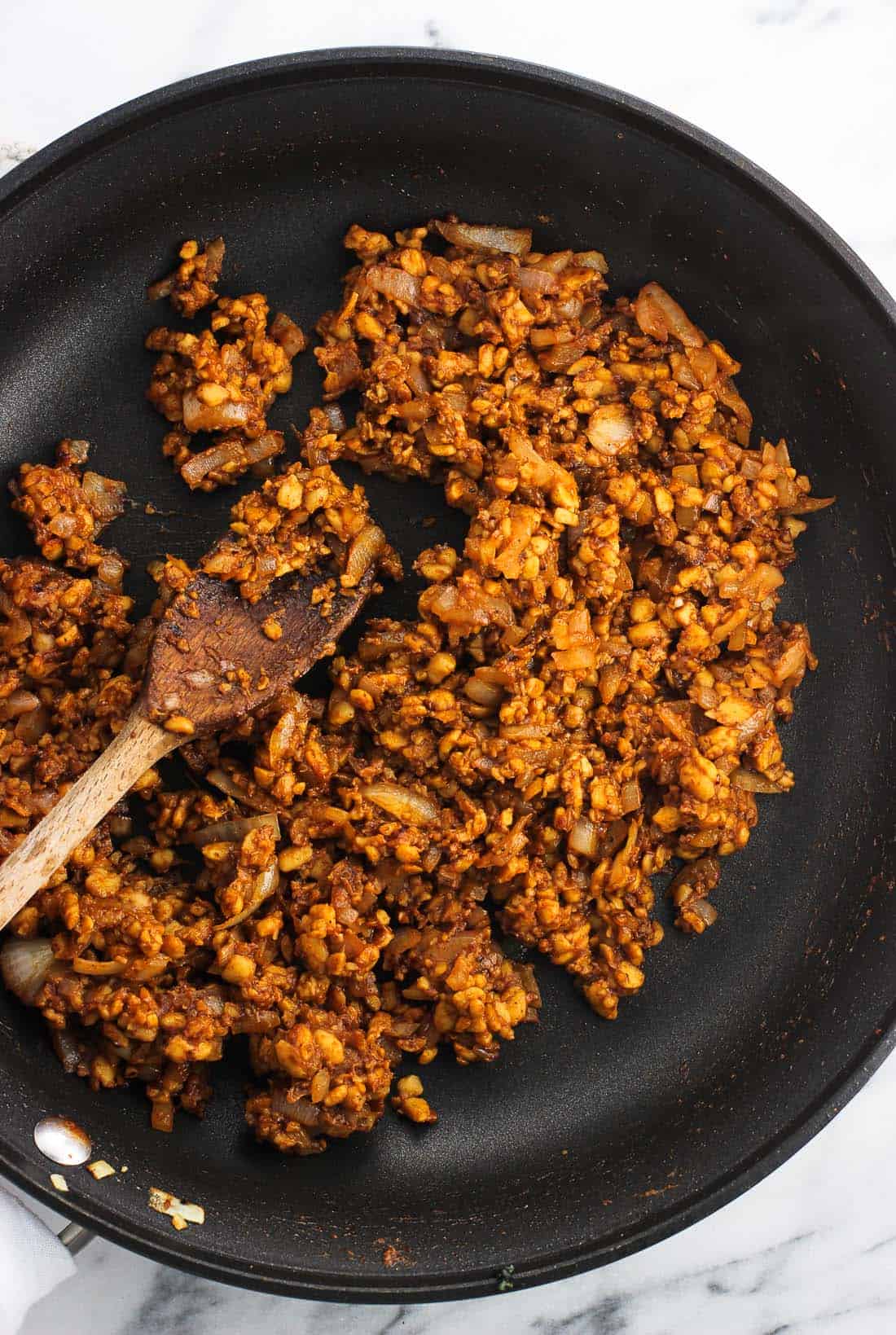 Are you a tempeh fan? Tofu seems to be the more popular soy-based protein, but as I've mentioned before, someone in my house isn't a huge fan of its texture.

Tempeh however? Totally different. It's not spongy and when grated (my favorite way to prepare it, like in these tempeh tacos) it blends easily into whatever it is you're making. It's definitely a great ground meat substitute in recipes like this.

Besides tempeh, tortillas are another base ingredient in this recipe. Either flour or corn tortillas will work, with an 8" or 10" diameter preferable. Whatever will fit in your pan or baking dish! I'm partial to using whole wheat flour tortillas to boost the nutrition here.

The filling is comprised of a mixture of sauteed kale, grated tempeh, smoky spices, onion, garlic, and cheese. The BBQ sauce (use your favorite kind) holds everything together very well and adds a hearty layer between the tortillas.

There's lots of wiggle room here. Would you rather use spinach than the kale? Go for it! Are you looking to use up some extra potato wedges you've got laying around? Chop them up and throw them in. I'll be cheering you on: this dish is SO versatile. 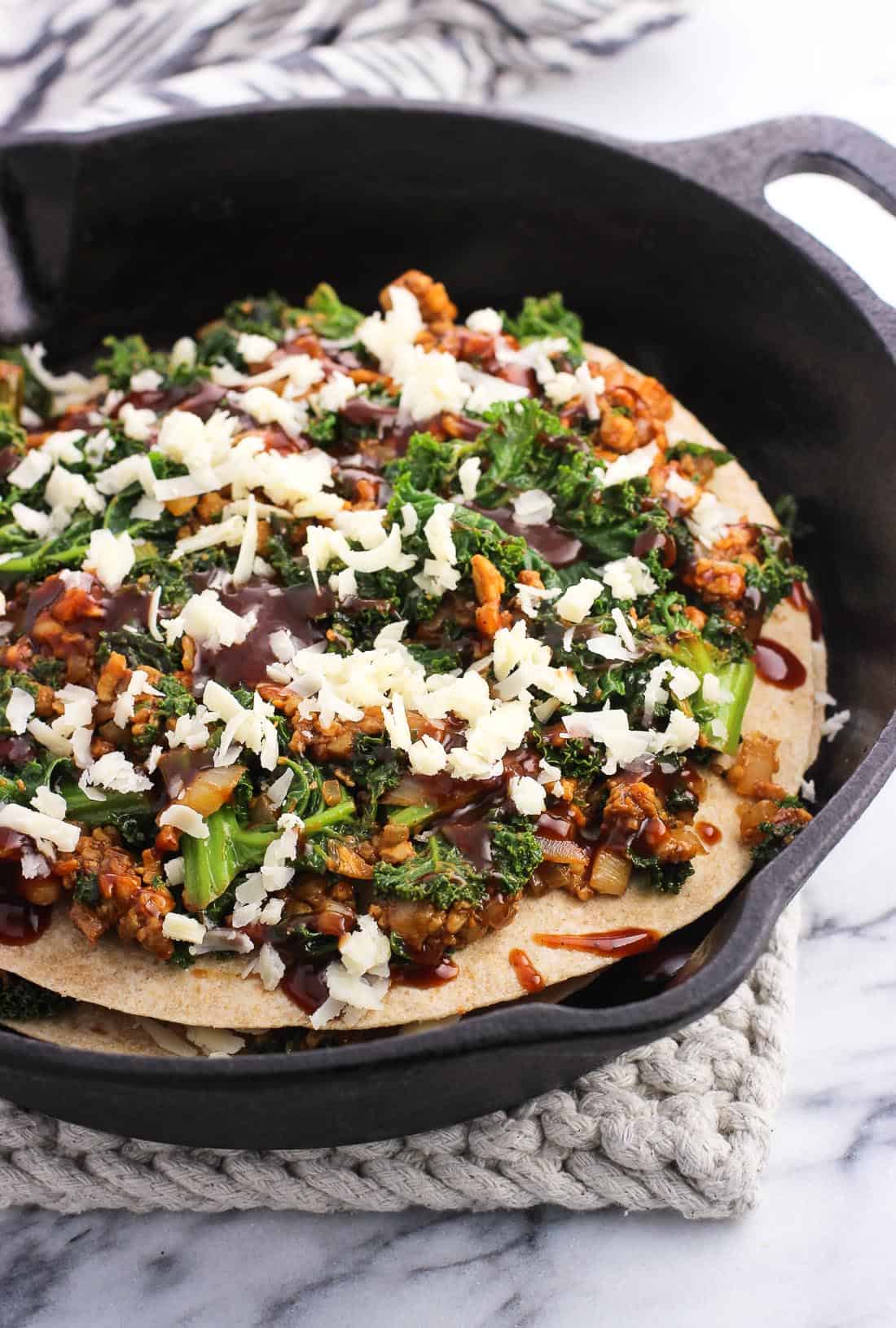 Start by cooking the kale on the stovetop, then setting the kale aside to reuse the skillet to saute the rest of the filling, starting with diced onion, then adding the minced garlic, crumbled tempeh, BBQ sauce, and spices.

Pour out the filling into the bowl or plate with the kale, then wipe out the skillet once more if it's oven-safe. We'll be using it to assemble and bake the BBQ tempeh tortilla pie. If it's not oven-safe, spray the bottom of a baking dish with cooking spray and use that instead.

Tortilla pie assembly is one of those things that might be harder to put into words than it is just doing it. No matter your baking vessel, start by placing a tortilla in the bottom, then spreading one-third of the filling over top.

When adding the mixture on top of the tortillas, try and spread it evenly from the center to the edges. You may wish to spread it a little bit taller around the edges to prevent the tortilla pie from having a taller center and sloped ends.

Drizzle BBQ sauce over the filling, then evenly scatter some of the shredded cheese. Place another tortilla on top and repeat the process another two times, ending by spreading BBQ sauce and sprinkling cheese on the top tortilla.

One of my favorite parts of a tortilla pie is how it comes together in the oven. Bake the tortilla pie at 350°F for 15 minutes or so, or until it's heated throughout and the cheese is melted. The tortillas soften beautifully and are easily sliced into wedges to serve. It's lasagna-esque in presentation, but I wouldn't dare call this lasagna. That just sounds so wrong to my Italian ears. 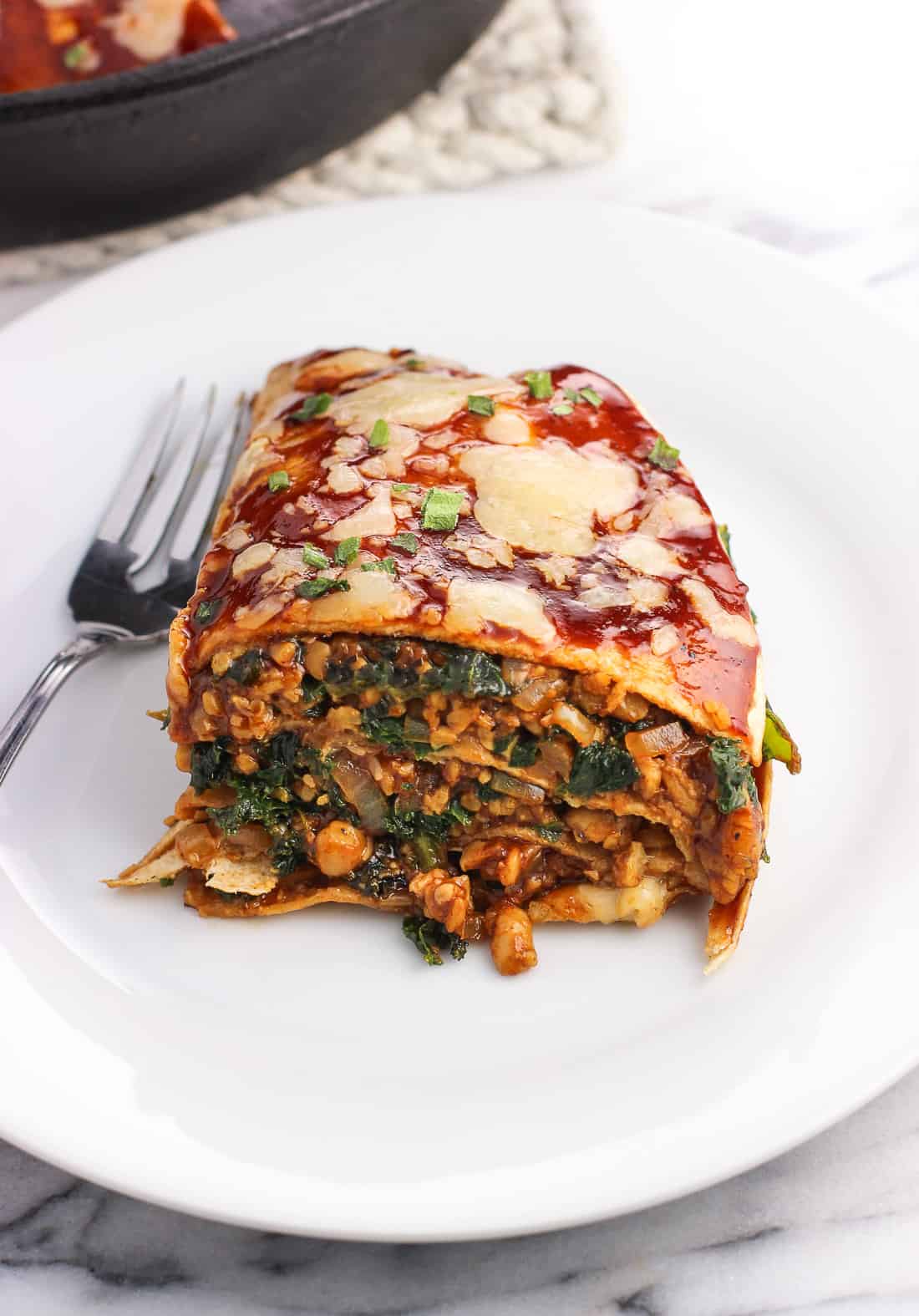 Truthfully you don't even have to closely follow a recipe. There are so many flavor possibilities, right? It's a great meal idea to have in your back pocket for those days when you open the fridge and nothing jumps out at you.

And as for the name...I'm still not 100% sold on "tortilla pie" but I just don't know what else works better. Tortilla stacks? Tortilla casserole? Whatever you decide to call it, it's a healthy, hearty, and relatively quick dinner recipe that you'll want to add to your rotation. 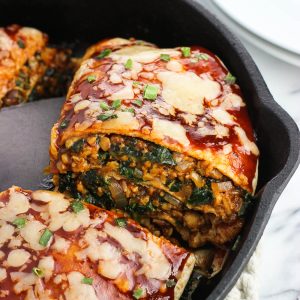