Instant Pot collard greens are a Southern-inspired side dish made much quicker in an electric pressure cooker. These Southern greens have a ton of flavor from bacon and ham, and you'll want to drizzle the cooking liquid on everything! 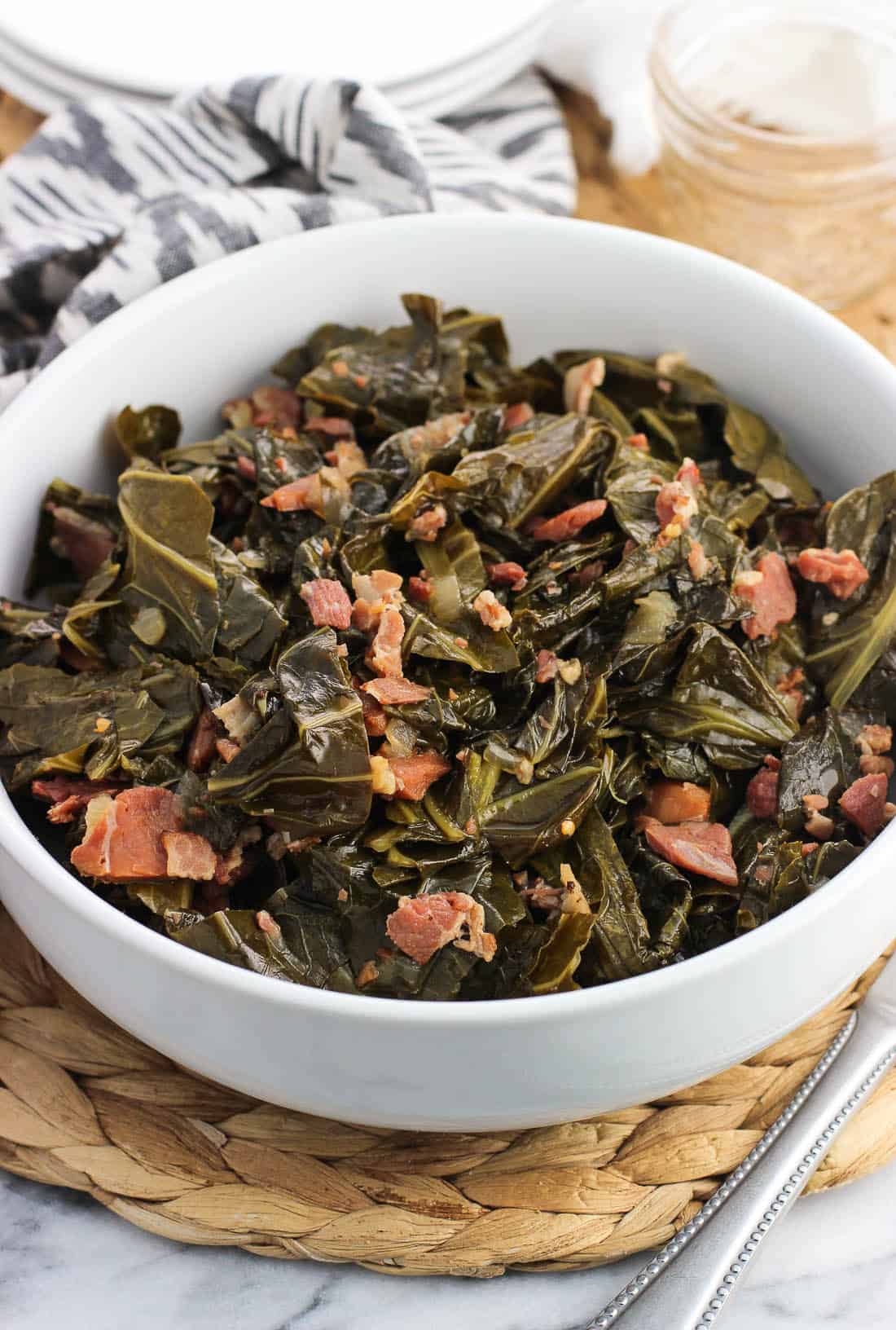 Now I don't like to keep secrets from you, but I've been playing with an Instant Pot for awhile now behind the blog scenes. I'm not an 'early adopter' by nature, so it took months of seeing Instant Pot recipe after Instant Pot recipe on social media before I worked up the courage to dive on in myself.

Succ-ess. Remind me again what I was nervous about? Though it obviously didn't come as a surprise, I was still wowed at how quickly a big chuck roast became perfectly shreddable. Just an hour of cooking time! While my slow cooker is definitely not going anywhere, the same chuck roast I use in this slow cooker shredded beef takes eight-ish hours on high heat in the slow cooker. Hello, time saver Instant Pot. 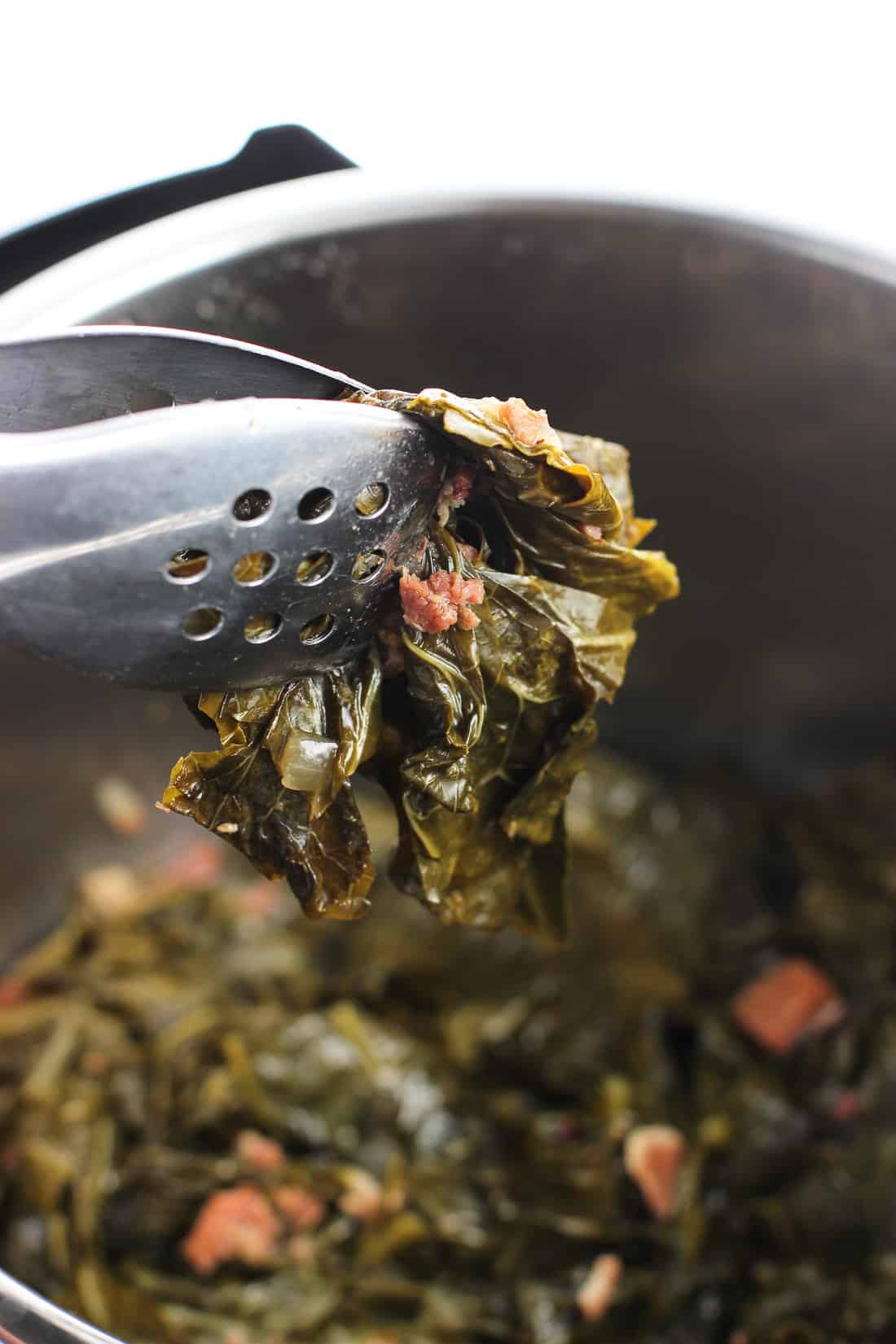 Now I'm probably taking advantage of how prevalent Southern greens are on the menu at restaurants all over Nashville and Asheville (another city we visit frequently). I certainly didn't eat them when I lived up north or out west. But they're my favorite side dish to order alongside hot chicken, BBQ, or any other Southern-inspired dish.

Tender collard or turnip greens are cooked with a bit of meat, sometimes bacon and/or country ham (more on country ham later), in an AMAZING savory cooking liquid. This cooking liquid is called 'pot liquor', which sounds intimidating but is actually a combination of water/broth, apple cider vinegar, brown sugar, and spices.

I'm willing to bet that even the leafy green vegetable haters in your life wouldn't be able to pass up these Southern Instant Pot collard greens. 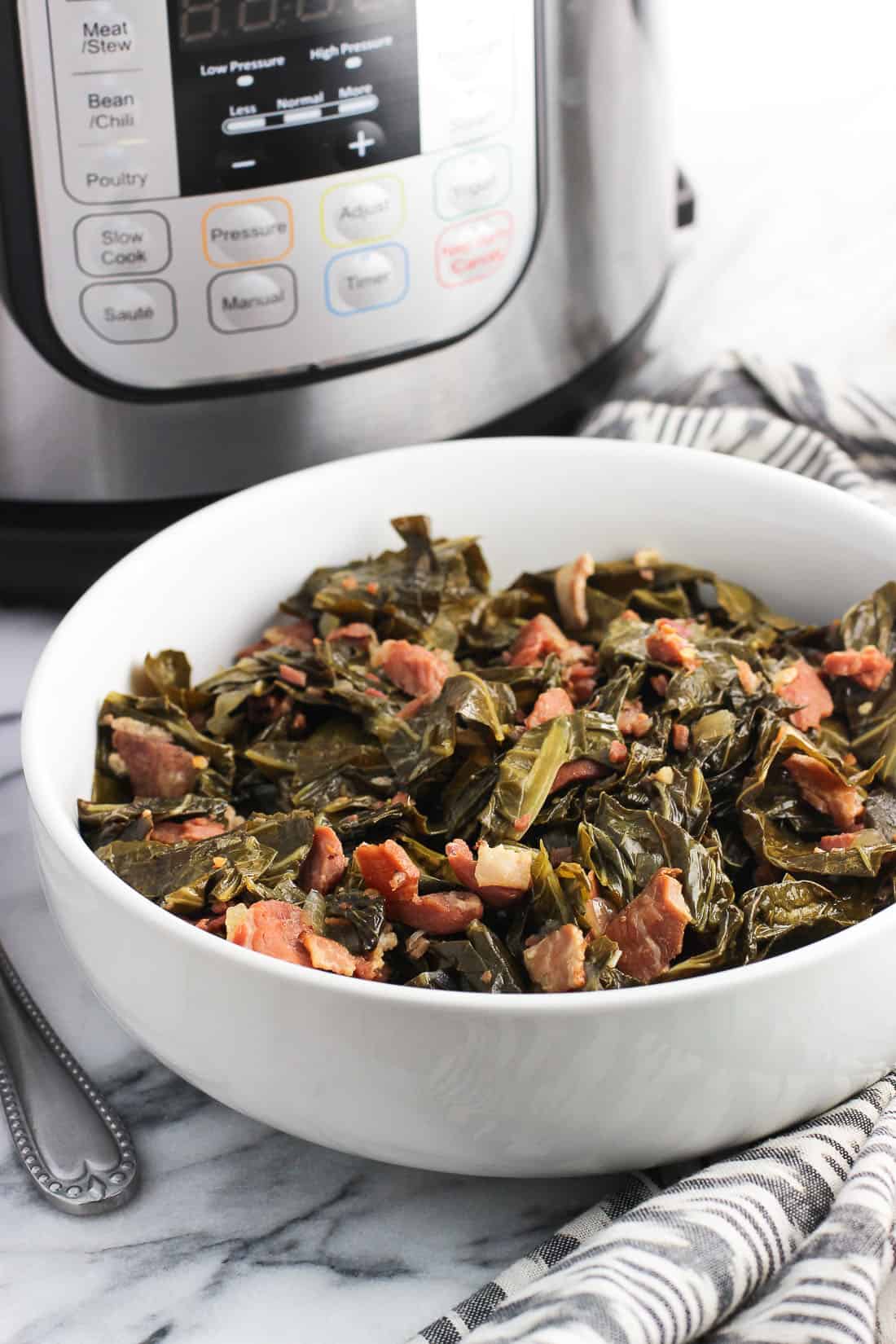 This recipe is adapted from the Southern greens side dish at The Loveless Cafe, which were probably the first Southern greens I'd ever eaten. It was to my surprise when I went on their website in the hopes of learning if they use collard or turnip greens that, upon clicking their picture, the full recipe appeared.

And a few Instant Pot notes... 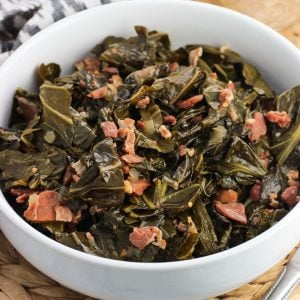