Think outside the box when it comes to your next pizza night! This focaccia pizza features potatoes IN the crust for a unique flavor and a crisp yet chewy focaccia crust. Simple and bold toppings such as crushed tomatoes and onions round out the flavor for a special pizza recipe that is soon be a favorite!

If this post isn't the epitome of a family recipe, then I don't know what is. 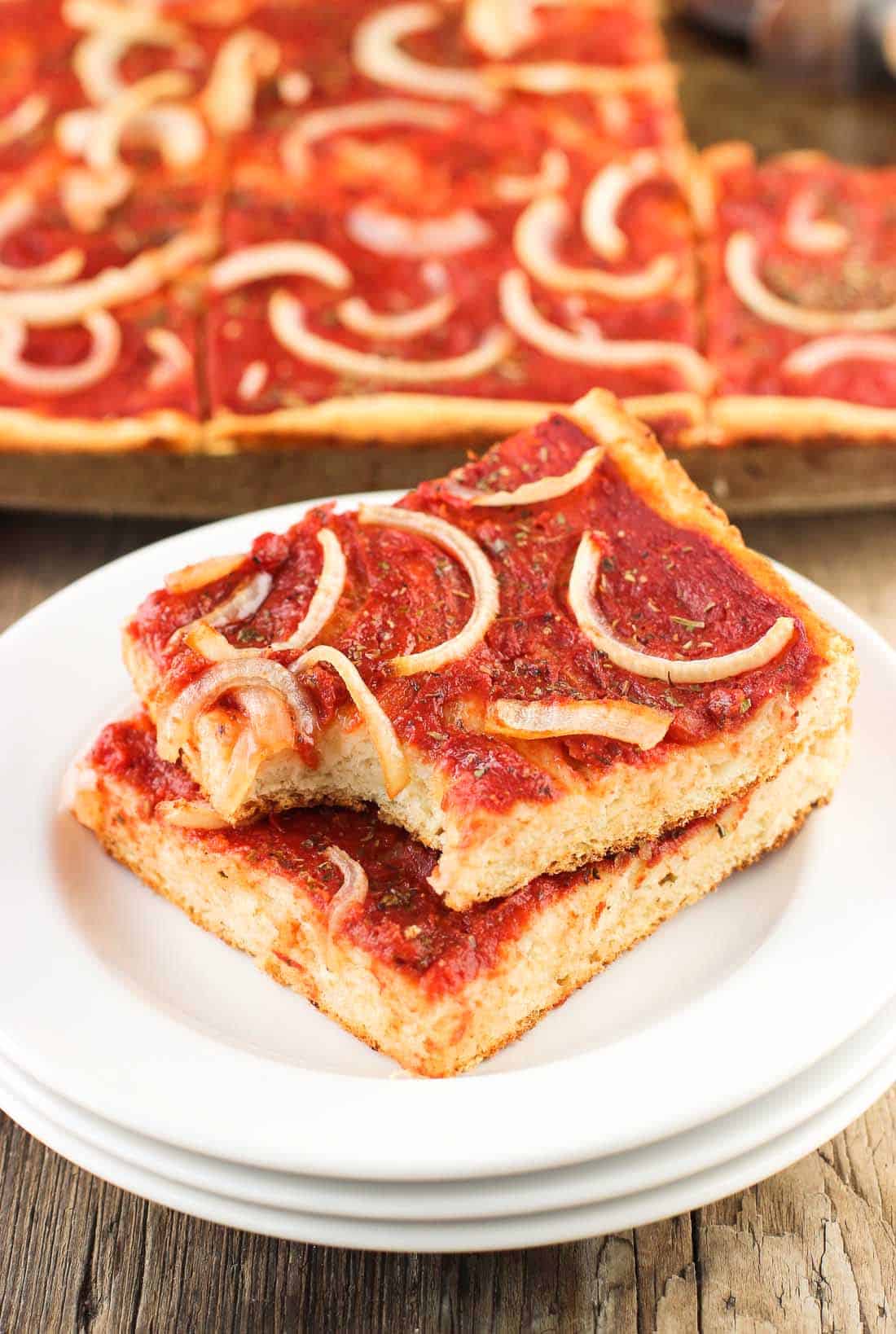 Growing up in an Italian family, cooking, eating, talking about cooking, and talking about eating are some of our favorite pastimes. They still are, actually. 🙂 Dinner gets decided over breakfast (and sometimes breakfast the day before), I'm happiest when the freezer is stocked to the brim with leftovers, and rarely a meal goes by without a picture being texted to someone. Is it any surprise I have a food blog?

With our schedules, Brian and I gravitate towards quick meals that can be prepared without a whole ton of prep. Trying to throw together a dinner that takes longer than thirty minutes is hard work when you're hungry/hangry/tired. BUT lately I've been making an effort to prepare recipes that require extra TLC on the weekends when I generally have more time. This potato crust focaccia pizza, a recipe from my great aunt, was a no-brainer! 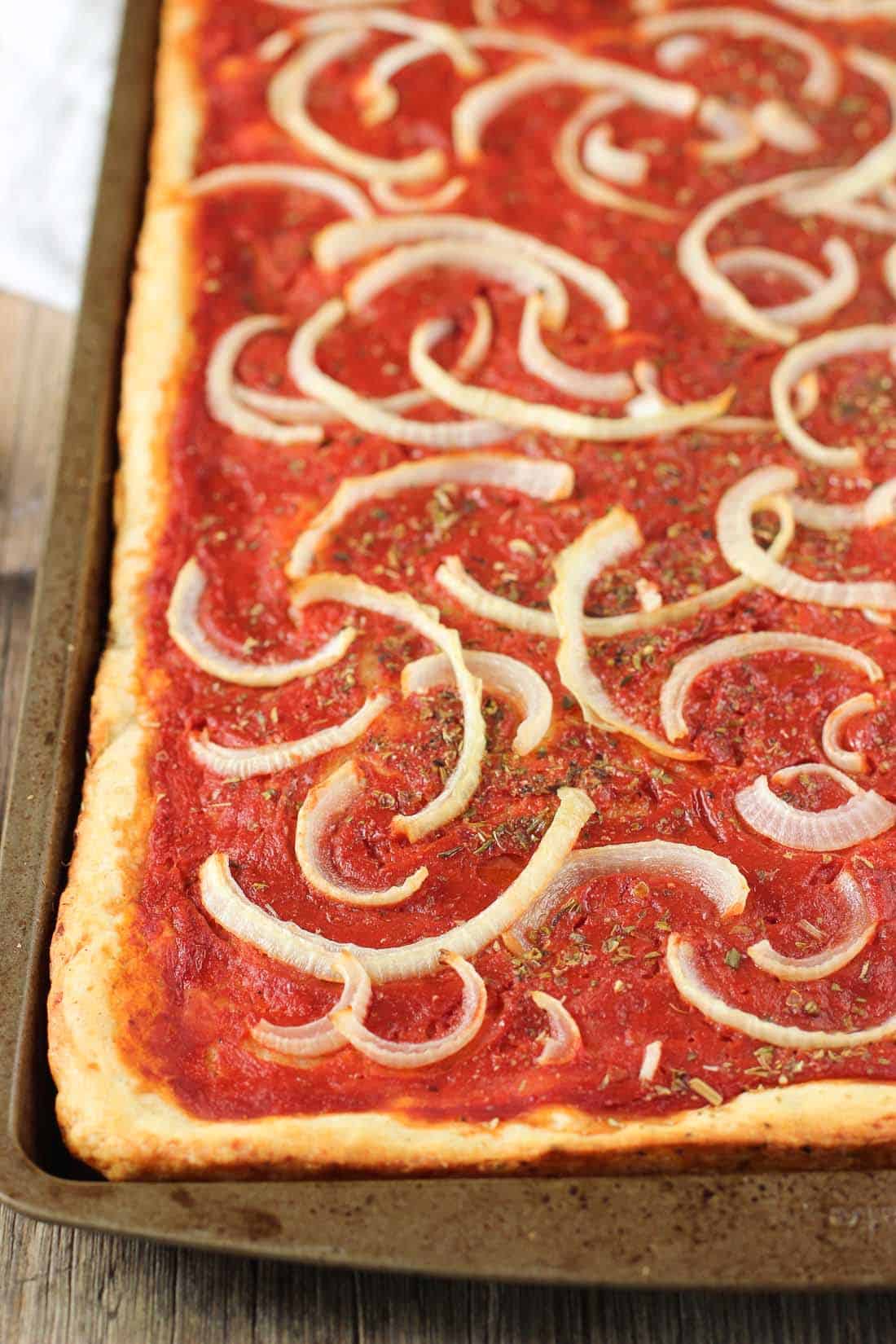 By my rough estimate there are 50 million quicker pizza recipes out there. I promise you though, with the deliciously unique flavor this focaccia pizza brings, the effort and time will be worth it. I mean, hello, there are potatoes IN the crust! You know it's going to be good. 🙂

How do those potatoes get there? They're boiled, peeled, and riced, and then worked into the pizza dough. I don't have a ricer, so I used a food grater to break down the boiled potatoes and it worked perfectly. Maybe potatoes in pizza dough sounds a little unusual, but whoa mama is it good. Really good. I don't know what magic those potatoes do in there, but this dough is one of my all-time favorites.

The toppings are kept simple to let the flavor of the focaccia stand out, using just crushed tomatoes, oregano, salt, pepper, sliced onions, and olive oil. Simplicity speaks here for sure. I've mentioned my mom's aunt before and her keen skill on being an immaculate hostess. This is her recipe, which we are lucky enough to have documented in her writing (otherwise good luck trying to remember these steps from scratch. Eeesh!).

When she hosted family meals, she routinely cooked enough food to feed the crowd ten times over. No one complained, because her dishes were top-notch and leftovers were greatly welcomed. True to form, her recipe as written yielded two 11" x 17" pans of this focaccia pizza. Even with our trusty freezer, that's a lot of pizza for just the two of us. I've halved the original recipe here, which is the reason why a few of the measurements are a bit fussy. Worth the time spent washing a few extra measuring spoons? Yes, yes yes! 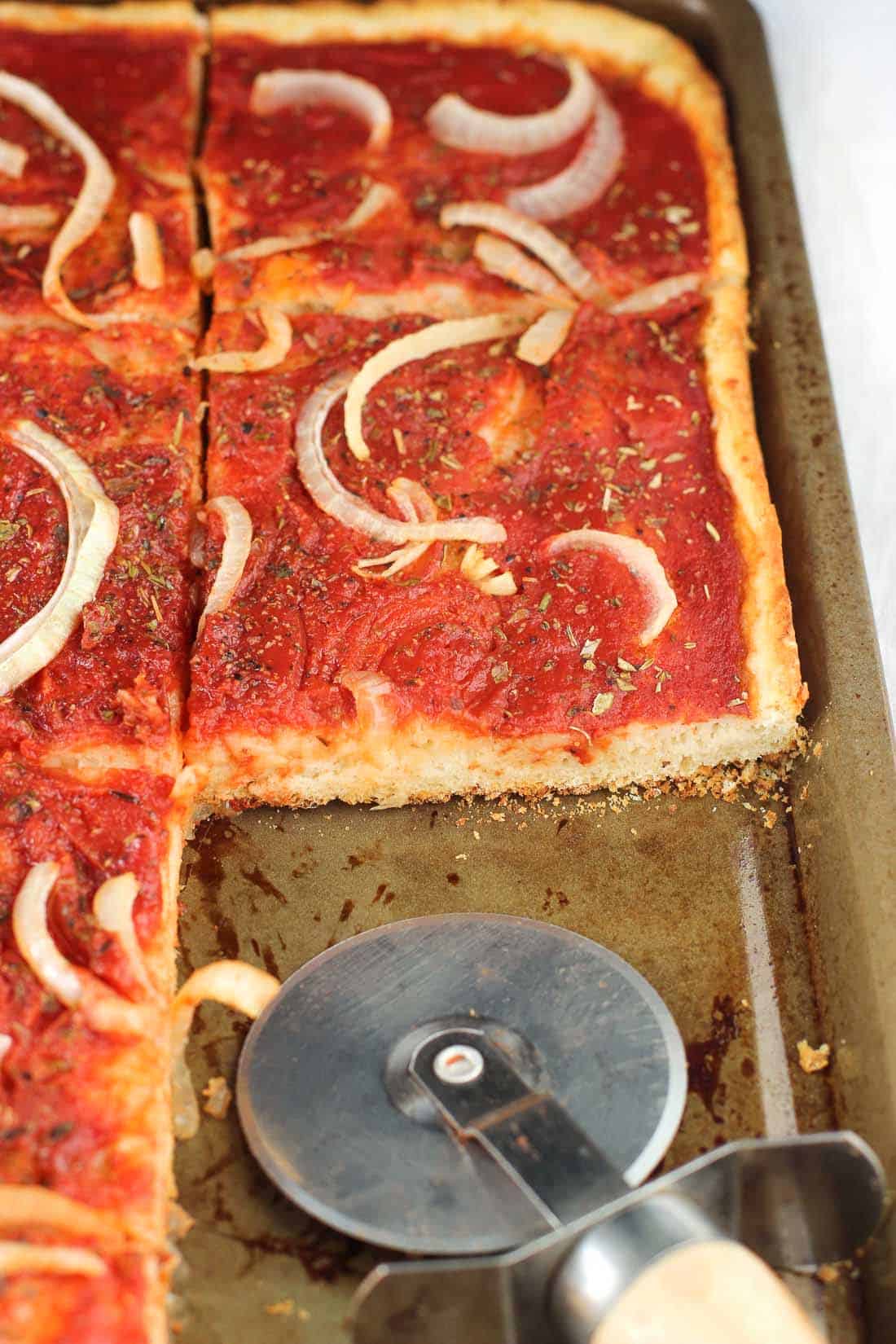 I haven't eaten potato crust focaccia pizza in years, but the moment the aroma started wafting from the oven I knew this one was legit. Immediately I was brought back to my childhood. This was confirmed by my first bite, and the second, and the third...

P.S. In our family, we refer to this potato crust focaccia pizza as "Aunt Lucy's Pizza". It was so hard thinking of an SEO-friendly name for this post. 😂 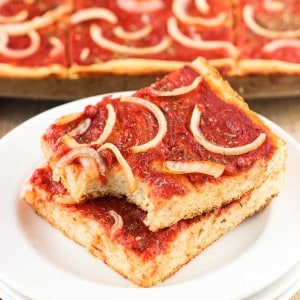 Think outside the box when it comes to your next pizza night! This focaccia pizza features potatoes IN the crust for a unique flavor and a crisp yet chewy focaccia crust. Simple and bold toppings such as crushed tomatoes and onions round out the flavor for a special pizza recipe that is soon be a favorite!
4.50 from 2 votes
Print Pin Rate
Course: Main Dish
Cuisine: Italian
Prep Time: 2 hours 40 minutes
Cook Time: 40 minutes
Total Time: 3 hours 20 minutes
Servings: 12 slices
Calories: 217kcal
Author: Alyssa

Here are some other family favorites that have made their way to the blog!

Sunday Sauce with Meatballs and Sausage 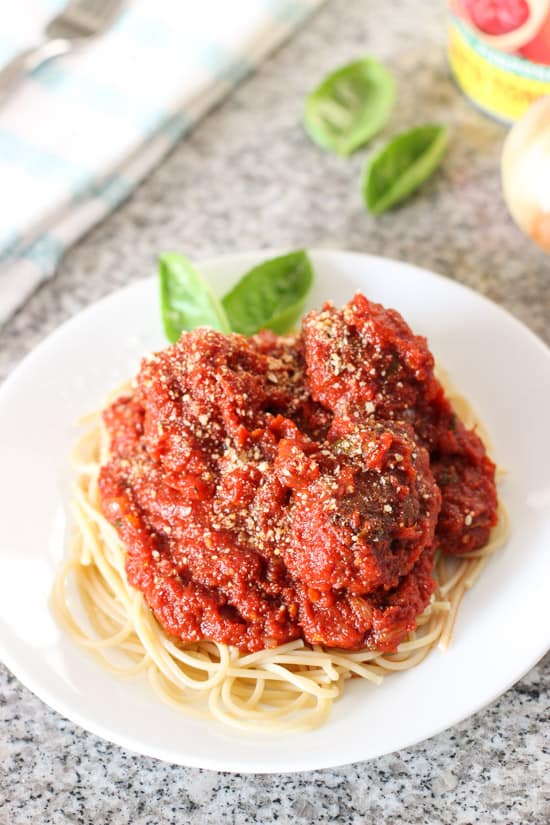 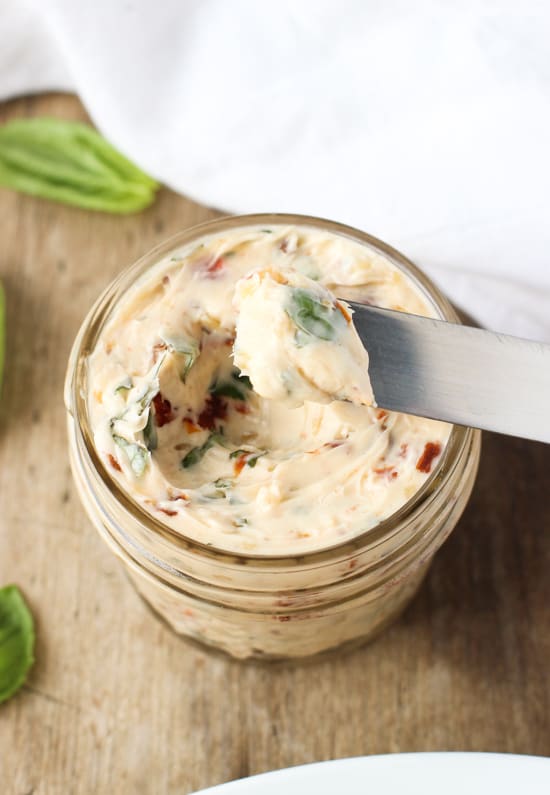