These whole wheat gingerbread waffles are fluffy, yet crisp on the outside thanks to a simple trick. Enjoy these waffles as a festive holiday breakfast or as a warmly spiced treat year-round. Great to freeze and reheat! 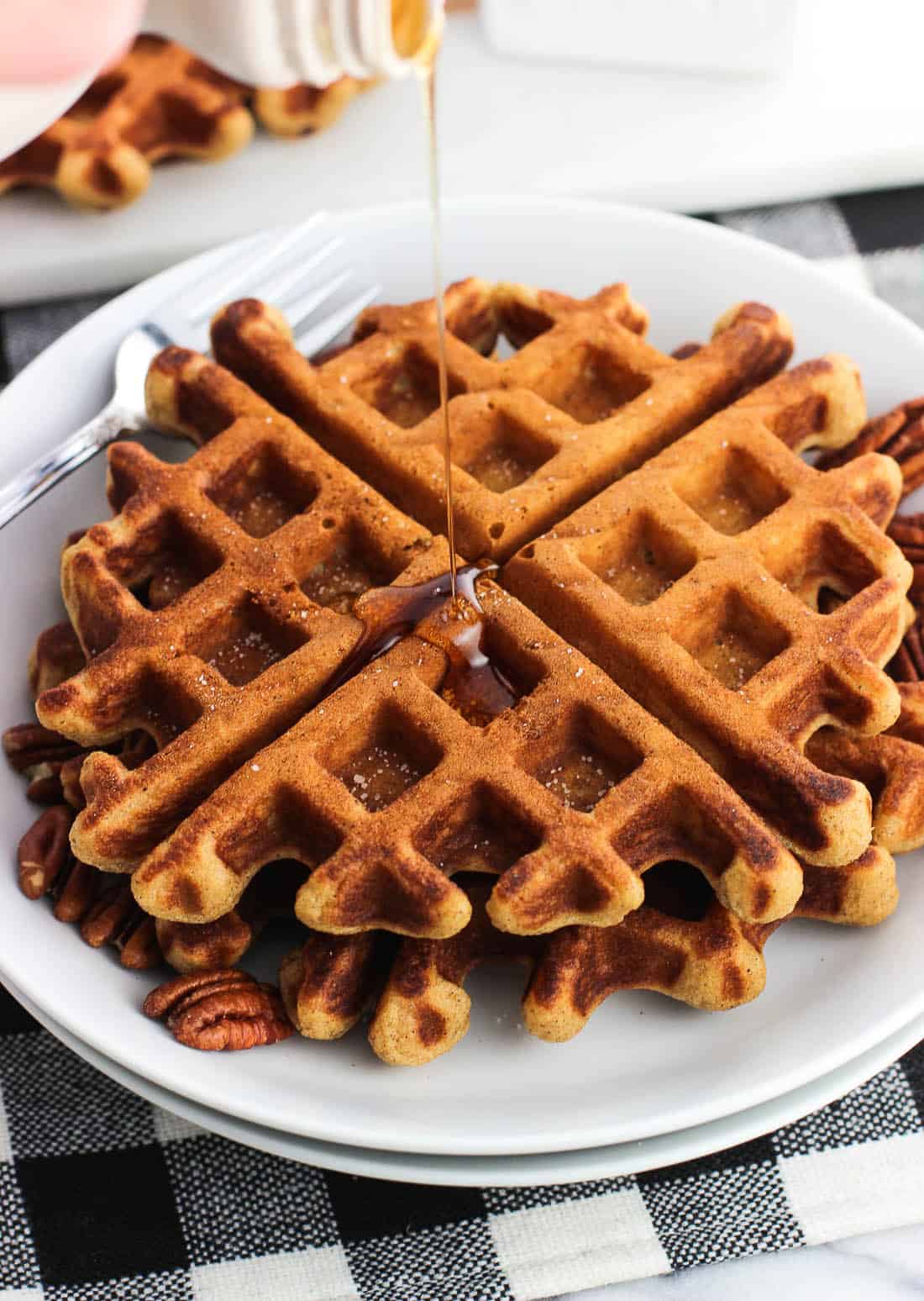 'Tis the season to turn all of our favorites into gingerbread!

I love both pancakes and waffles, but my husband has a strong preference for waffles, so that's what we make most of the time.

Because waffles aren't necessarily chock full of nutrition, I've taken to making them with white whole wheat flour to give a typically empty-carb kind of breakfast a little oomph. With a little bit of cinnamon and nutmeg (and of course maple syrup) you really can't even tell they're whole wheat waffles at all. 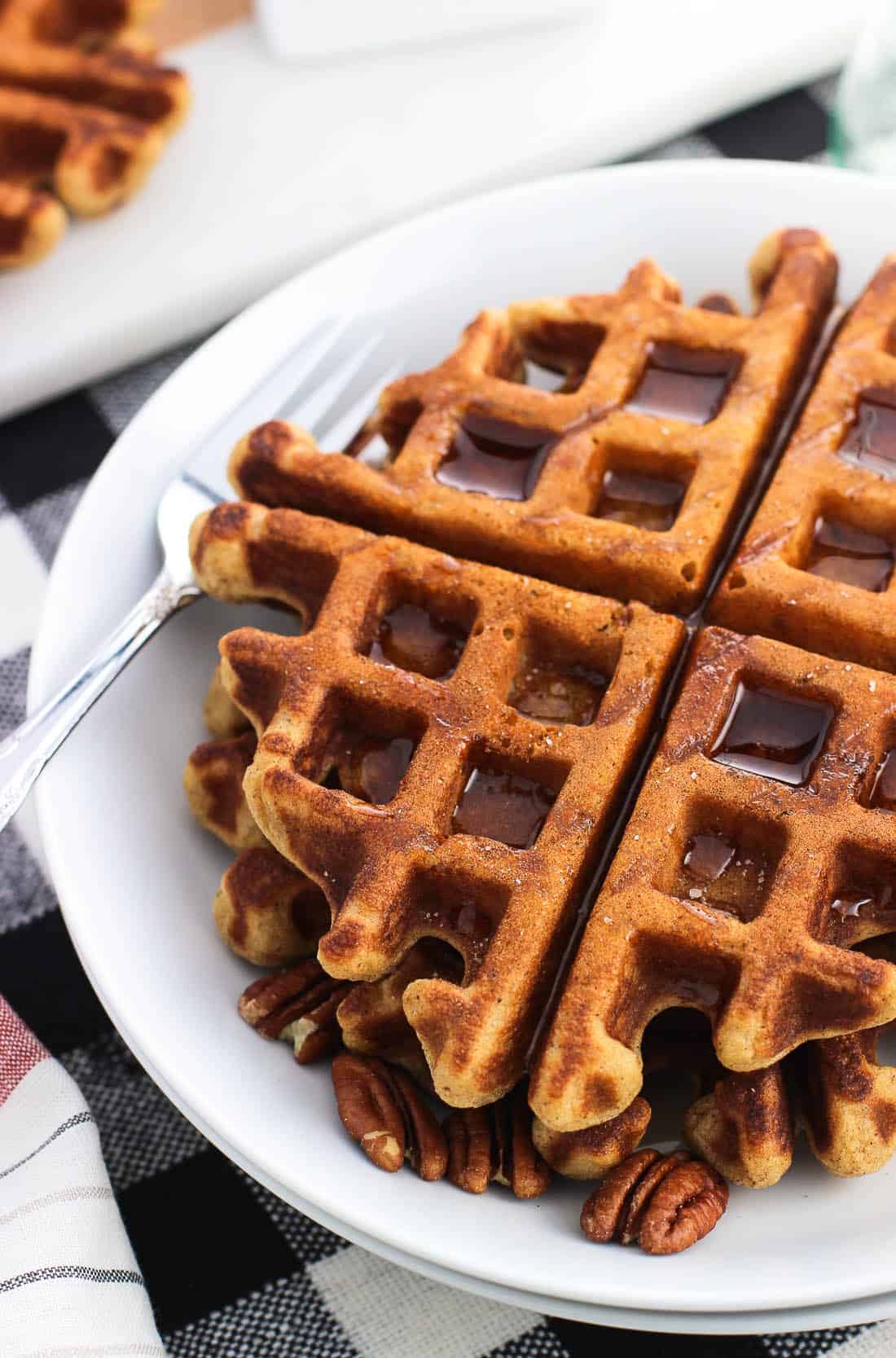 While these gingerbread waffles aren't as quick as those that use a box mix, most -- if not all -- of the ingredients are ones I usually have on hand.

If you already have a prepared gingerbread spice mix you could always use that in place of the individual quantities written in the recipe card below, or sub in other spices you like in gingerbread recipes.

I'm usually a big ground white pepper fan in gingerbread/spice recipes, but didn't want to go too crazy given this is breakfast and all. Here I stuck with cinnamon, ginger, nutmeg, and cloves and thought it added a well-rounded warmth. 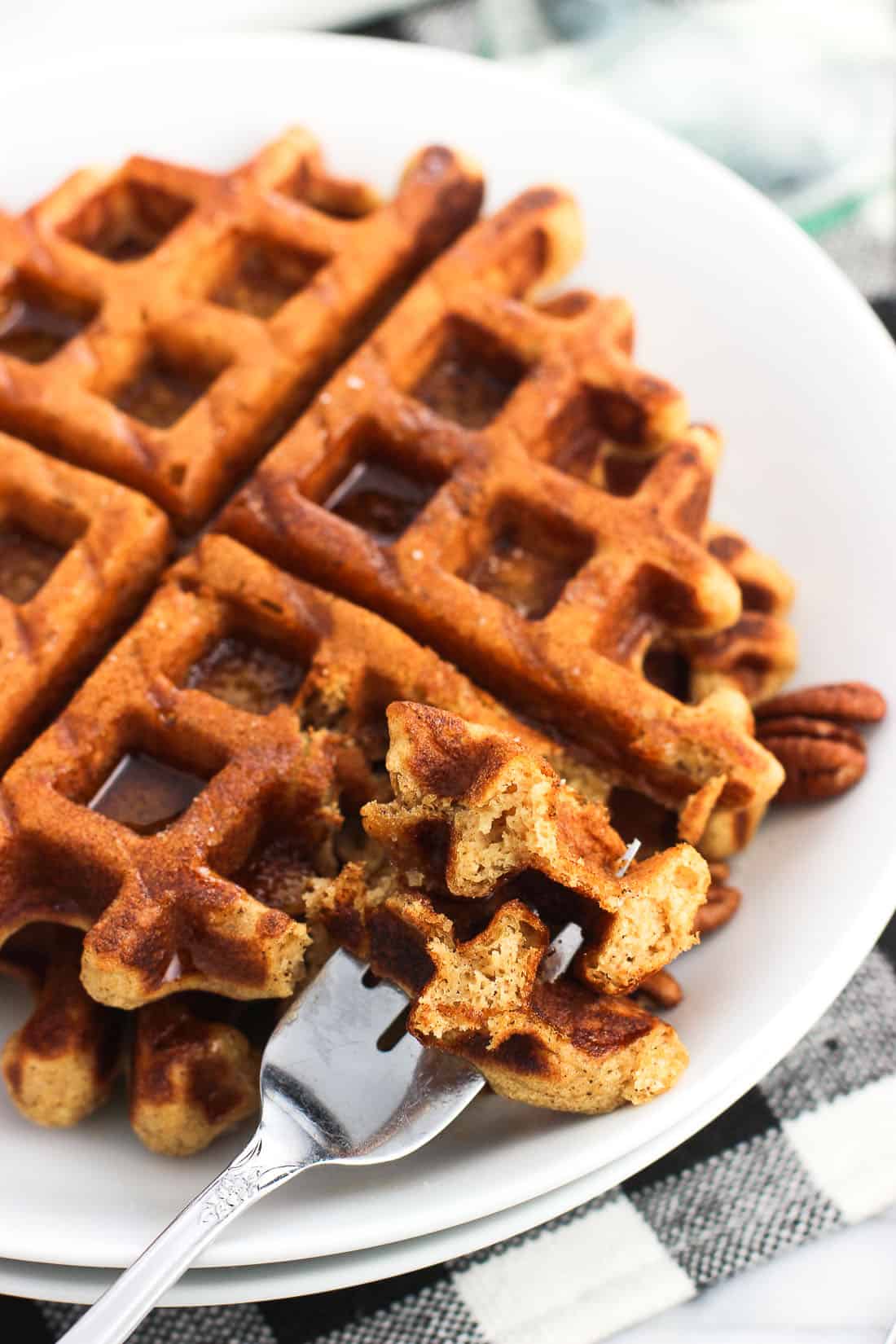 My absolute favorite trick to getting these whole wheat gingerbread waffles EXTRA fluffy and crisp is separating the eggs.

You'll want to separate the eggs, adding the yolks to a big bowl with the rest of the wet ingredients. Now for the egg whites. Add them to a food processor and whiz for a few seconds at a time until they're frothy. Then fold them into the batter until you don't see any more little pockets of foam and you're ready to cook.

Usually I will go to great lengths to minimize the number of dishes and bowls I need to clean, but I'll say the extra effort here is well worth it.

Folding whipped up and frothy egg whites into the batter gives these waffles an airiness that carries over into the finished product. They're light and fluffy inside while maintaining a crisp exterior.

Waffle perfection if you ask me! 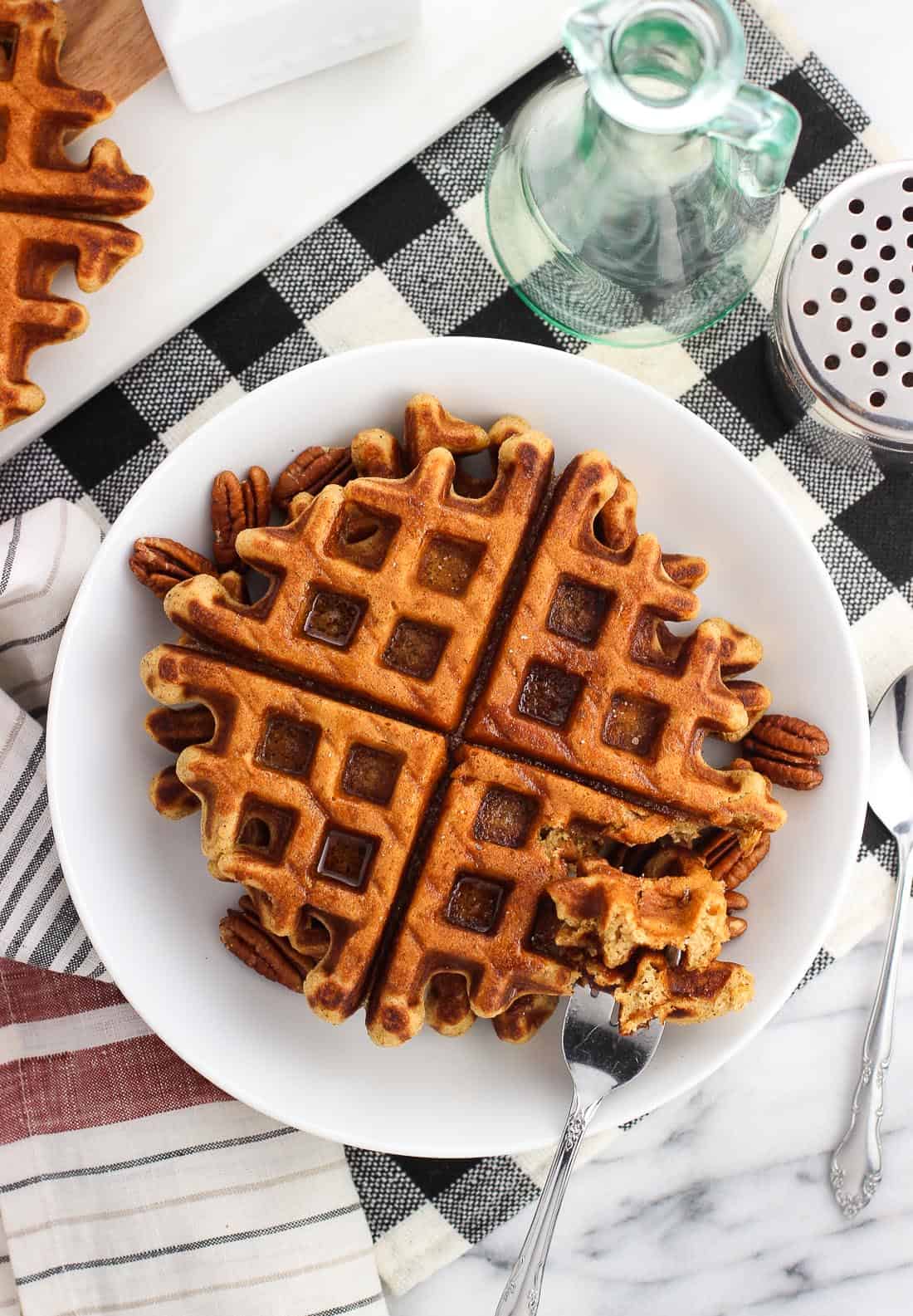 P.S. Just be sure to fold in the whites enough so they disperse and don't leave any larger areas of just whites. If they're not folded in enough, you risk pieces of cooked egg whites forming within the waffles. Ask me how I know. 😉

Did that, still ate them, loved them, but just consider this a word to the wise. 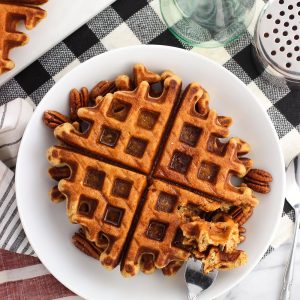 These whole wheat gingerbread waffles are fluffy, yet crisp on the outside thanks to a simple trick. Enjoy these waffles as a festive holiday breakfast or as a warmly spiced treat year-round. Great to freeze and reheat!
No ratings yet
Print Pin Rate
Course: Breakfast
Cuisine: American
Prep Time: 8 minutes
Cook Time: 8 minutes
Total Time: 16 minutes
Servings: 12 (one 4"x4" square)
Calories: 236kcal
Author: Alyssa

Buttermilk: To make homemade buttermilk, pour 1 ½ tablespoon of white vinegar to 1 ½ cups of 1% (or 2%) milk, stir, and let sit for a few minutes before adding to the recipe. Wrap leftover waffles with foil and refrigerate, or wrap with foil and store in an air-tight bag or container and freeze. To reheat, pop individual waffles in the toaster so they're crispy.

The pictures in this post have been updated in December 2017. The recipe remains the same!