So, those after-vacation blues. Where you walk through the door, set down your bags, and sink into the couch while thoughts of reality (such as calculating the number of loads of laundry to be done, chores to complete, work emails to answer, etc.) come hurdling back at you?

I think I have the "after-these-waffles" breakfast blues.

It's likely on this Monday morning that the only breakfast excitement I'll get is deciding between a pineapple- or a strawberry-flavored Greek yogurt. But it's normal to look forward to the breakfast you'll eat five days from now, right? Because I'm pretty sure I'll be daydreaming of juicy blueberries and fluffy cornbread waffles until Saturday morning rolls around. 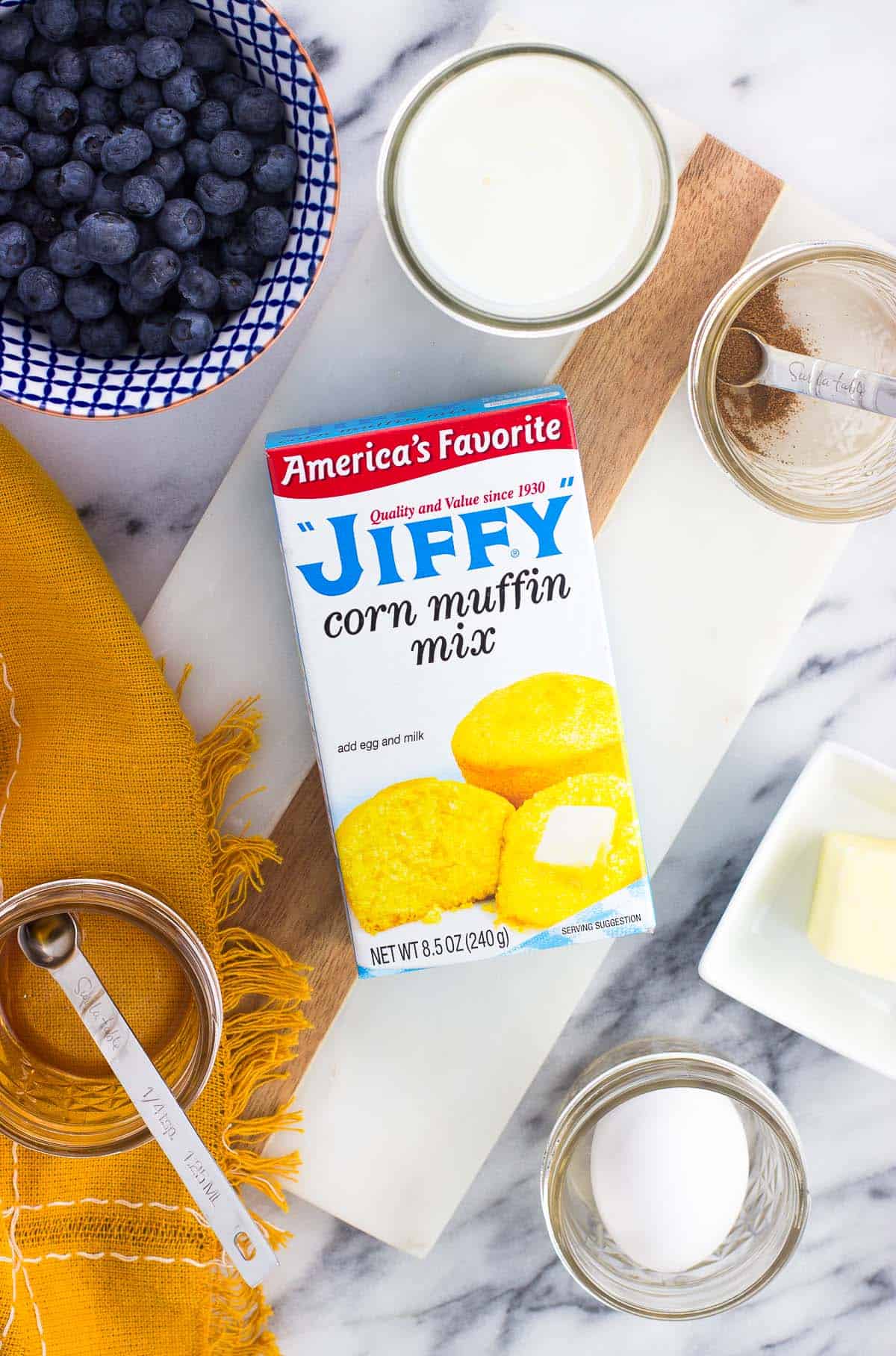 More often than not the recipes here will be from scratch, but I'm certainly no stranger to semi-homemade shortcuts. These cornbread waffles fall into the second category as we're doctoring up a corn muffin mix.

Jiffy is a boxed mix on the smaller side, so it's my pick for this smaller batch of waffles. It's also really cheap, around fifty cents or so, and is clutch for having around in the pantry just-in-case. (FYI this post is not sponsored in any way.) When making this mix traditionally, stale pieces make the best cornbread croutons. They're perfect for topping chili!

Using a mix also means that we don't have to worry about adding leavening. In addition to the egg and milk called for on the box, there are a few other ingredients here to bump up the flavor. We have melted butter, vanilla extract, ground cinnamon, and fresh blueberries. Warm cinnamon pairs so well with both cornbread and blueberries. 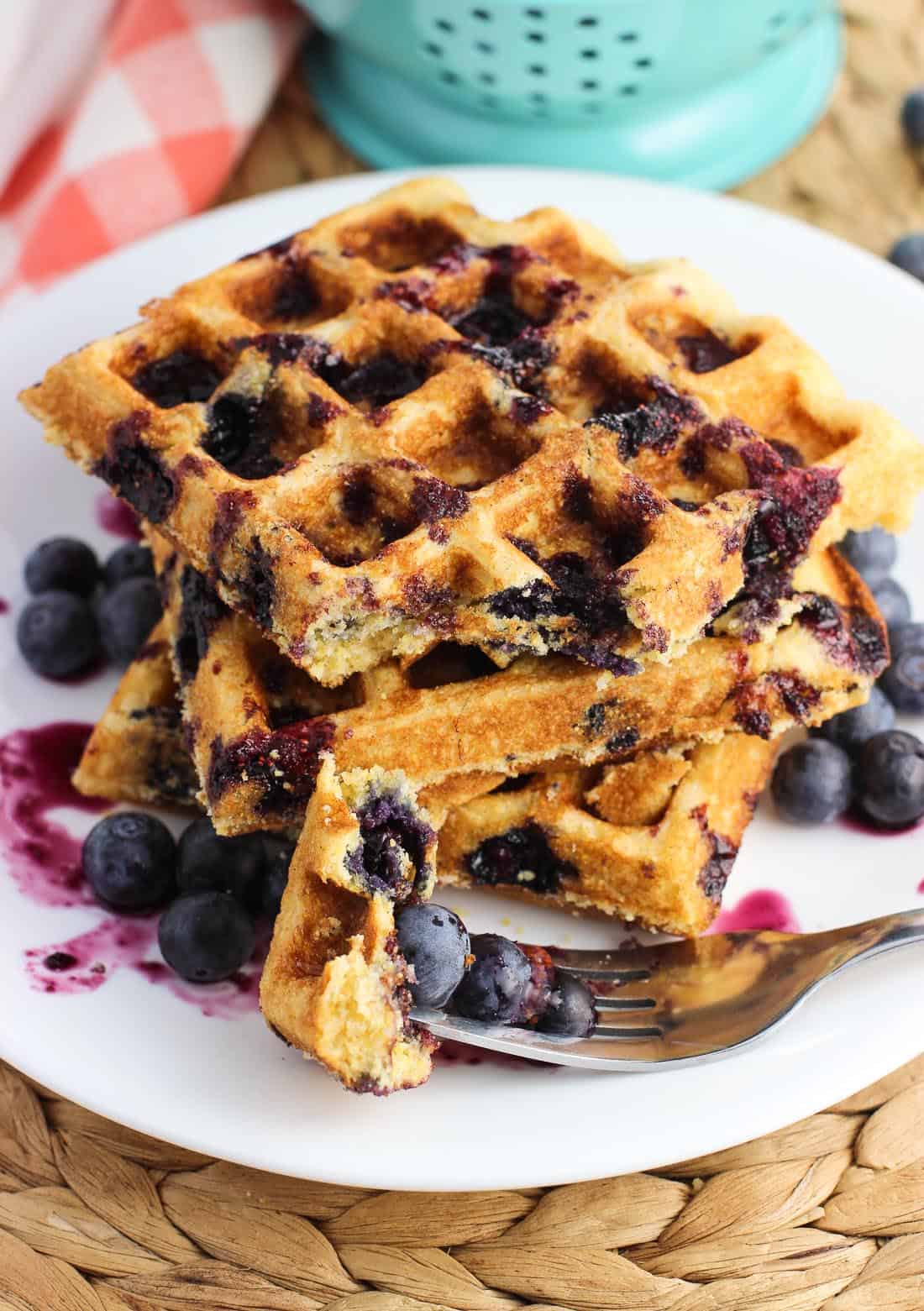 These cornbread waffles really couldn't be easier. First whisk together the dry corn muffin mix and the ground cinnamon. With your whisk try and break up any clumps so the dry ingredients are smooth and have an even consistency.

Then add the rest: egg, milk, melted butter, and vanilla extract. Whisk or stir until just combined. It's time to start heating your waffle iron.

Follow your waffle iron instructions and adjust the heat settings how you like. These waffles are really tender with a soft interior and slightly crisped exterior. They're not a super crisp waffle like these best ever whole wheat waffles, but are more on the fluffy side with lots of juicy blueberries throughout. 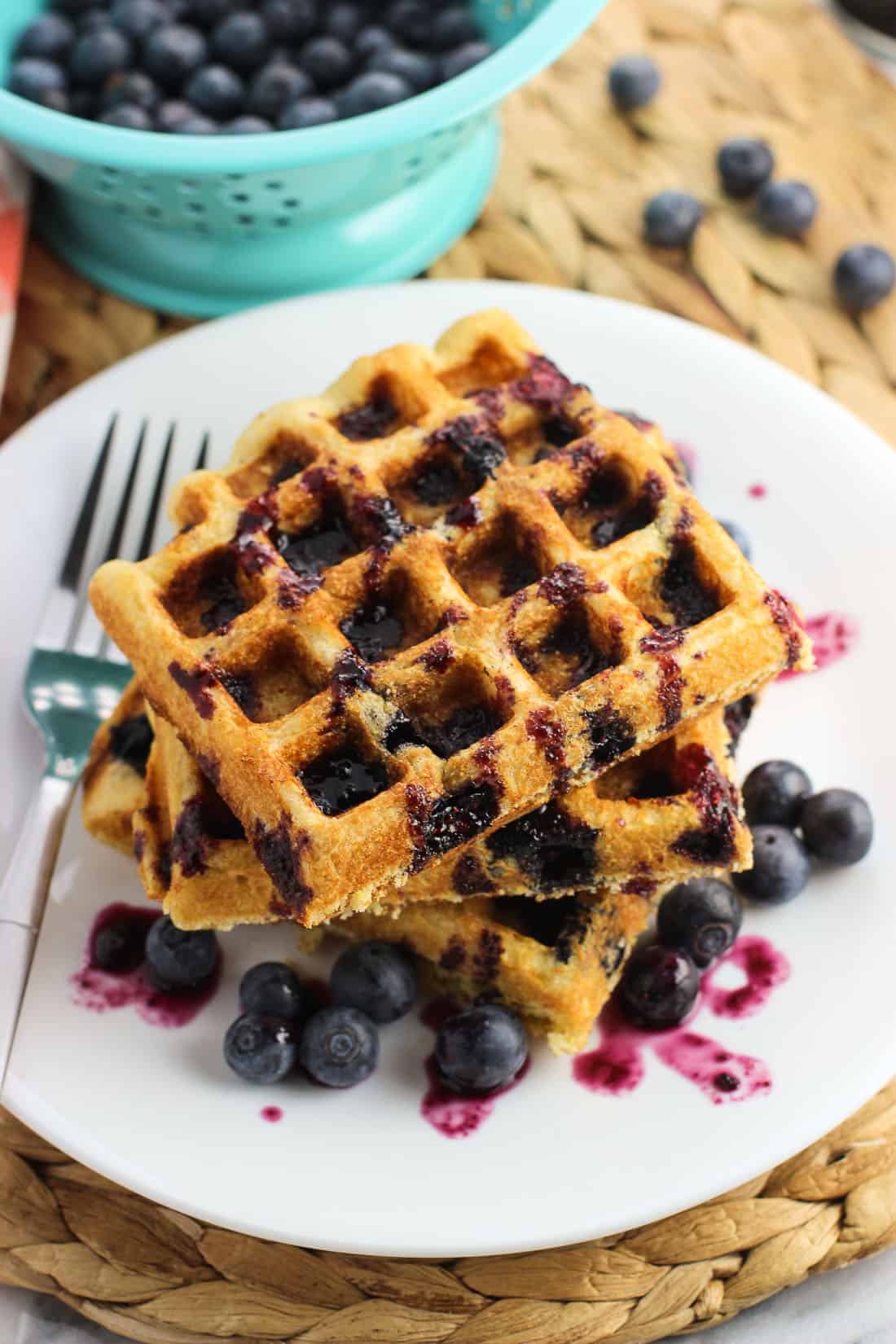 This recipe for cornbread waffles is a good option for using up blueberries that are slightly past their prime. You know, the ones that are still good, but a little wrinkly and quite up to just-pop-in-your-mouth-to-snack-on status? They get smushed in the waffle iron and no one will be the wiser.

While this part is optional, what really takes these waffles over the top is a nice and purple-y drizzle of maple blueberry syrup. I've linked to the (easy, easy) recipe but it requires just three ingredients: fresh blueberries, pure maple syrup, and vanilla extract, and about ten minutes of time. 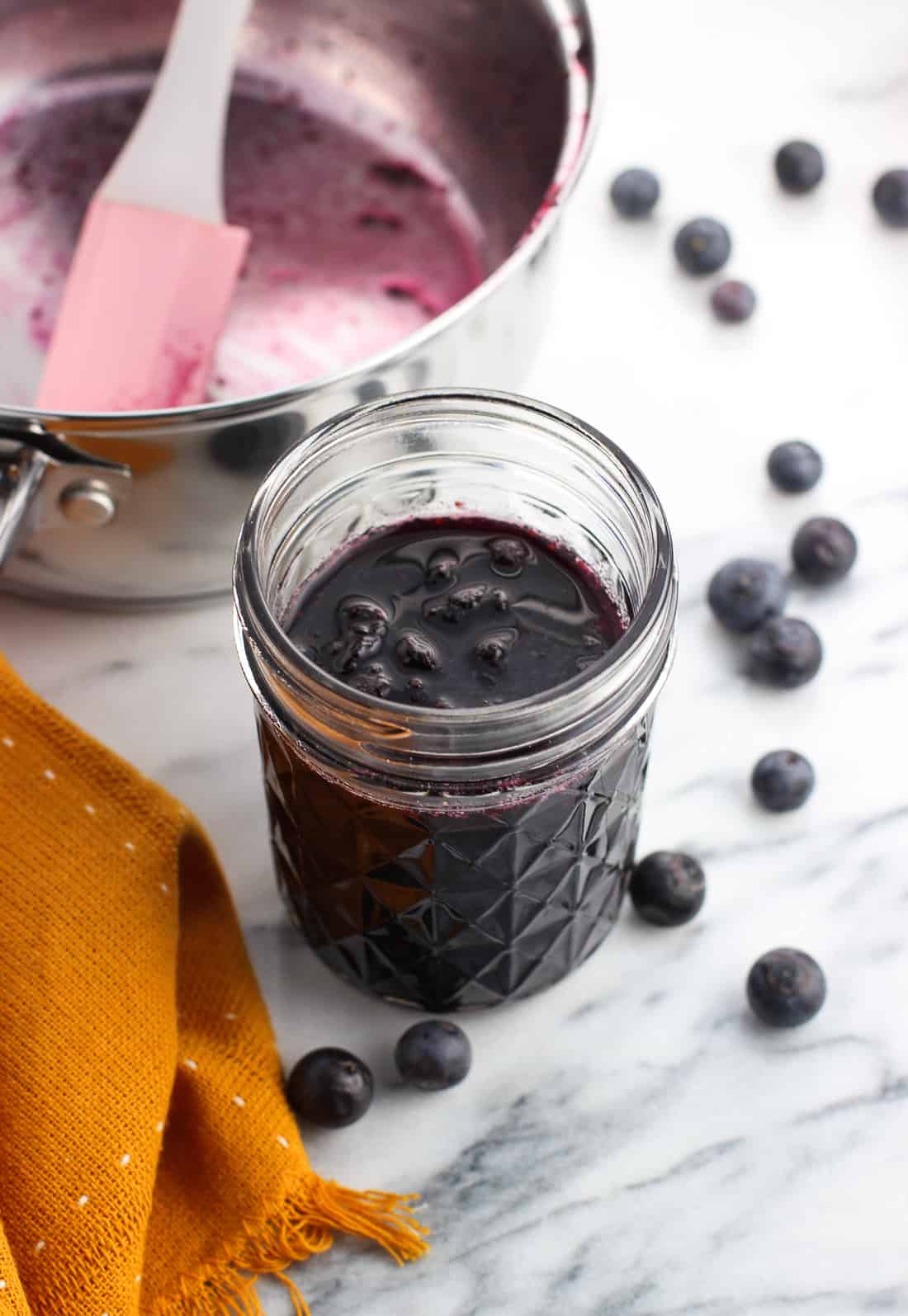 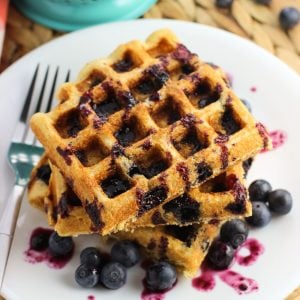 Milk: Use your preferred variety (I usually use 1% or 2%).
Tried this Recipe?Tag @mysequinedlife - I love to see what you're making!