Sheet pan bratwurst and sweet potatoes is an easy dinner recipe where the meat, toppings, and side dish cook all on one pan. The bratwurst brown and ‘crisp’ up while the sliced onion softens beautifully. Stone ground mustard and warm spices flavor the roasted sweet potatoes for a complementary and delicious side dish. 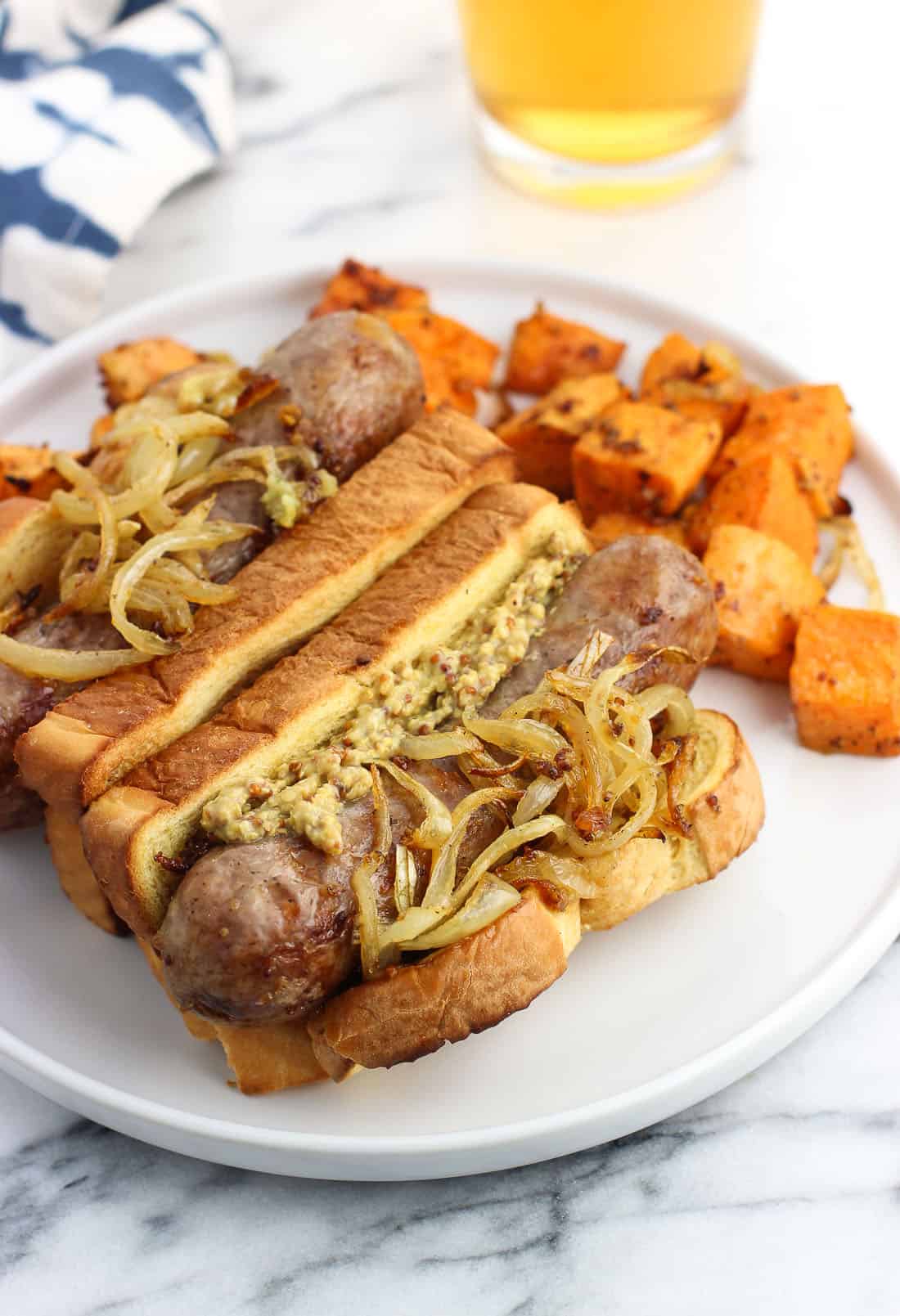 I’m not one to glorify being ‘busy’. Truthfully I’d much rather remove a few things from my plate than be a stressed out mess trying to accomplish everything on a plate as full as it is during Thanksgiving dinner. And for the most part I do a pretty good job of that.

It’s inevitable though that there are seasons busier than normal, and I think I’m in one of those now. We have some upcoming travel happening, which is always something this homebody needs to plan for. Then there are the million and five wedding-related details that each seem to require an hour at minimum of research, emails, phone calls, and deliberation.

As someone who gets anxiety when expecting a return phone call, the planning process back-and-forth isn’t exactly my favorite. 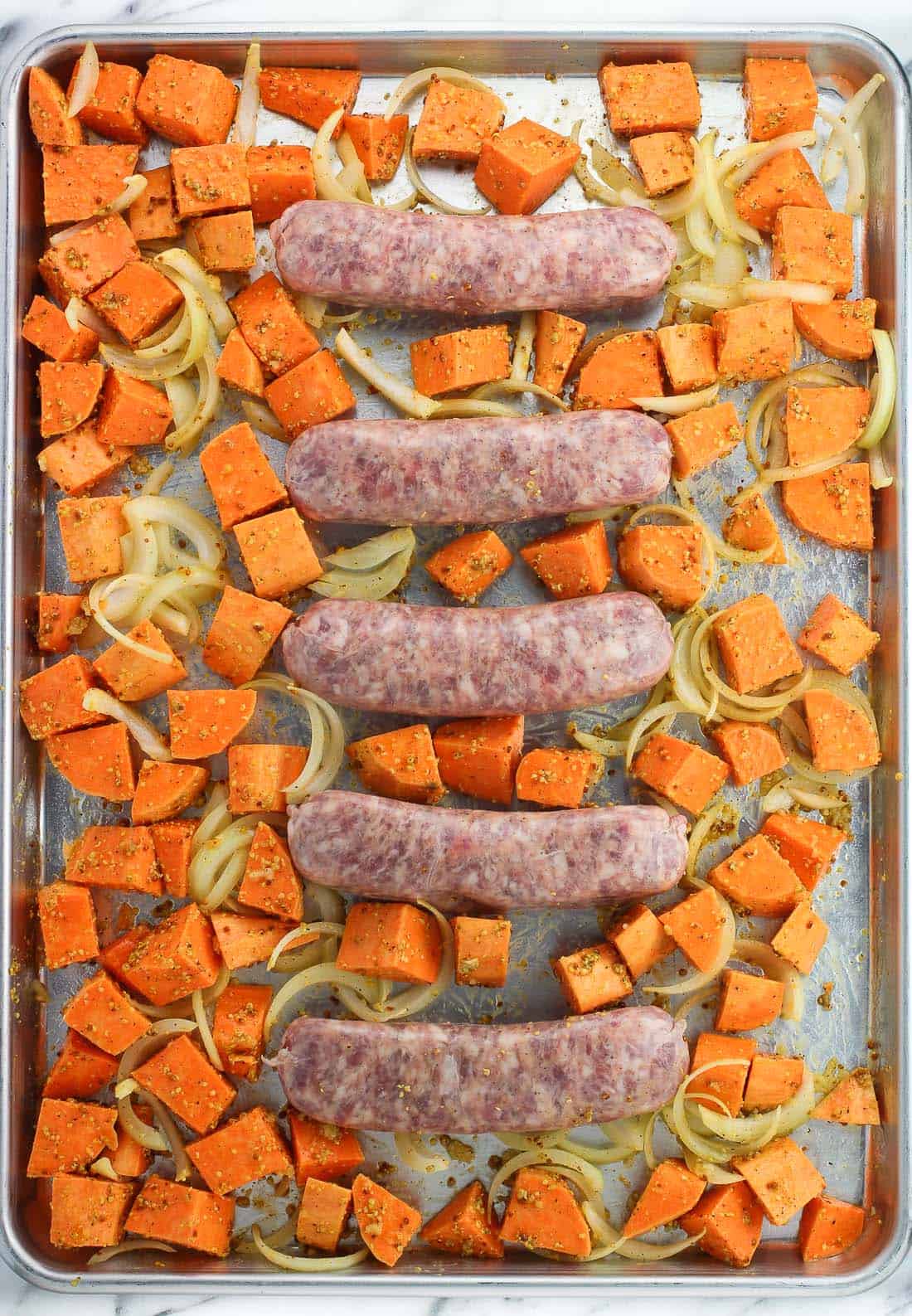 One of the side effects (besides waking up in the middle of the night wondering about the availability of classical guitarists who can play Here Comes the Sun in a particular town and clear coating for shoe jewels so they don’t catch on your dress) has been being a lot more scatterbrained in the kitchen. A lot more!

Which is why I bought fresh bratwurst with a plan to grill them that night without considering the weather report. Which of course called for heavy rain to start just before dinnertime and continue for days.

So! Plan B it was, which resulted in this sheet pan bratwurst and sweet potatoes. The brats still get that browned, blistered exterior, with the added benefit of hands-free cooking the onions and sweet potatoes at the same time.

I think I’ll be cooking bratwurst this way even when it’s sunny outside. 🙂 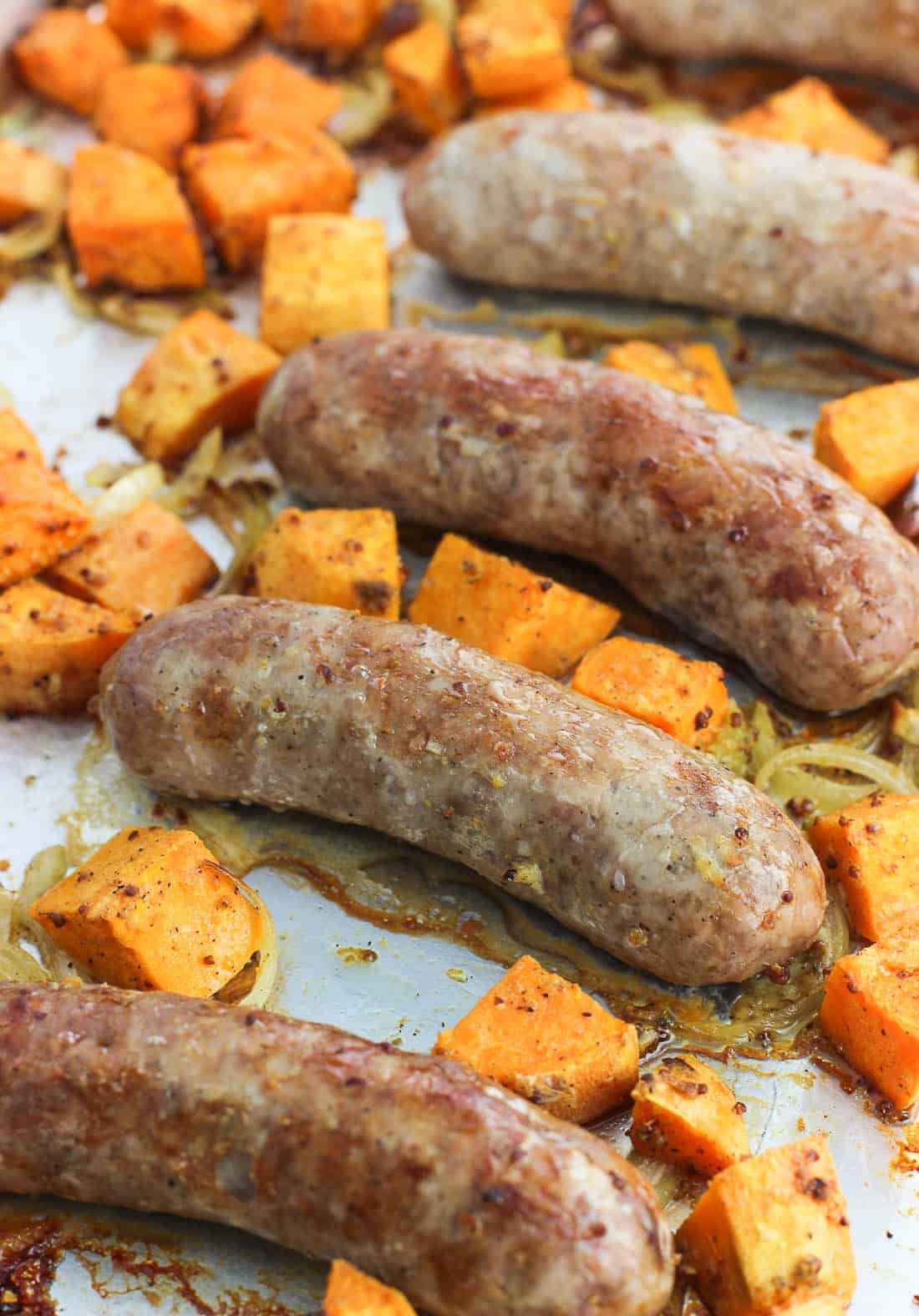 The brats are pretty straight-forward, so let’s talk about the sweet potatoes. They’re tossed in a simple mixture of olive oil, stone ground mustard, garlic, salt, pepper, and ground cinnamon (!) for a warmly spiced flavor without it being overwhelming.

Mustard is a given for me when it comes to brats, so tying that flavor in with the sweet potatoes makes for a complementary side dish.

The other ingredients are pantry staples, but a word about the cinnamon. I’m actually not a fan of sweet sweet potatoes (no marshmallows or candied pecans on mine, please!), but loooove a little bit of cinnamon on my sweet potatoes when combined with savory herbs and spices. These spiced oven roasted sweet potatoes are still my absolute favorite and feature cinnamon in with the rest of the ingredients.

I kept the flavorings simpler here, but if you’re in the market for a new roasted sweet potato recipe to try, definitely see about that one. 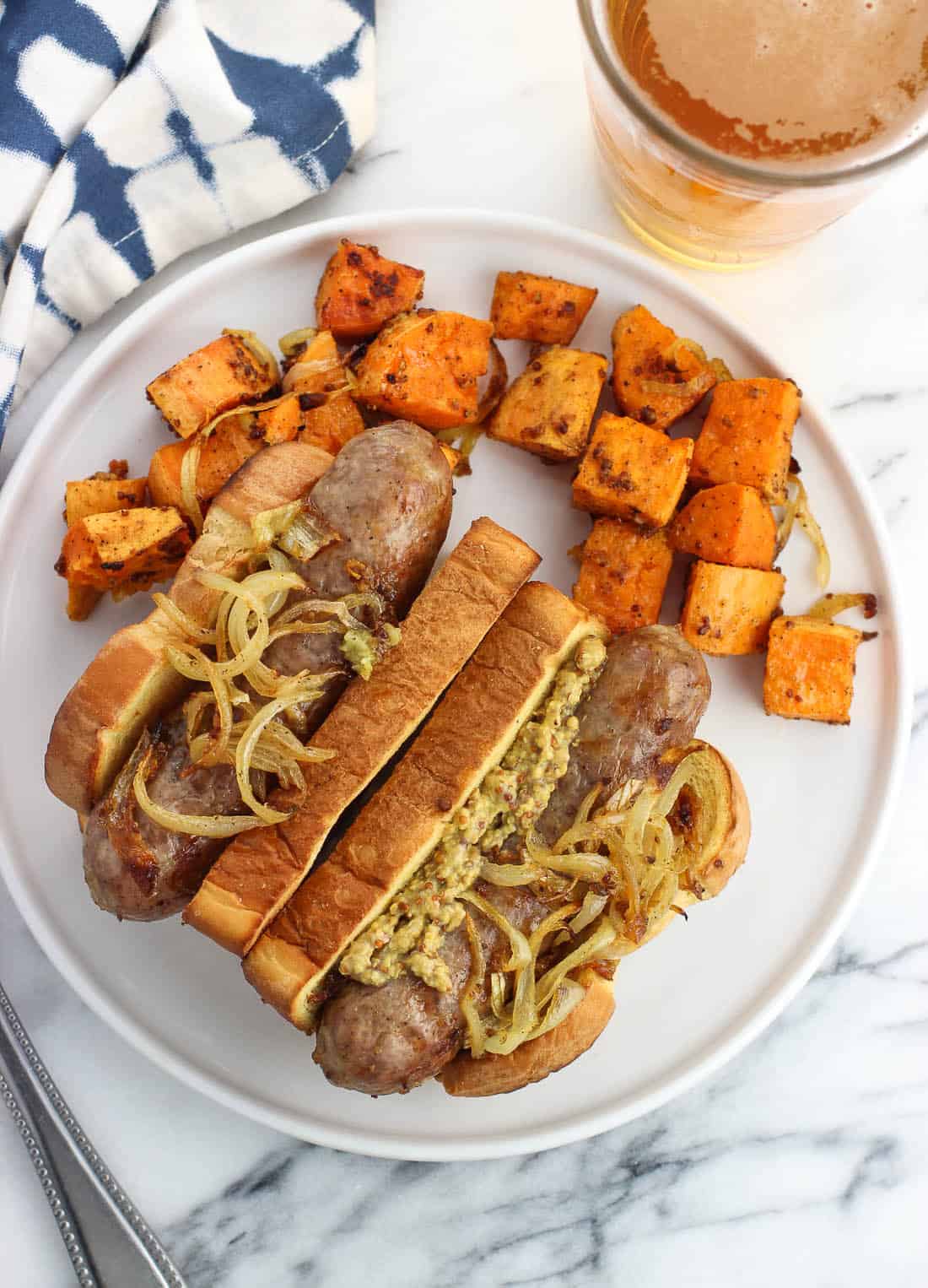 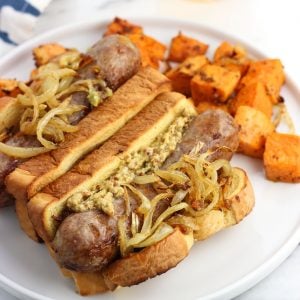