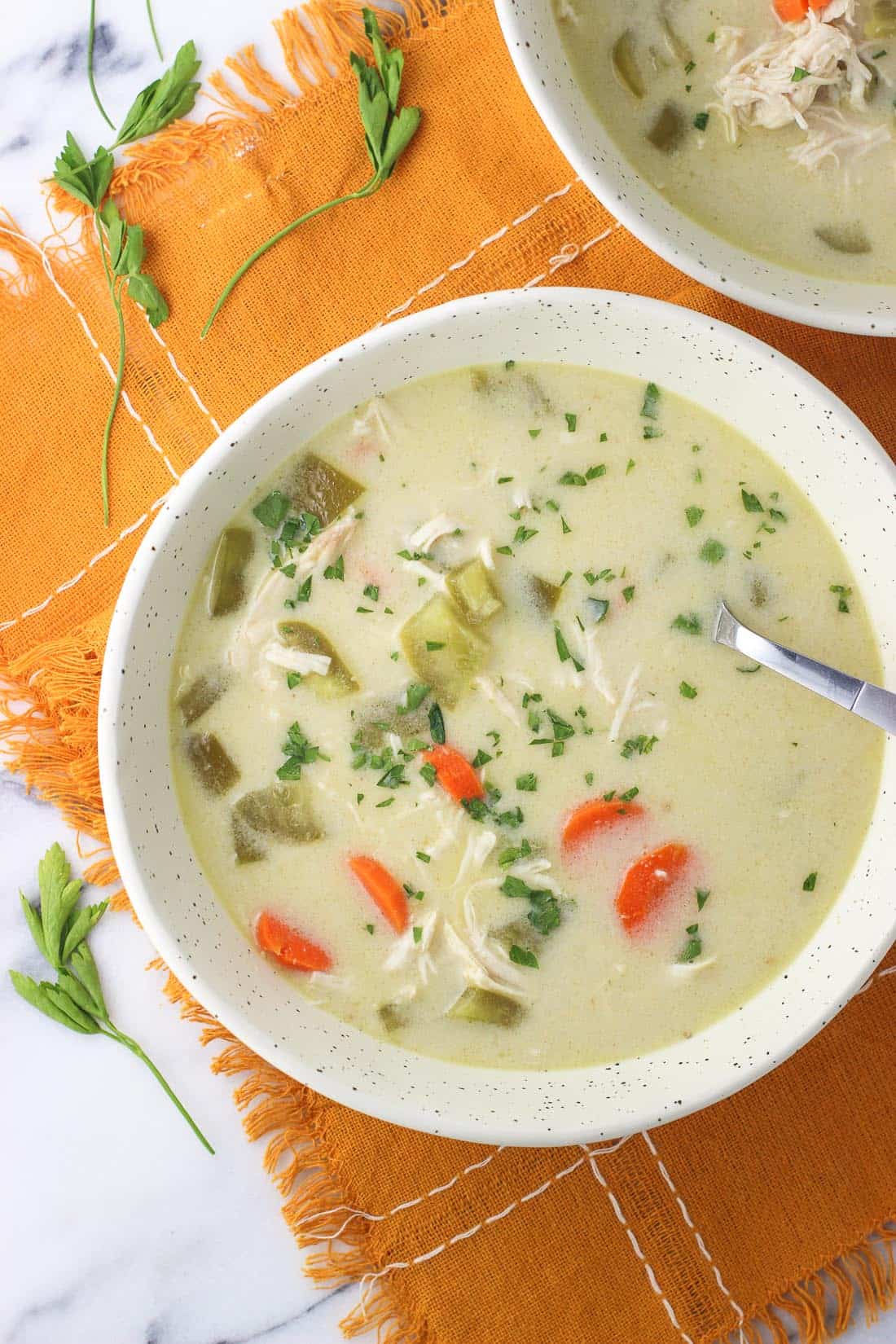 There’s a little cafe in my office building that opened semi-recently, and besides making it that much tougher to remember to bring my lunch from home, they have a KILLER soup-of-the-day selection. I don’t think I’ve ever described a soup menu as ‘killer’ before, but there’s a first time for everything.

One day I walked in and got hit in the face with the most wondrous aroma and turns out it was the soup du jour. I ordered a cup, brought it back to my desk, downed it, and realized I didn’t even know what kind it was. The flavor was perfection but totally unfamiliar…so I went back and asked the sweet lady behind the counter what it was that I had eaten. No shame. Turns out a shining star in that flavor I couldn’t get enough of was green curry paste. Okay…on my next shopping list! 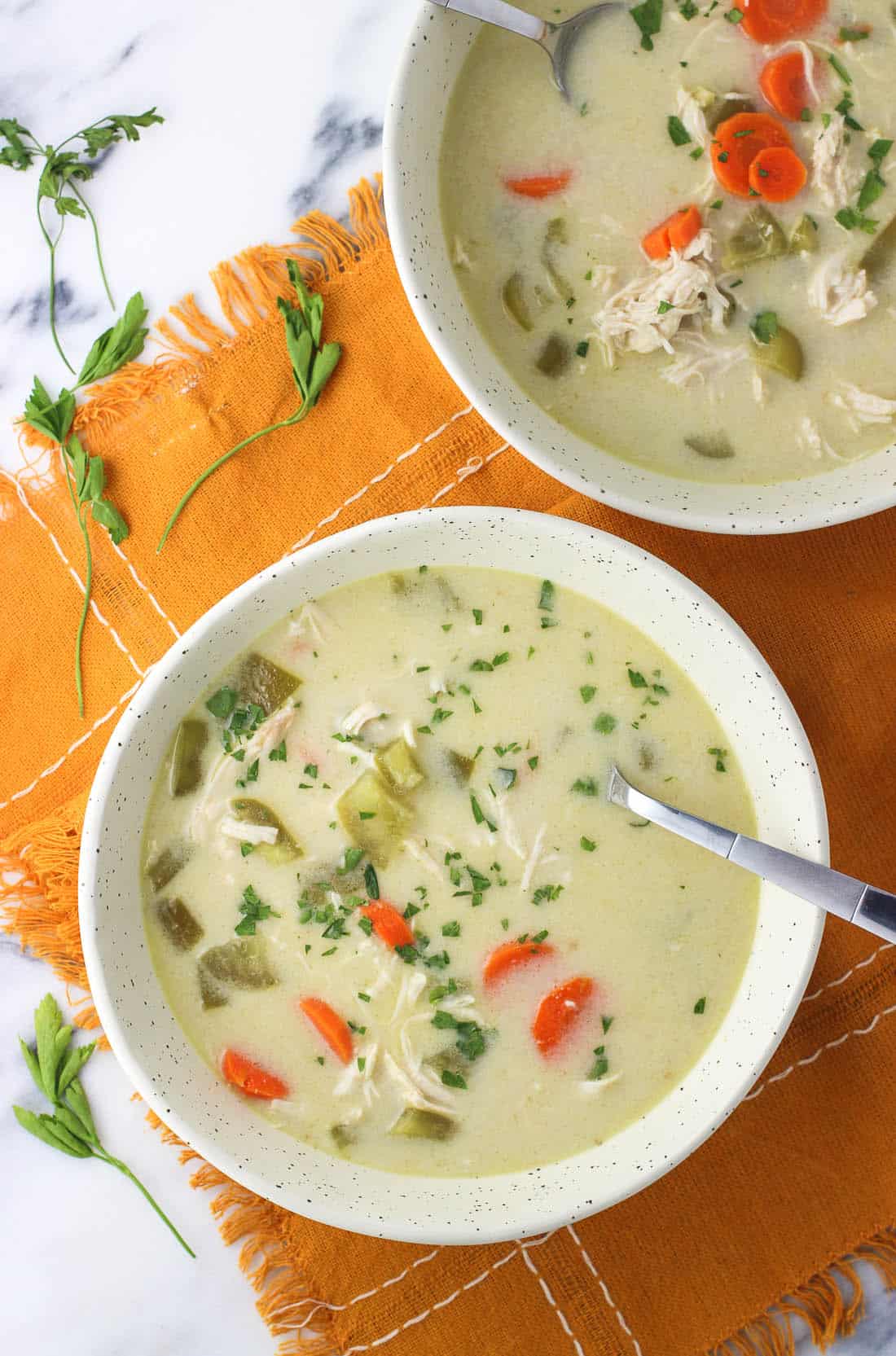 I didn’t ask for the recipe, but there were a few things I could surmise from my (now, many) tastings. There was coconut milk, there was chicken, and there was my new fav green curry paste. I knew I wanted to switch it up and use my slow cooker because making a big batch of soup (or really anything) with a ton of hands-off time is one of my favorite sources of kitchen satisfaction. Plus it’s a breeze for cooking chicken breasts that are guaranteed to be juicy and shred easily.

The prep for this slow cooker coconut curry chicken soup is so simple! A ton of flavor comes from the green curry paste, so it doesn’t require a bunch of other ingredients for flavor’s sake. Into the slow cooker goes coconut milk, the green curry paste, and grated ginger, and then you give everything a whisk. Pour in the chicken broth, chicken breasts, and vegetables and cook until the chicken is done. Shred the chicken (see the recipe card for my tip to do this quickly), add additional coconut milk, and it’s ready to serve. 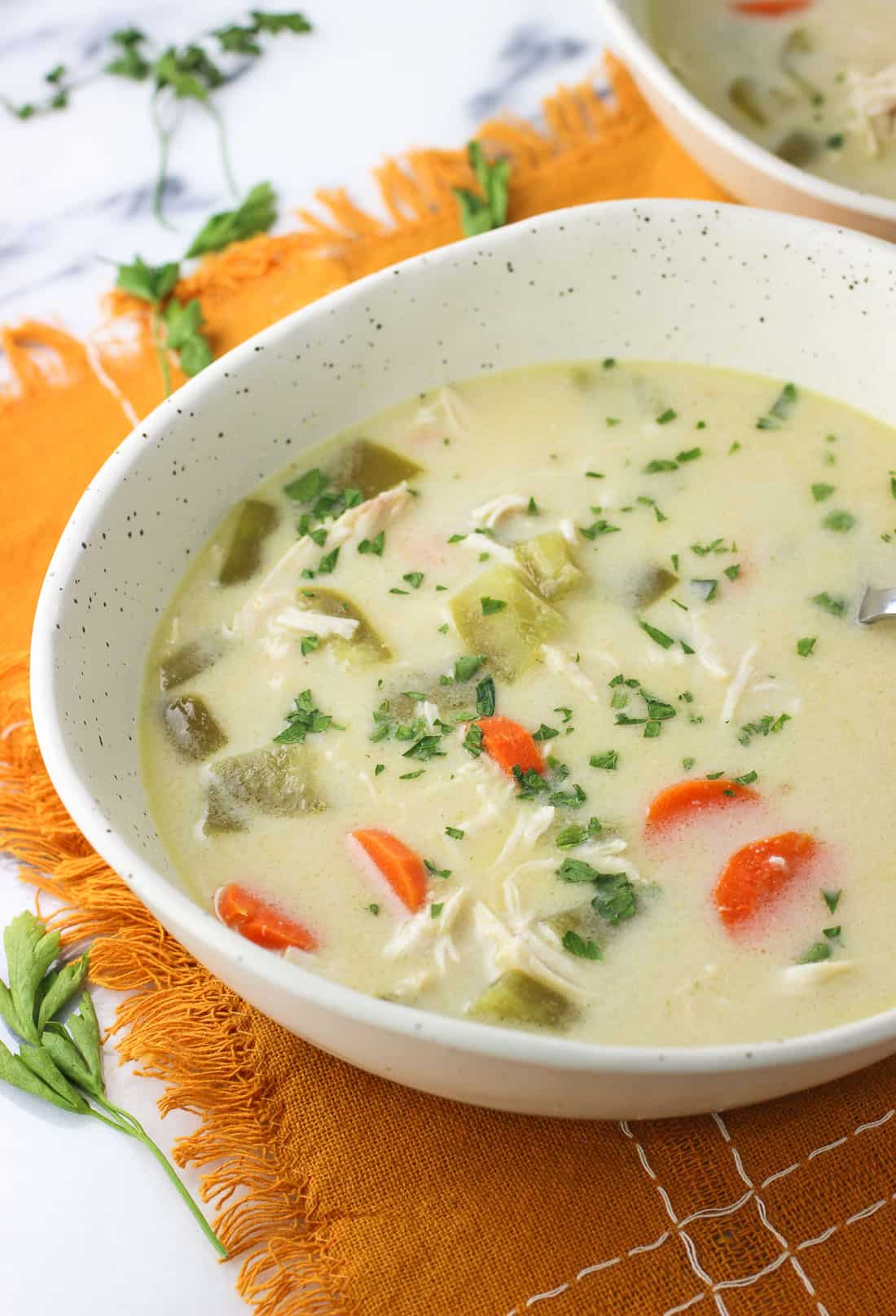 Ways to switch it up:

I found green curry paste in the international foods aisle of my grocery store. The variety I found is labeled "hot", though I didn't find the soup to be very spicy at all. Either mild or hot would totally work.   Nutritional info does not include any additional coconut milk added prior to serving.