This Philly cheesesteak panini is inspired by the sandwich classic and features thinly-sliced chuck roast, provolone cheese, and lots of caramelized onions for a delicious and easy lunch or dinner. 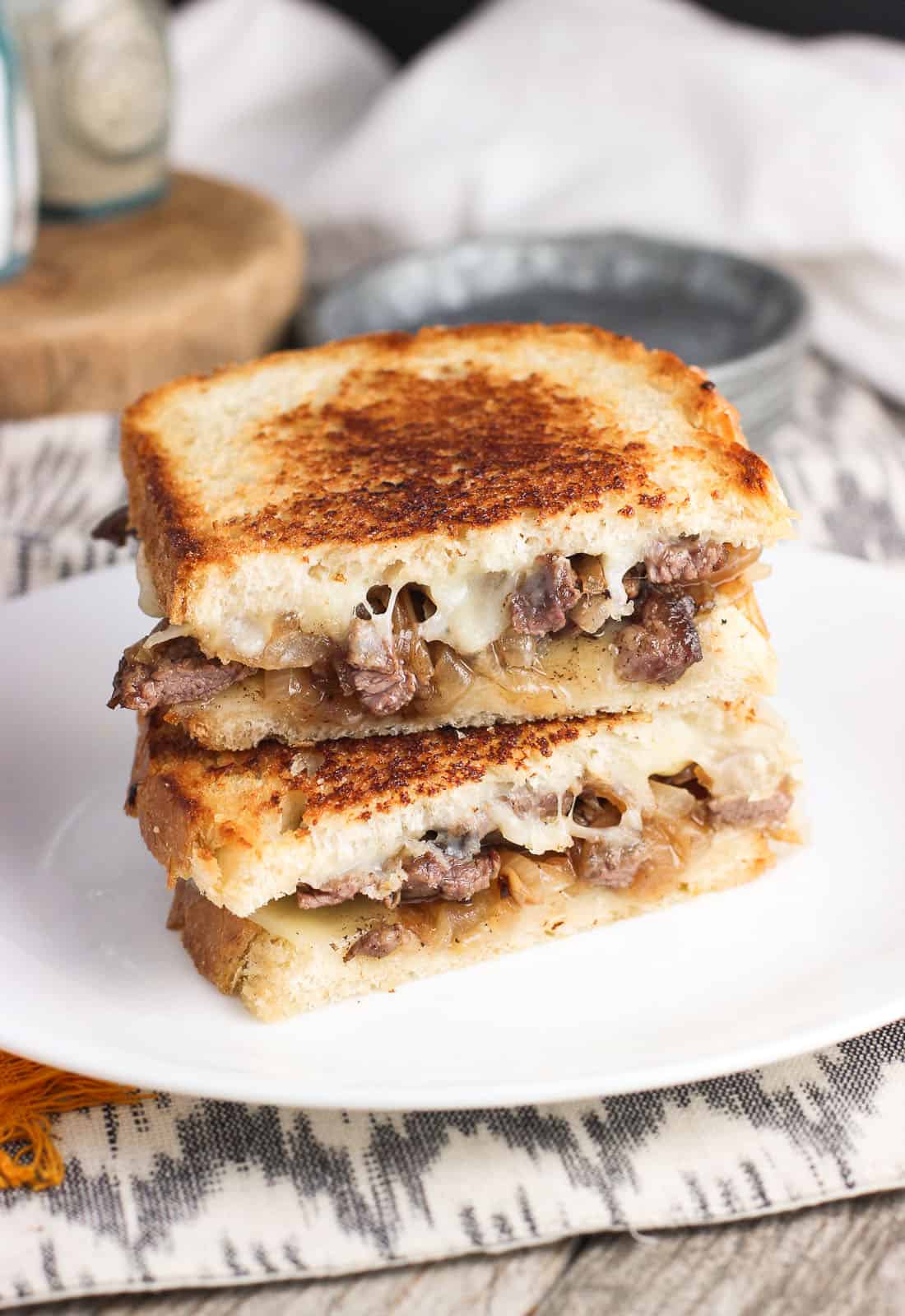 Okay, let me begin by saying that I'm aware some people have strong feelings about cheesesteaks. I went to college in Pennsylvania about an hour away from Philadelphia, so I've witnessed the great Pat's vs. Geno's debate on more than one occasion. For the record I never made the trip to do my own taste test on the matter, so I'm abstaining from forming an opinion.

I'm adding it to my food bucket list though which only seems to be growing daily. Someday you'll be mine beignets...Chicago pizza...true blue Philly cheesesteaks... 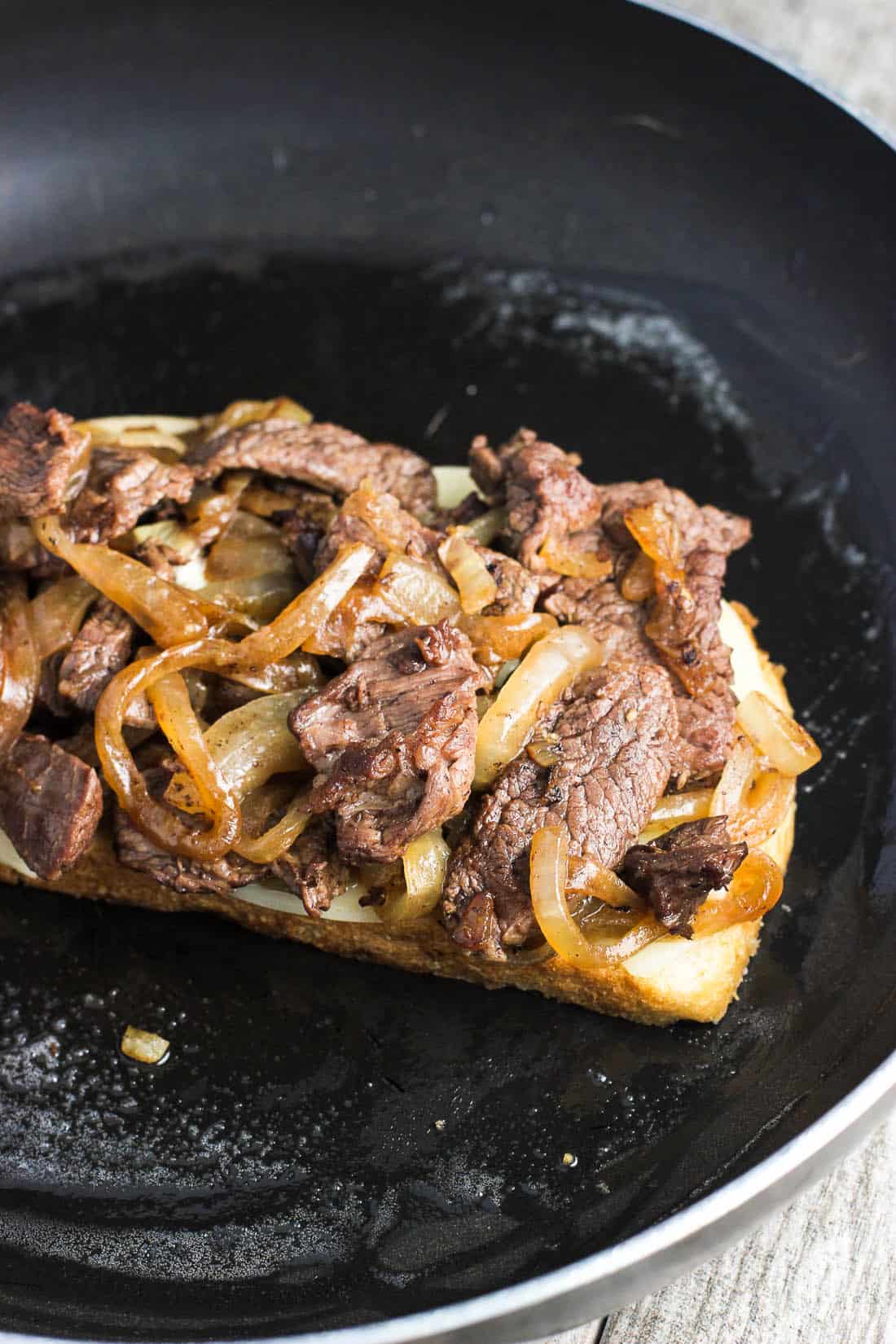 So back to these cheesesteaks. People tend to be...spirited when it comes to discussing the *best*  cheesesteak, so please accept this Philly cheesesteak panini recipe as my preferred "inspired-by" variation of the classic. For one I'm using slices of a wide loaf of bread and not a hoagie roll. And then there's the meat. You hear a lot about cheesesteaks being made with ribeye, but if I'm going to spending the $$$ for ribeyes, I'd like for them to be perfectly and simply prepared on the grill, please. So chuck roast was my chosen alternative as it's less expensive, easily found in my local grocery store, and still has a good amount of fat marbled throughout the meat to provide flavor. 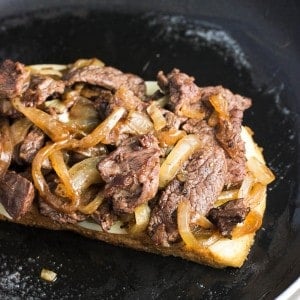 To make the task of slicing the chuck roast easier, if you have time, place the chuck roast in the freezer for about 35-40 minutes before slicing against the grain with a sharp knife.   The nutritional info estimated here is for one full sandwich, which is quite large. For smaller appetites you may wish to consider one sandwich as two meals, which would cut in half all of the nutrition values below. 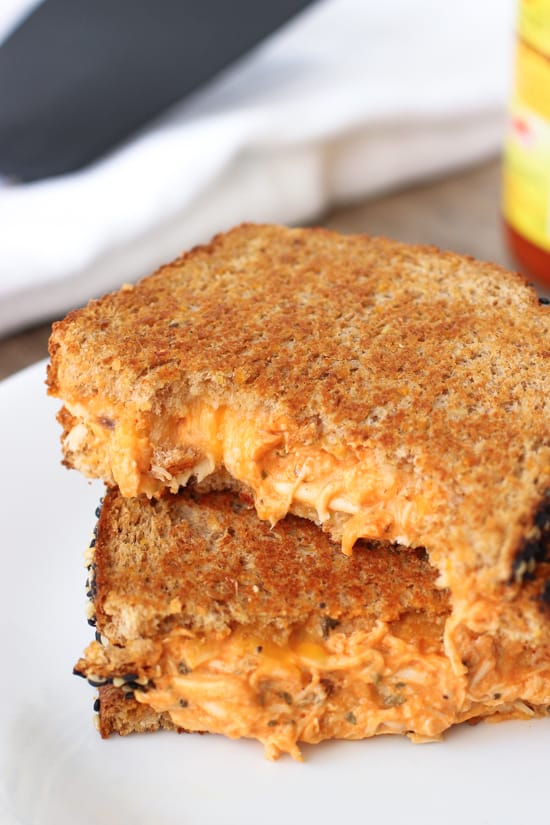 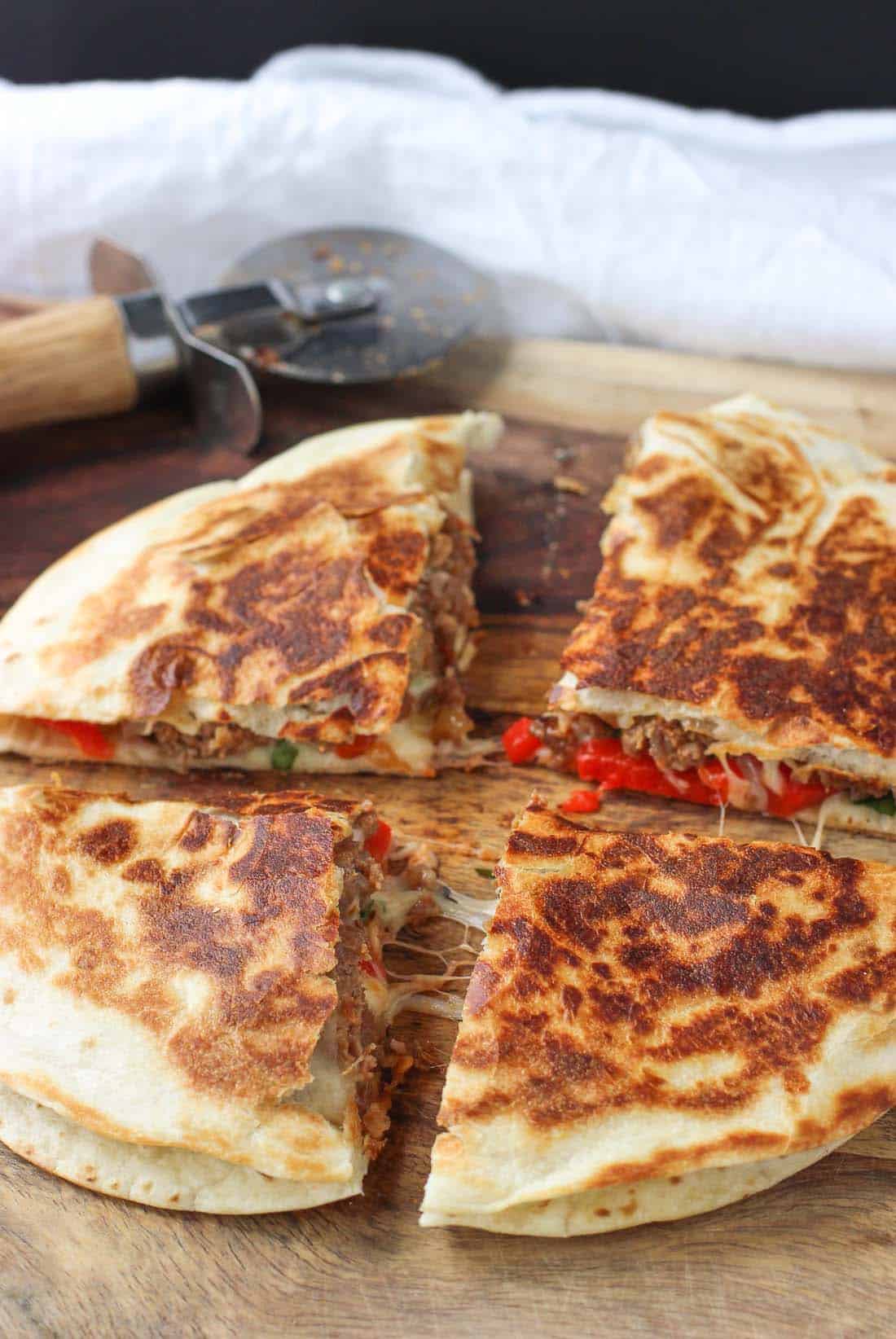