Oatmeal maple bars feature a pecan graham crust and are warmly spiced with cinnamon and maple extract. These bars are chewy like oatmeal cookies! 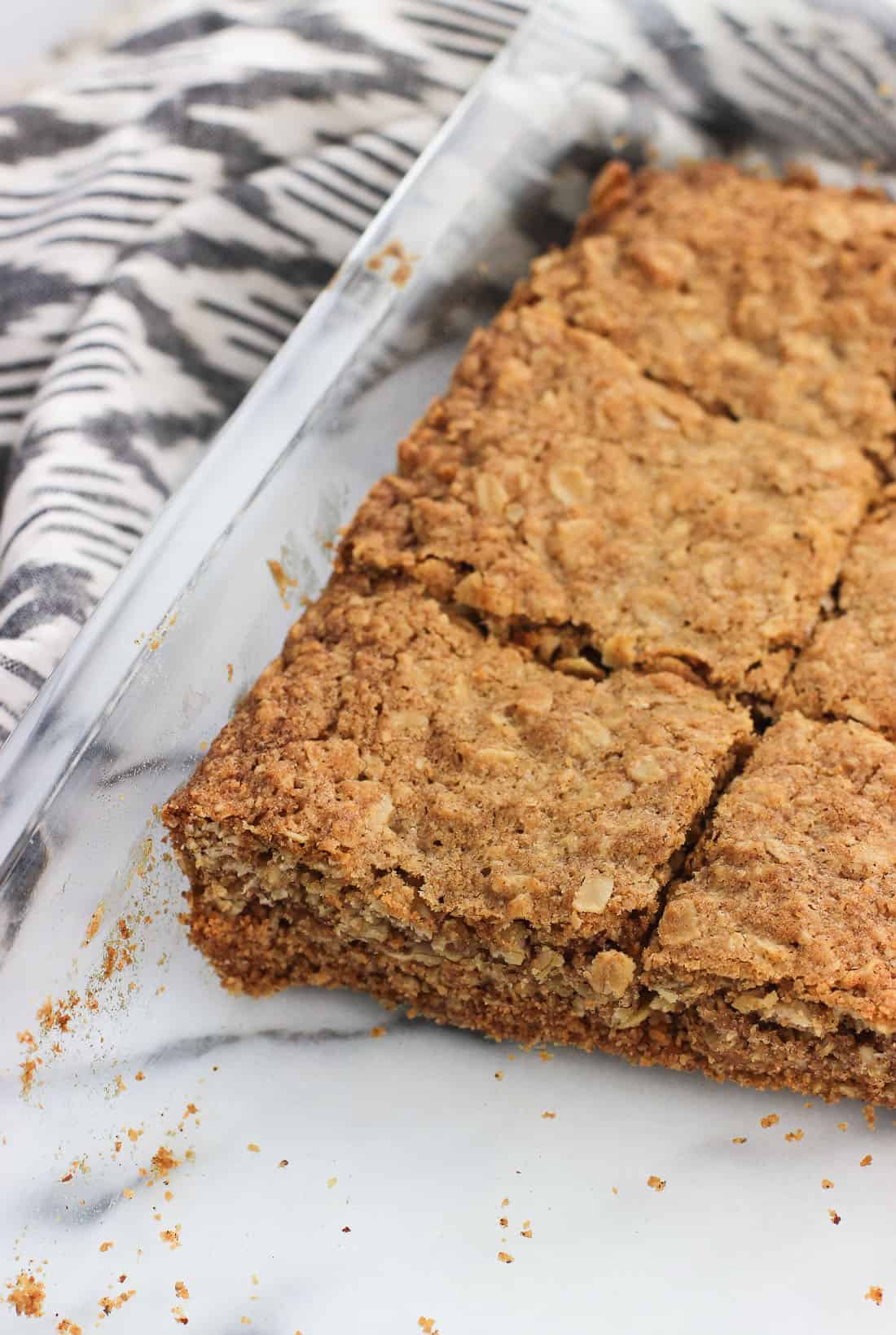 This post was written in November 2013, with the pictures updated in September 2017.

It's autumn-overload around here, guys. It's funny though, because that statement applies to most everything out here in San Diego except for the weather. After growing up in the northeast for all but the past year, sunny and 74°F doesn't quite register in my head as fall.

Without fail though, I seem to be having a mental block, where my brain knows it's November, so it must be the time of year where I pull out my fall clothes. This muddled thinking has led me to regularly dress WAY too warm for work. As in everyone else is wearing t-shirts while I'm clad in a chunky knit sweater and leather boots, and probably brought a jacket just in case, too. Easy to pick the transplant out of the crowd, huh?

Maybe it's to make up for the still-summer weather, but I've been overcompensating in the kitchen. Maple this, pumpkin that...I can't seem to help myself. And this recipe is no different. I saw a bottle of pure maple extract on the shelf at our local natural foods grocer and before I knew it, it was sitting pretty in my basket. It imparts such a warm, rich flavor in these oatmeal maple bars, I'm still scratching my head as for why it hadn't made an appearance in my kitchen sooner.

But I better get it all out of my system before December though, right? After all, that's peppermint's time to shine. 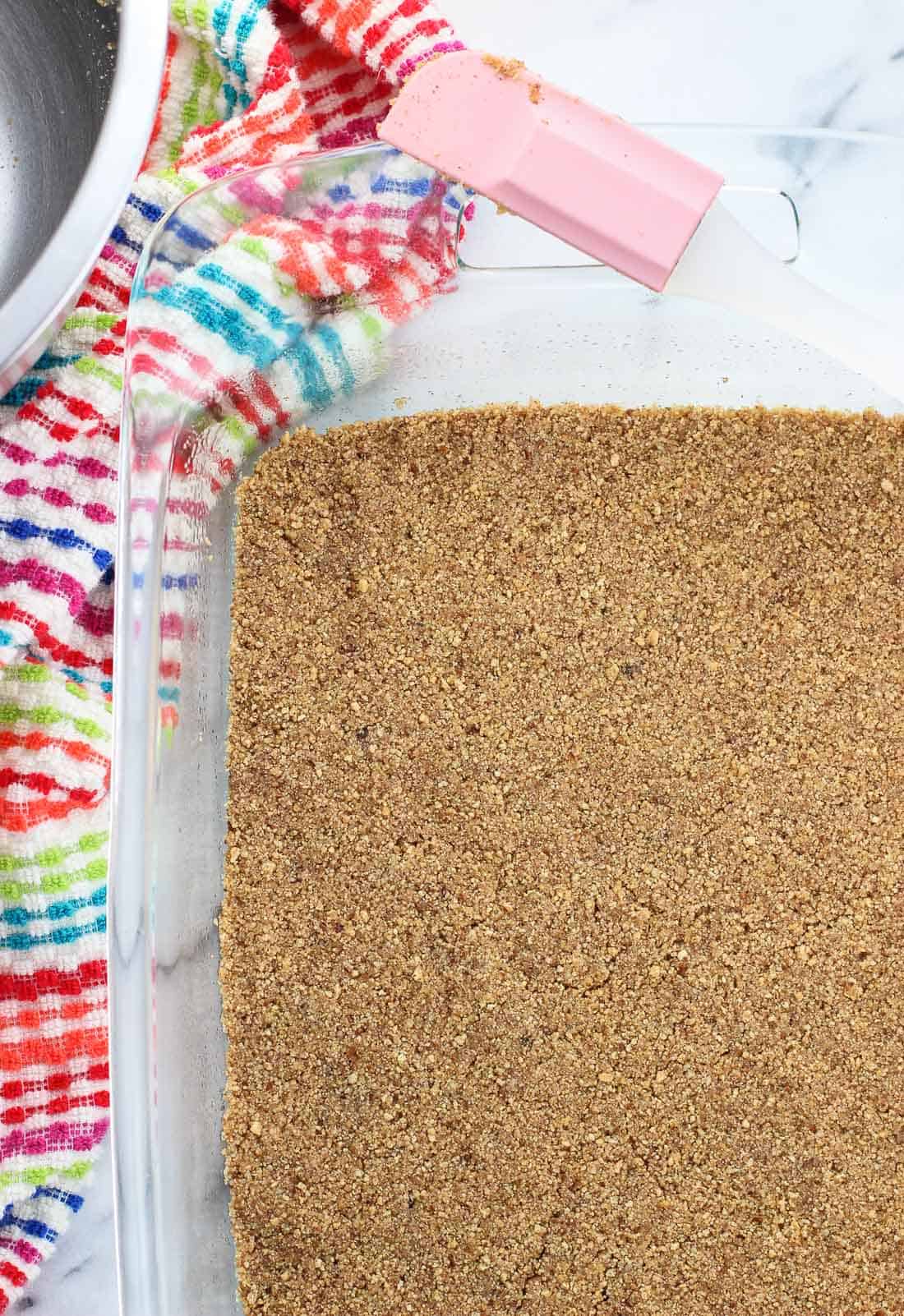 Let's start by talking about the crust. For starters, it's not 100% necessary for this recipe to work. These chewy oatmeal maple bars can be baked the same way without the crust, however I'm partial to the extra bit of texture and flavor the pecan/graham cracker combo adds.

If you'd like to go this route, you'll need pecans, graham crackers, cinnamon, and melted butter.

Old-fashioned oats are my pick for these bars. They hold up well to being combined with liquid ingredients and baked, and retain their chew without becoming mushy. I don't suggest using quick oats as they might break down too much during the bake time.

Most ingredients are straight-forward, but maybe not the maple extract if you haven't baked with it before. Maple extract is different than maple syrup! It's much more concentrated in flavor, and doesn't add sweetness like maple syrup would. The maple flavor it imparts isn't super strong, but adds something special to these bars. It's a must-include ingredient in my healthy baked oatmeal bars.

If you'd rather not use maple extract, I would replace it with an equal quantity of vanilla extract. 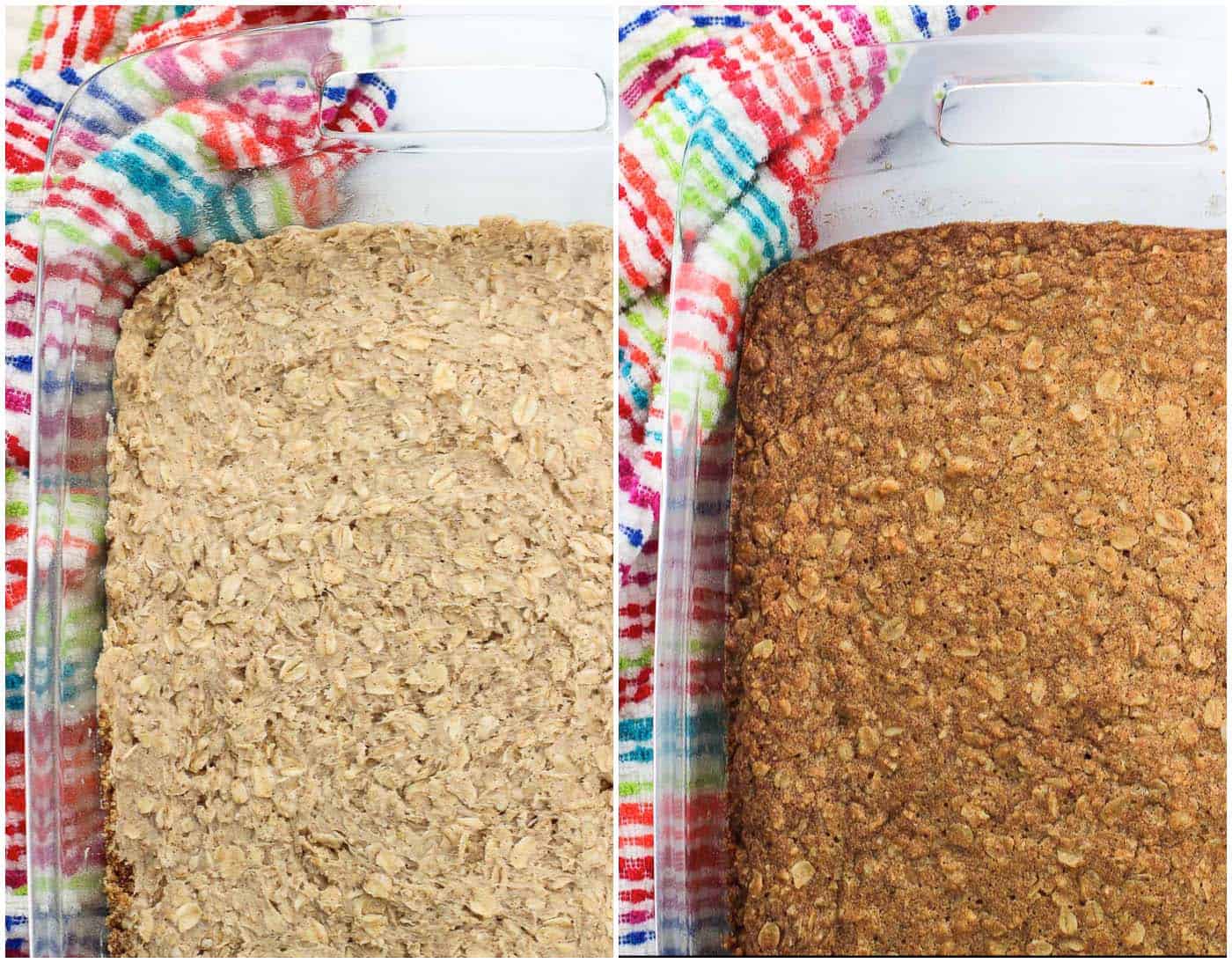 If you're making the crust you'll begin with that. Pulse the pecans and graham crackers in the food processor until fine, then add the cinnamon and melted butter. You want to make sure there's enough melted butter so that it isn't too dry, which would lead the crust part being too crumbly and cracked.

Squeeze the crust mixture in your hand. When you release your hand, you should be able to see the sharp impressions your fingers leave as the crumb mixture holds its shape. That's the texture you want.

Press that into a 9" x 13" pan, then cream together room-temperature butter and brown sugar in a mixing bowl. Add the rest of the wet ingredients and mix, then the dry ingredients (except the oats) and mix. Stir in the oats then pour out this mixture in an even layer on top of the crust.

Bake for 25-30 minutes, or until the edges are golden-brown and the top has reached a nice golden color. Let the bars cool fully in the pan before slicing as this helps it slice cleanly. 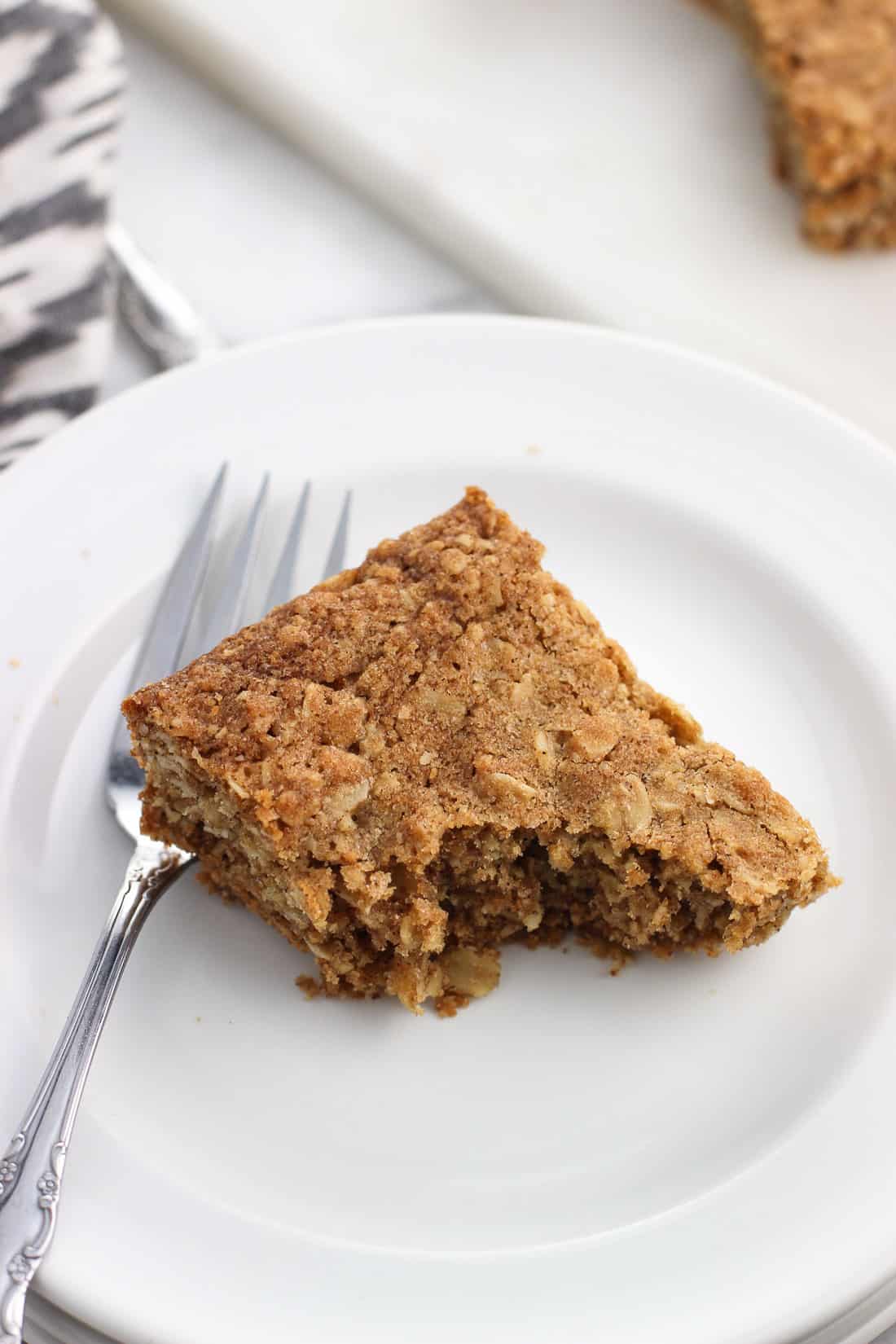 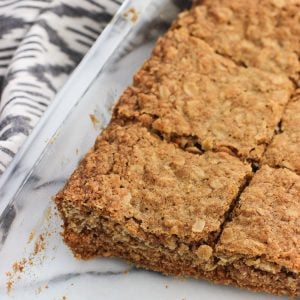 For the pecan graham crust:

For the oatmeal maple bars:

Slicing: If some of the crumbs of the crust separate out when you slice these bars, they should be pretty easy to press back into place with the edge of a spatula.