This recipe for lightened up/light vodka sauce is a healthier way to enjoy Italian comfort food. This easy homemade vodka sauce substitutes in fat-free half-and-half for a lower fat but creamy sauce without any worries of it separating. 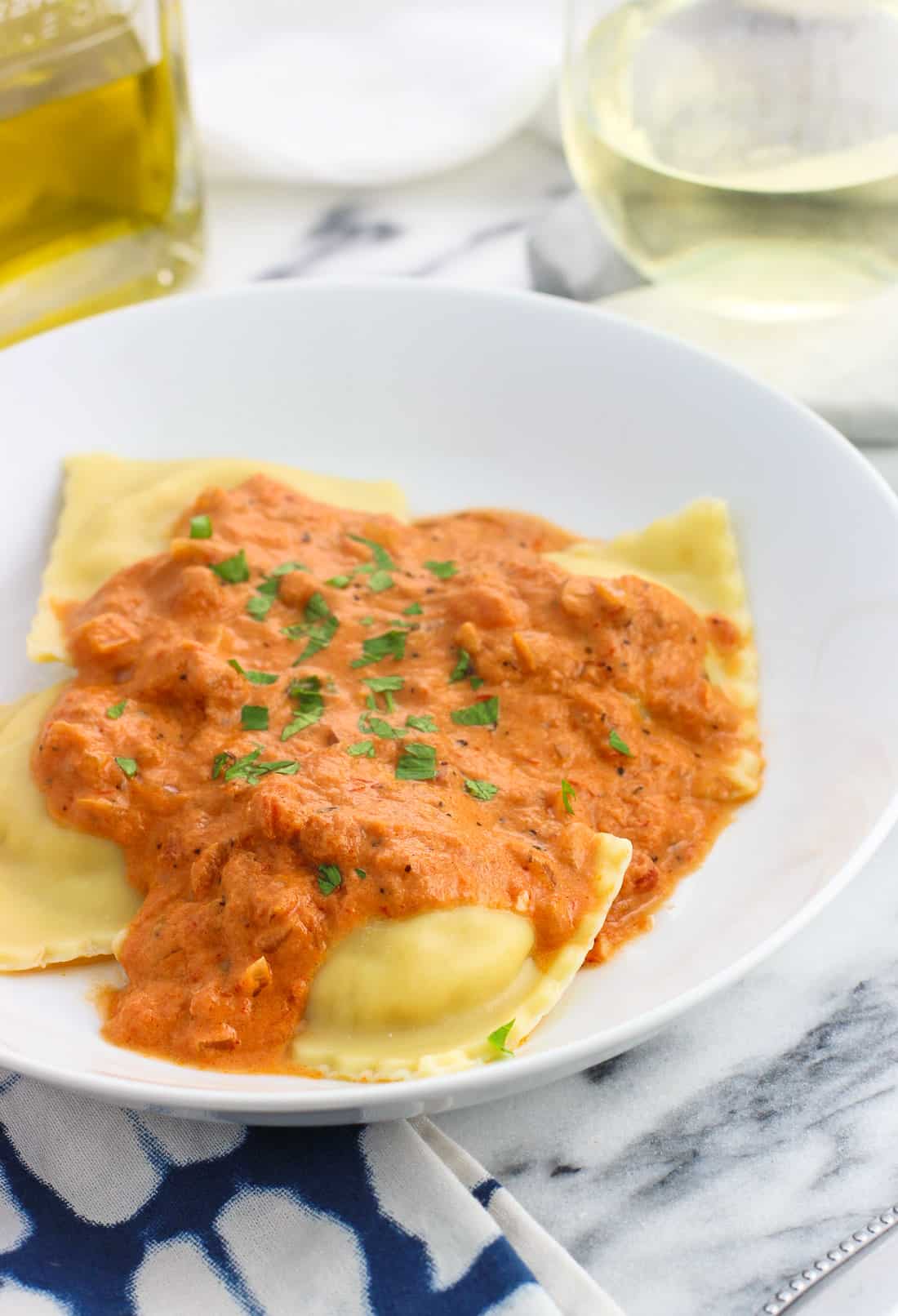 If there’s ever a sauce that screams Italian-ish comfort food, I think it would be vodka sauce. Penne alla vodka was a staple at so many catered Italian gatherings and restaurants when I was growing up that I can’t even begin to quantify how many pounds of it I’ve eaten in my lifetime.

More than a trivial amount, that’s for sure. 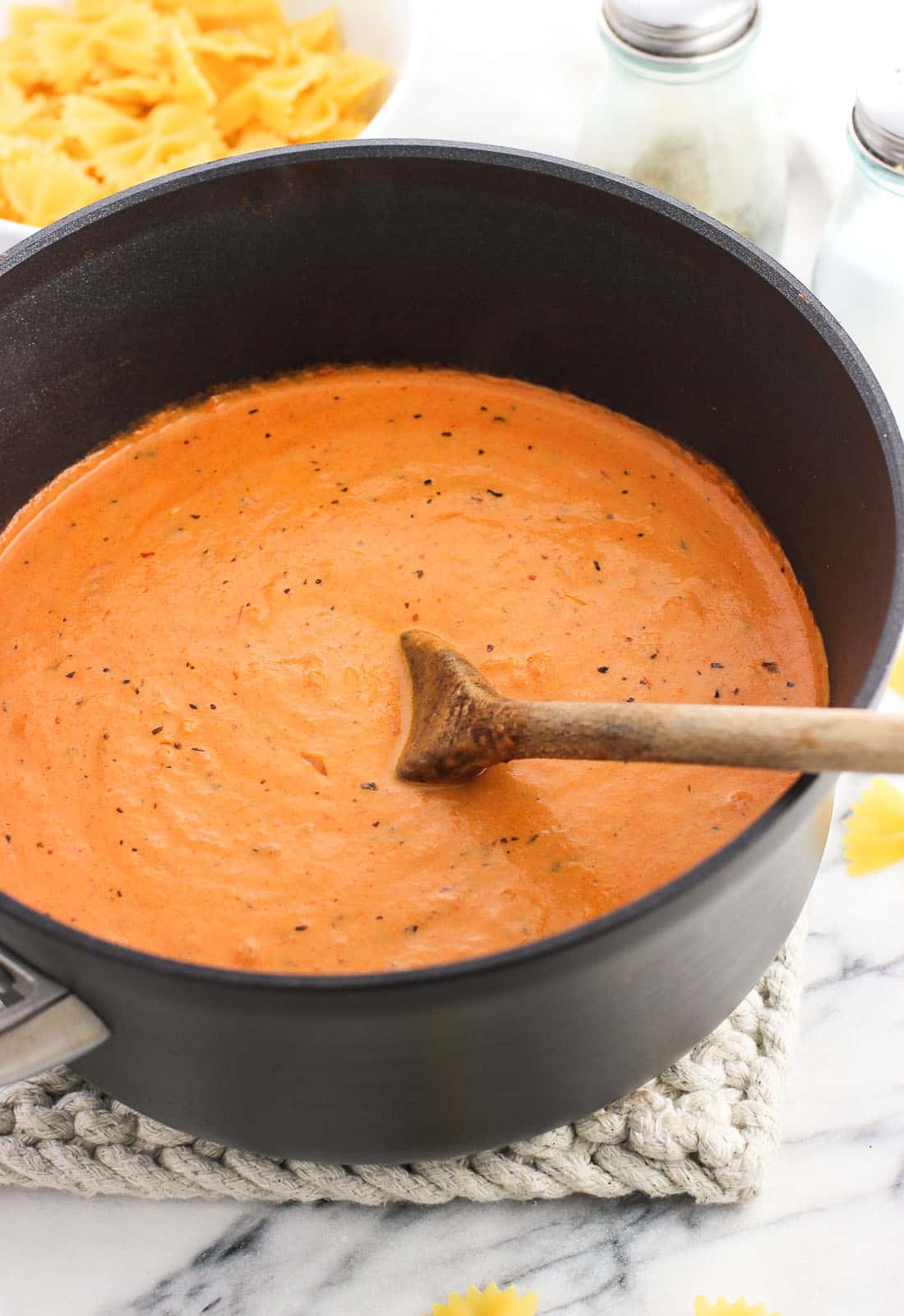 It was also something I so closely associated with other people (i.e. restaurants) making that I never thought to make myself at home. Until now! Or, at least until a few years ago when this lightened up/light vodka sauce first hit the blog. It’s the same delicious recipe, just with improved photos. 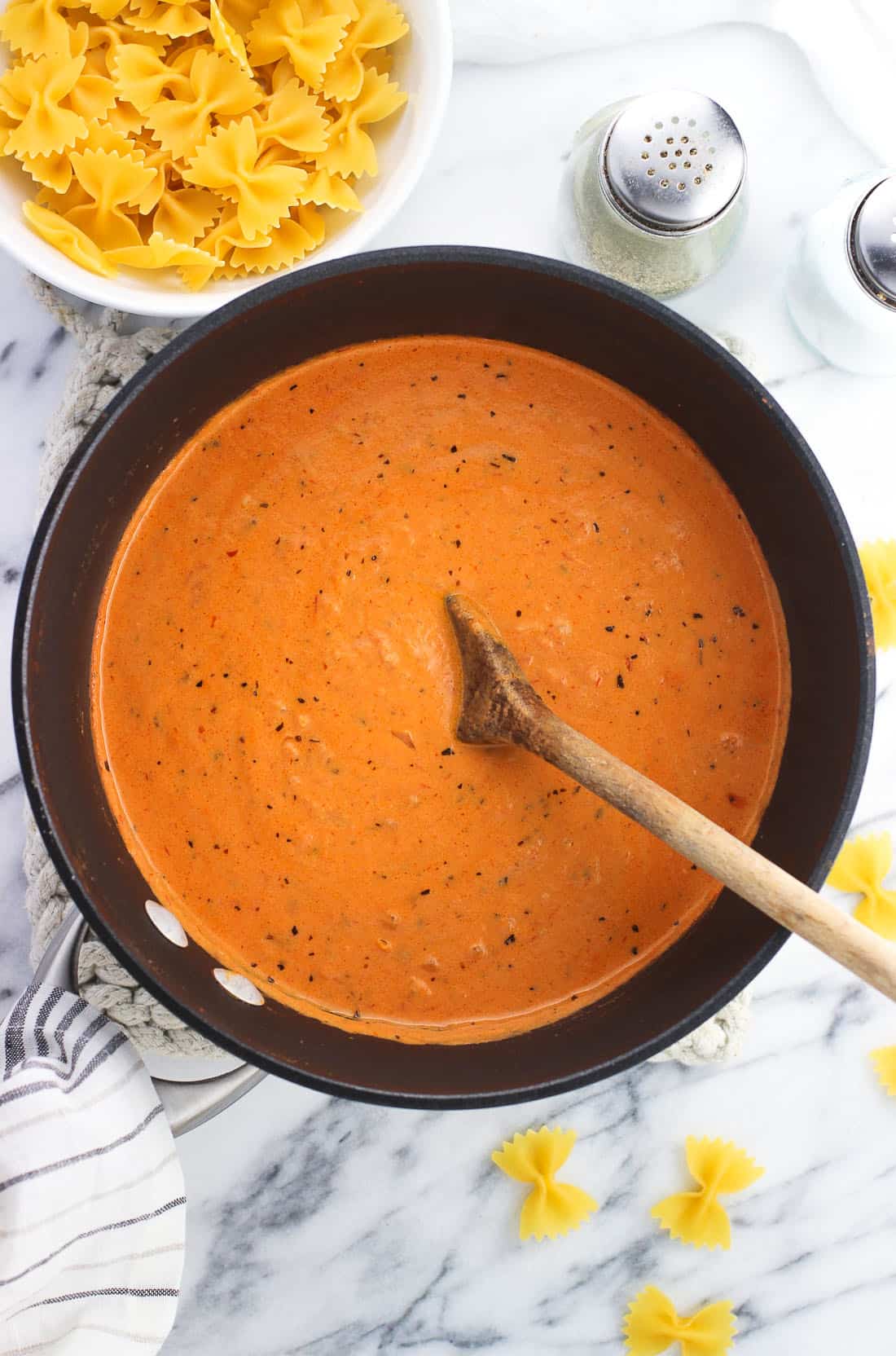 I know you’re supposed to get agita thinking about using fat-free dairy in sauces, especially ones that feature acidic ingredients such as tomatoes. I know, I know.

I’ve thrown caution to the wind and experimented with low or no fat dairy in cooking before and have ended up eating a reheated frozen veggie burger for dinner because of the whomp status of my Plan A meal. But this recipe has turned out exactly as I’ve hoped for each and every time I’ve made it, so I suppose I’m a bit superstitious.

Each time, I stirred together the heavy cream and fat-free half and half before adding it at once to the sauce. In a silly way it seems like I’m trying to pull a fast one on the sauce, but logically I figured mixing full fat + no fat = some fat, and some fat dairy > no fat dairy as far as sauces go. 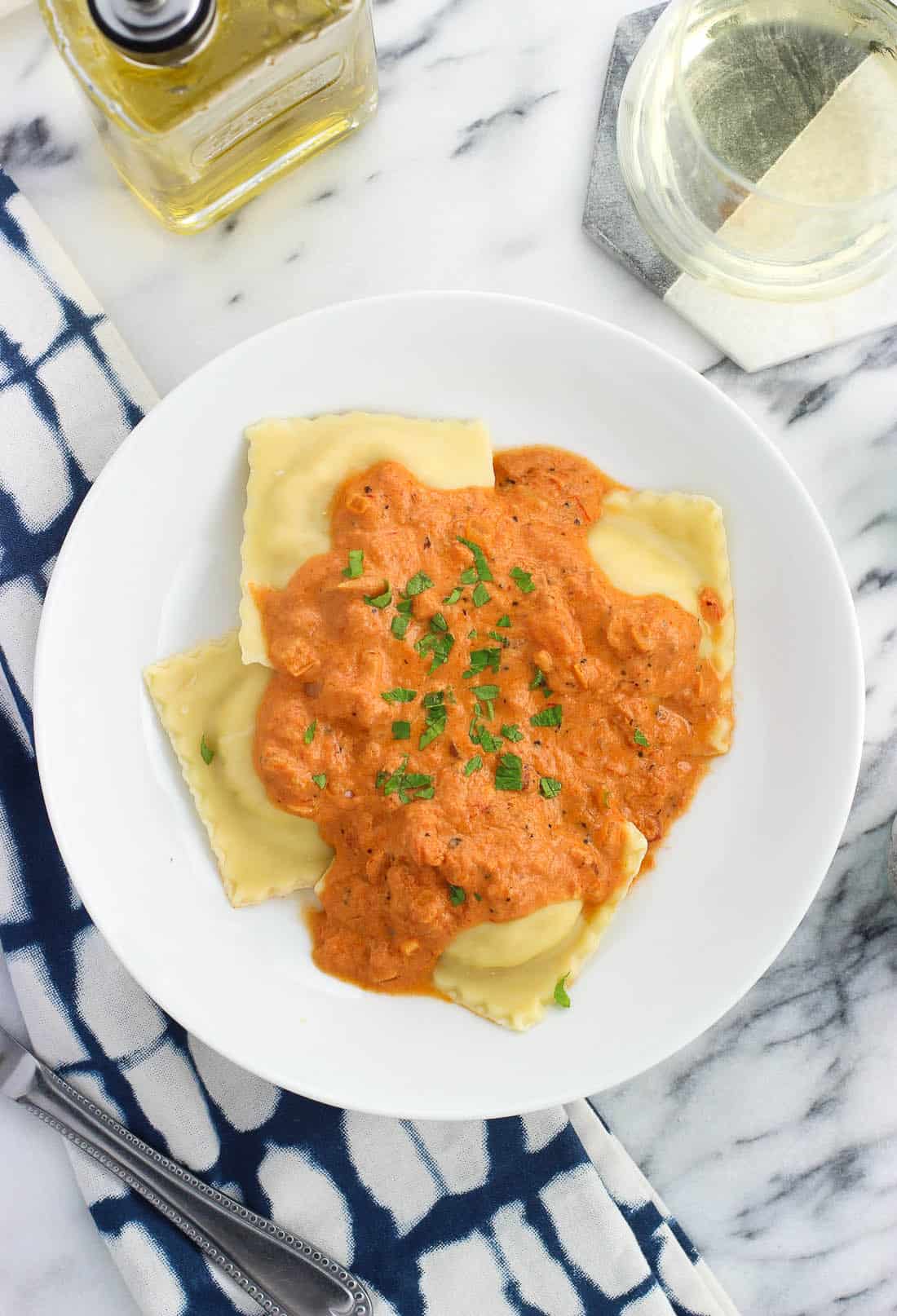 Each time I also watch the sauce simmer with a critical eye; ready to pounce on the first sign of grainy separation or curdling, but my fears always go unrealized. Instead, the veggie burgers stayed put in the freezer and we inhale this creamy, slightly spicy, can’t-believe-it’s-lightened up, can-I-please-eat-it-with-a-ladle vodka sauce.

With a side of pasta, of course. 😉 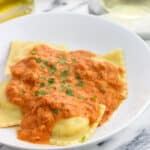 Sauce can be refrigerated for several days.