Coconut turmeric quinoa is a flavorful and healthy side dish recipe, made with creamy coconut milk and broth and mixed with cashews and fresh herbs. 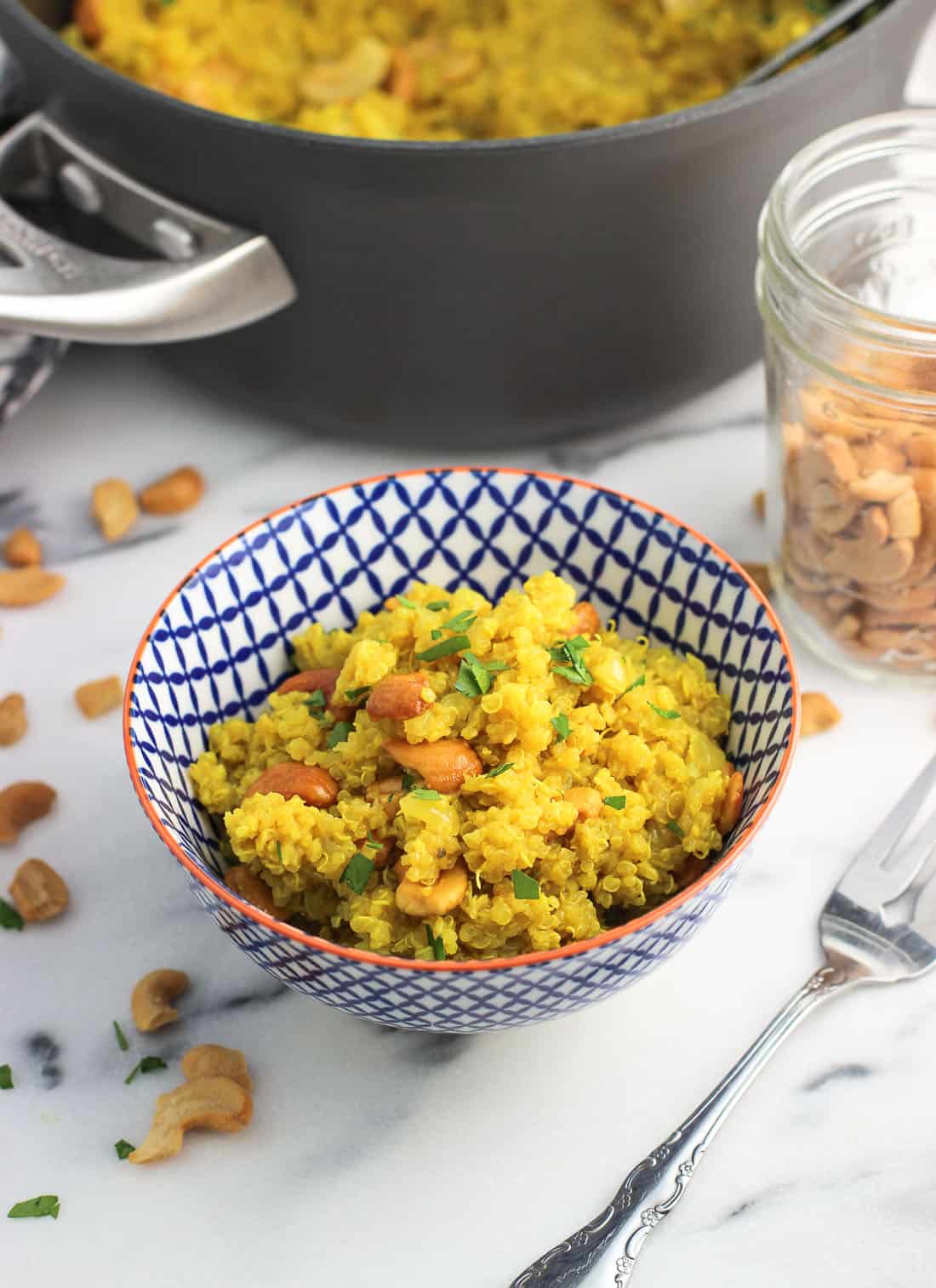 Hiiii to my new summertime side dish. If this flavor/color combo looks familiar, it’s because I was heavily inspired by my turmeric coconut basmati rice recipe that has turned out to be a total reader favorite. Since that’s the case, I figure you guys wouldn’t mind a quinoa version, right?

Quinoa is a hard food for me to get excited about eating plain. It’s a good source of protein, fiber, and other nutrients so it makes its appearance on our menu every now and then, but it’ll have to be something special for us to actually crave it. This coconut turmeric quinoa totally fits the bill! It starts by sauteeing onion, garlic, and ginger in olive oil, which is a mighty fine way to begin a recipe (judging by the aroma). 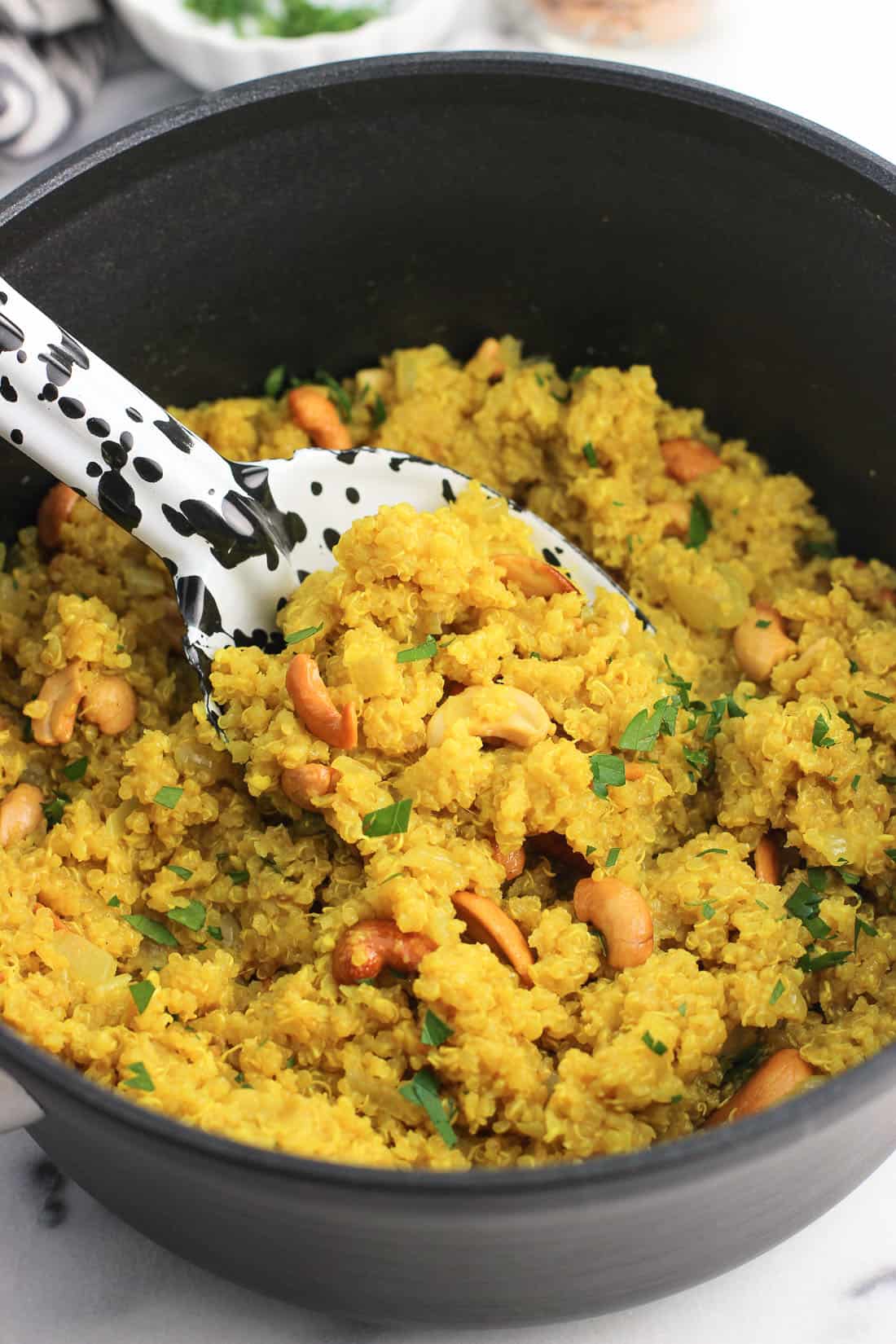 The quinoa to cooking liquid ratio is 1:2, but instead of water this coconut turmeric quinoa recipe calls for equal parts coconut milk (from the can) and broth. You get an extra burst of flavor from the broth and a creaminess from the coconut milk, which when paired with the earthiness of ground turmeric makes for a hearty and satisfying side dish. 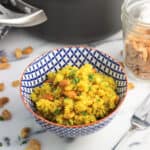 Dry, uncooked quinoa is added to the saucepan with the sauteed onion/garlic/ginger in step #2 above. This toasts the quinoa slightly before the cooking liquid is added.   Nutritional info is estimated based on the use of vegetable broth and lite coconut milk.