Biscotti! One person's hard-as-a-rock excuse for a cookie that will break a tooth or two per serving, or another person's delicacy meant to be savored with a hot cup of coffee. I'm firmly in the second camp, as evidenced by the speed with which this batch of Triple Chocolate Biscotti vamanos'ed from my kitchen. 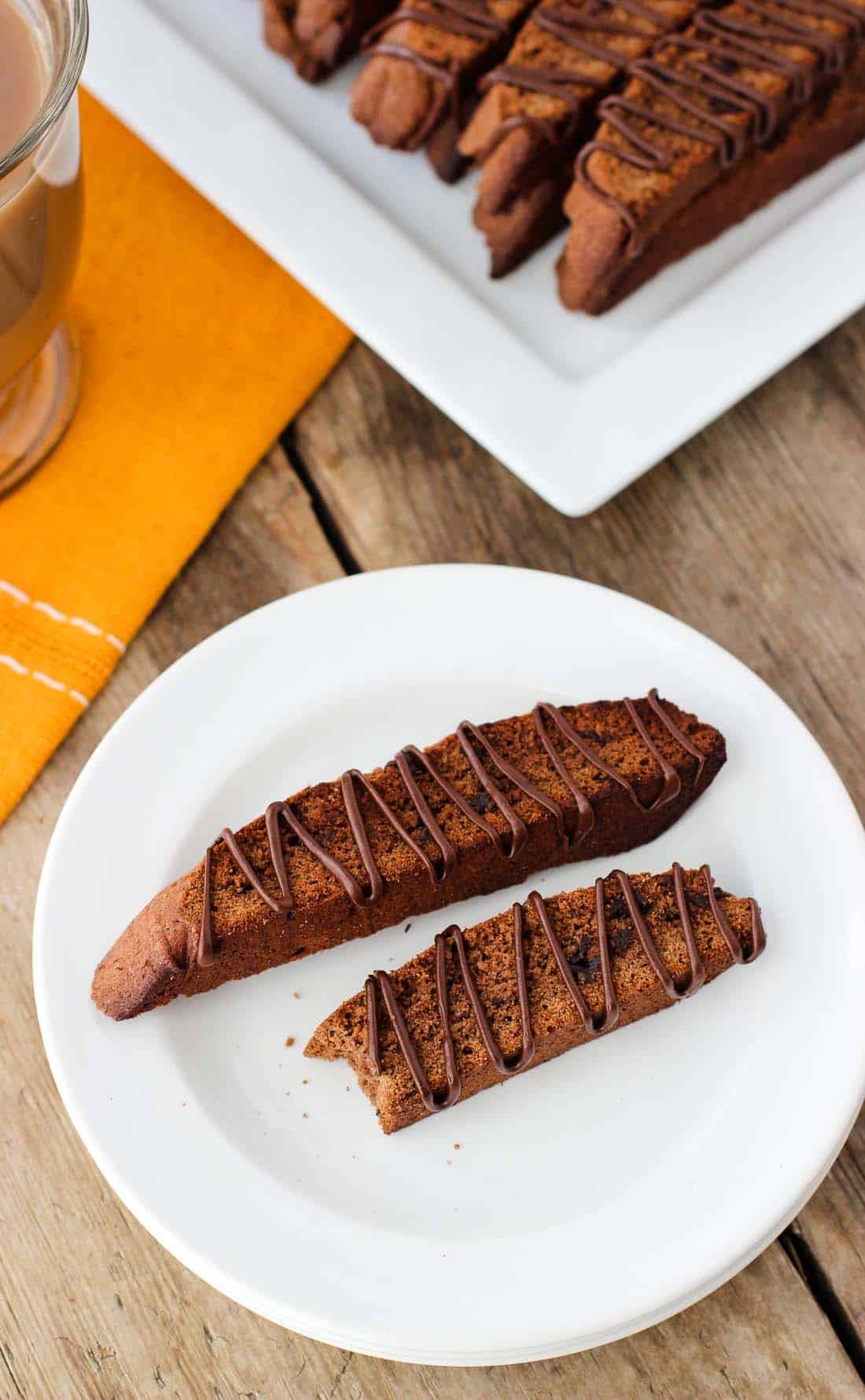 I started baking with my mom in the kitchen from when I was really young, starting with the *mega* important task of adding sprinkles on top of sugar or spritz cookies, then graduating to rolling out strips of dough for our traditional Christmas struffoli. And of course adding festive nonpareils once they were fried and drizzled with honey. My helper status was strong back then. Once I hit high school I started executing cookie recipes all on my own, and biscotti were my go-to. 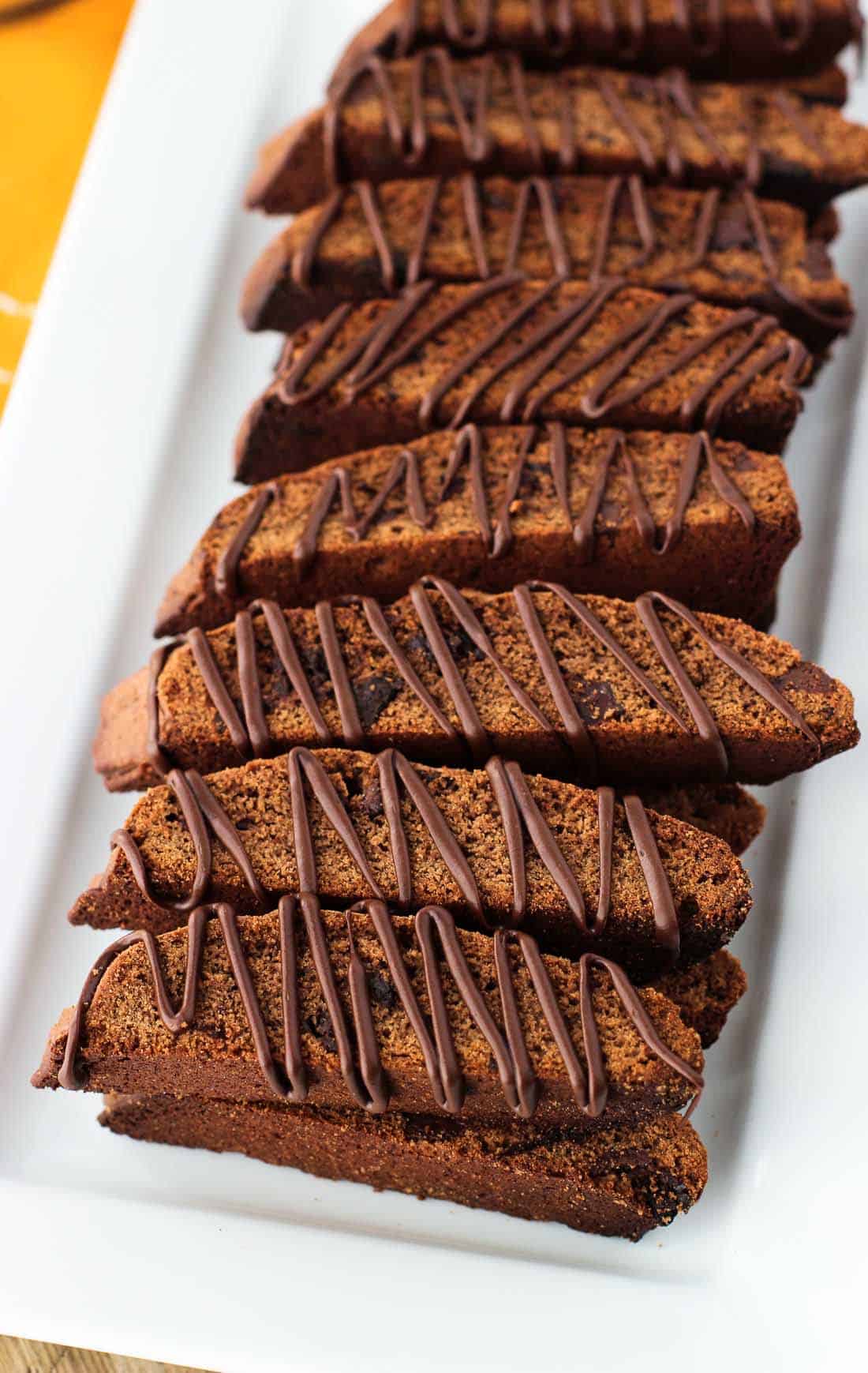 So my obsession began! I brought them everywhere, experimented with different flavors and styles, and felt this crazy amount of pride from churning out these twice-cooked (literally what biscotti means in Italian - bis for twice and cotti for cooked) gems.

As things tend to go even with favorites, my biscotti cravings went through ebbs and flows and I've been in a serious ebb over the past few years. Time to change that around! Making these biscotti reminded me of all the reasons why they're a favorite of mine. These homemade ones are crisp (yes!) but not so hard you worry about chipping a tooth like some varieties. They'll hold up perfectly well for dipping into your coffee, and, oh yeah, TRIPLE CHOCOLATE. Tell me that's ever a bad thing. 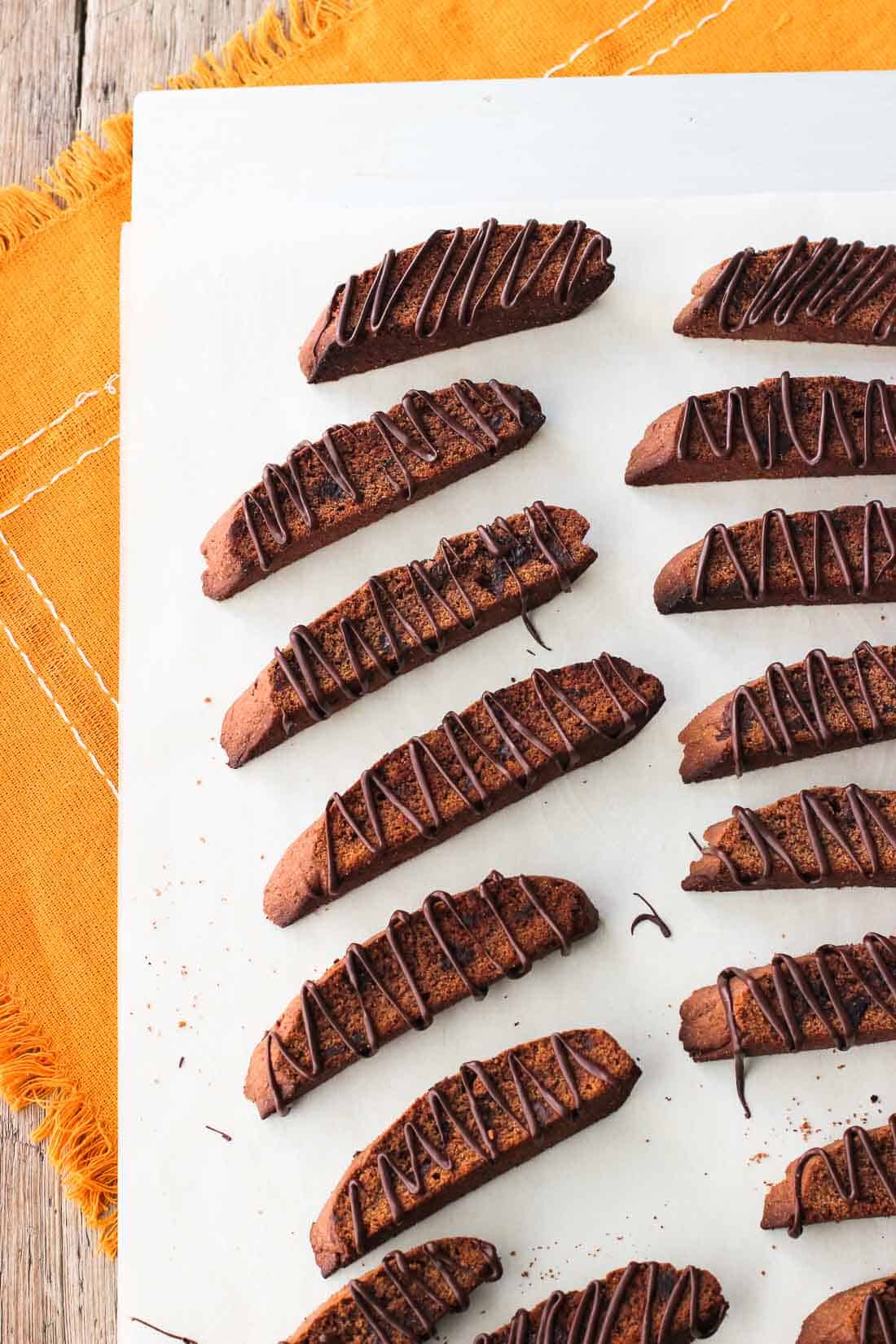 These biscotti feature unsweetened cocoa powder, semisweet chocolate chips, and dark chocolate chunks for a fabulously chocolatey version that is sure to become a favorite. Of course, you can use all semisweet or dark chocolate as mix ins if you like. I had a hard time choosing between the two so I threw them both in! No one complained. 🙂 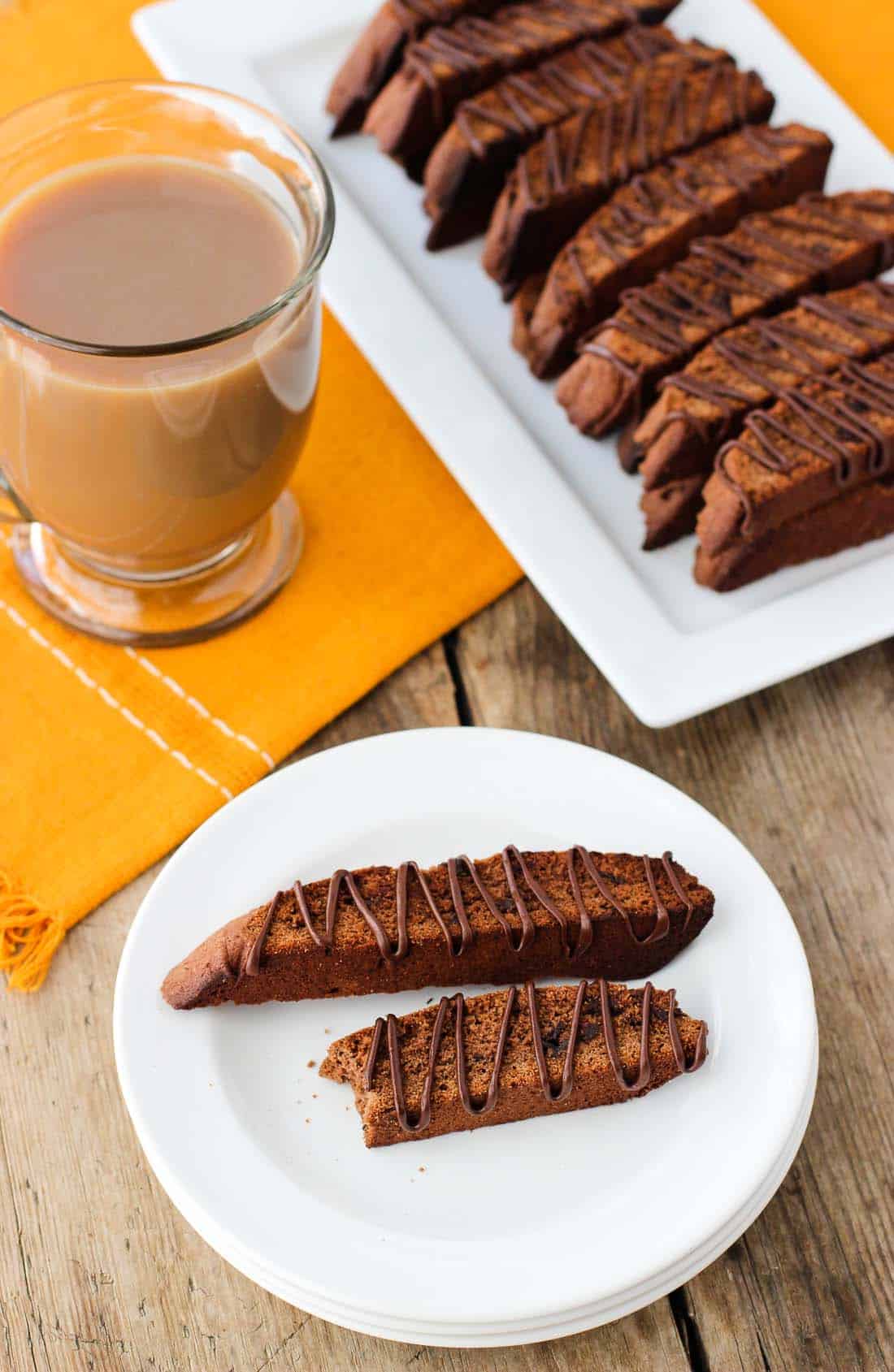 To make these biscotti extra special I drizzled extra chocolate over one side once they were fully cooled, but that's optional as well. These aren't overly sweet on their own, so if you're looking for a little extra somethin' somethin' for your sweet tooth I highly recommend the drizzle. Really though, any way you slice 'em (get it? hehe), these biscotti are winners! 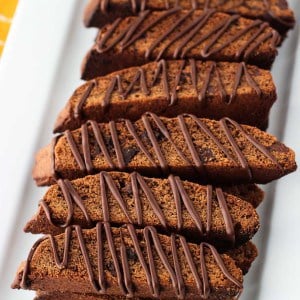