These sesame almond butter noodles with a thick, creamy, and perfectly spiced sauce are a quick and satisfying dish that's full of flavor. It's the perfect weeknight meal! 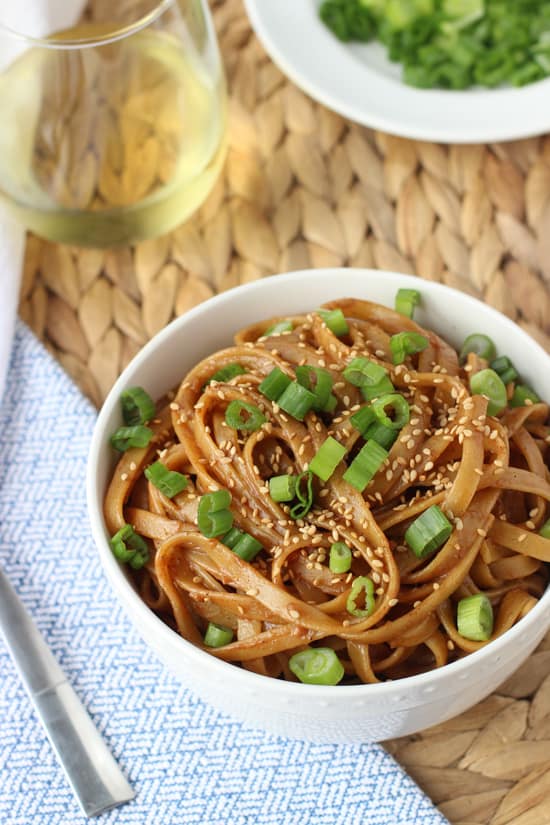 When I lived on my own, I worked a job where for a good part of the year, I'd be eating take-out and sitting at my desk for dinner. This was pretty exciting for the first few days, because HEY! Dinner is free! It's delivered to your cubicle! And how did they know I wanted to try out that new sandwich shop anyway?!

Day Four rolls around and you are so. over. take-out containers and plastic utensils. Any and all meager requests to healthify your order are being overlooked  - "no cheese" and "sauce on the side" just don't exist. One time I ordered a grilled veggie sandwich on a whole-wheat bun with small amount of marinara sauce. My coworkers were asking me how I could have the willpower to order something healthy. As I was responding - no joke - I unwrapped my sandwich to find it COVERED in bacon. As in the bacon was wrapped in circles around the entire sandwich. I was shocked, and talk about losing your credibility! I would have understood mistakenly adding bacon inside the sandwich, as in between the pieces of bread, but hog-tying the thing? To this day I have no words. 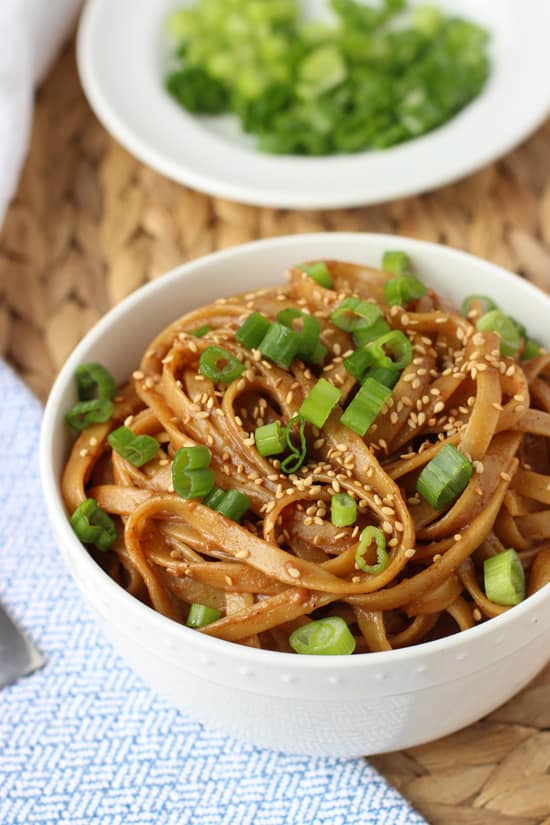 Inevitably whatever impending deadline there was would pass, and I would have a few glorious weeks of preparing dinner for myself. What's funny is that after so many weeks of craving something, anything homemade, I usually didn't get home until past 7:30 PM, at which time I was a total hangry grump and just wanted to shove the closest thing resembling a meal into my mouth. PB&Js (or AB&Js) nightly until I ran out of bread. A box of four frozen veggie burgers would be gone in...four days. A container of hummus and a bag of pita chips didn't even stand a chance.

Now, though, is a different story. I work elsewhere and I don't live on my own, so I'm in the house at a reasonable time in the evening and I can't quite get away with a snack attack in place of dinner. After boiling some pasta one night recently and combining a little of this and a little of that in a bowl for the sauce, I realized that this recipe, sesame almond butter noodles, would have been perfect for those late nights getting home after work! 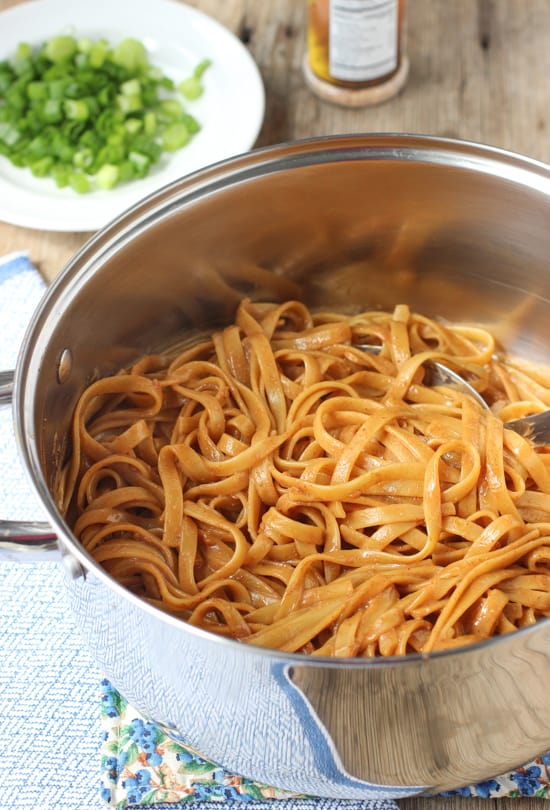 Odds are that if you've made an Asian-inspired recipe before, you probably have a bunch of the specialty ingredients already on hand (such as the hoisin sauce, soy sauce, sesame oil, sriracha, five-spice powder, and sesame seeds). The five-spice powder adds such a unique flavor that works to tone down the sriracha. As the recipe is written below, these noodles really aren't that spicy, but a few times I've made it I've bumped up the sriracha in the sauce to give it some serious heat. Add the sriracha to taste. 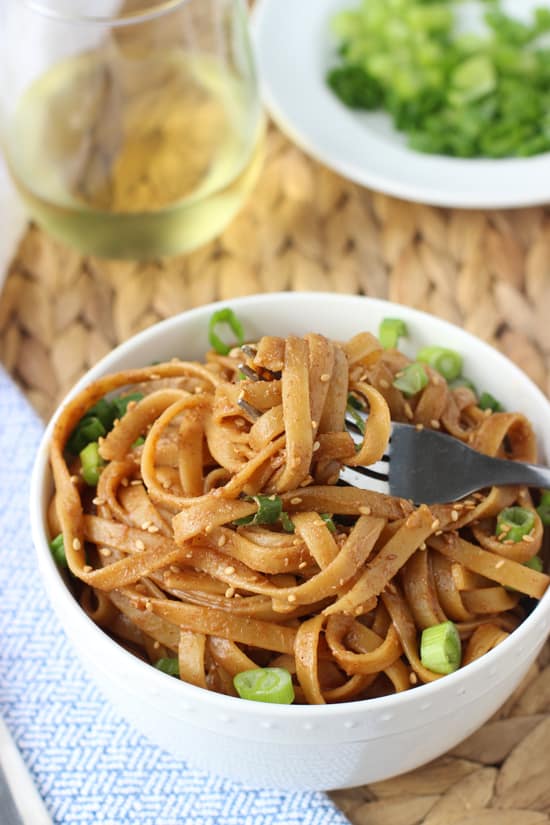 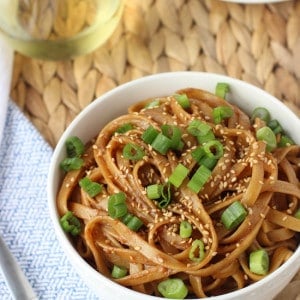 For the Sesame Almond Butter Sauce:

We really enjoy this recipe with brown rice noodles, too!