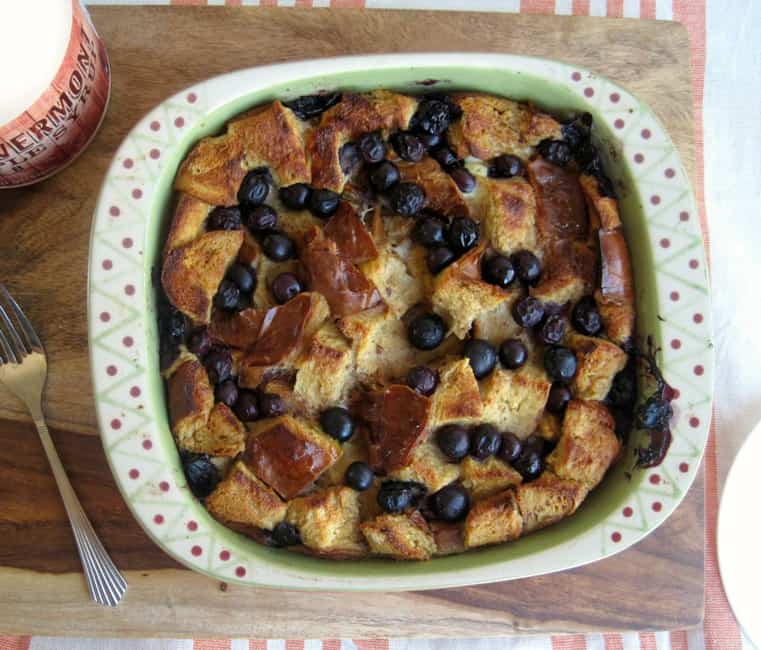 My mom makes a killer french toast bake which was the inspiration for this version. When she’s expecting a crowd she makes two 9″ x 13″ trays of it, which makes it look like there’ll be leftovers for days. Sure enough though, all but a tiny corner is left of both trays afterwards. It’s that good. I ate more than my fair share this past Mother’s Day (definitely a “loosen the proverbial belt buckle” sort of occasion), and was jazzed when I discovered an extra half of a challah loaf left over. What better way to use it than making…more french toast! 🙂 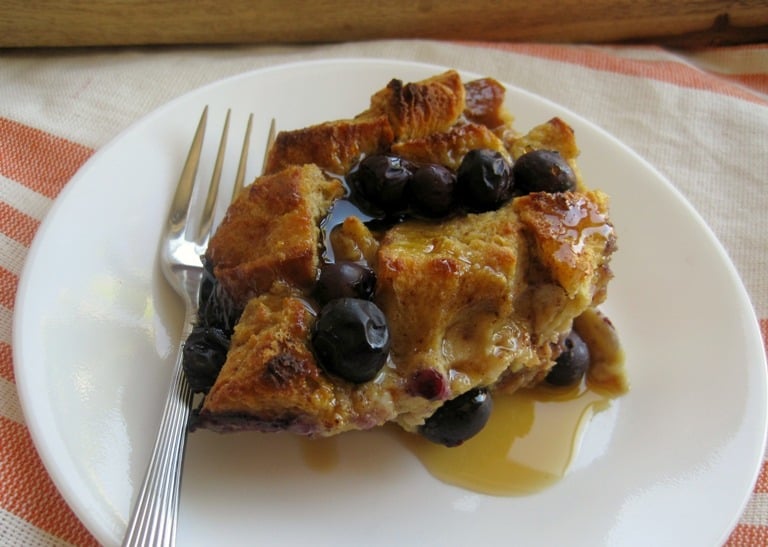 Here’s the low down. This french toast is dotted throughout with fresh blueberries just like my mom’s version, but I added the warm spice of chai, which is becoming one of my favorite new flavors to experiment with. This recipe requires very little inactive time, as the bread soaks up the liquid mixture during the time it takes for the oven to preheat. That means you can start this french toast in the morning and still eat it for breakfast. Nice!

As the french toast bakes, the blueberries heat and pucker. This allows them to burst with warm blueberry juice when they’re pierced with a fork. Gaaah, aren’t they pretty?! 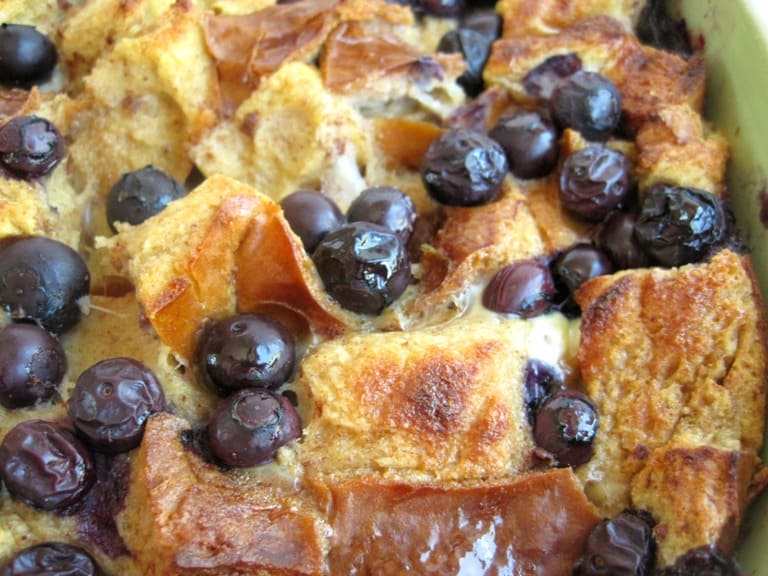 I used two-day-old challah bread (slightly stale) for this recipe, as it’s a rich bread that doesn’t mush up when it’s soaked in the egg mixture and baked. If you can’t find challah bread, I suggest using a bread that’s dense, versus the type that’s lighter or has air pocket holes. I also used chai tea latte concentrate, plus added spices, for the fab chai flavor. While I’m in the throes of a sugar-free chai tea latte concentrate obsession and have plenty on hand, you can whip up an equivalent for this recipe without making a Target run:

Stir all until sugar has dissolved and all ingredients are mixed. Let cool until room temperature (or refrigerate). Yields enough liquid to use in place of chai tea latte concentrate in recipe below.

This french toast bake serves a lot less servings than its gargantuan inspiration so I’m going to call it good at yielding six breakfast-sized servings. If you’re like me though and can’t be trusted around french toast…I’d decrease that number. Up to you. 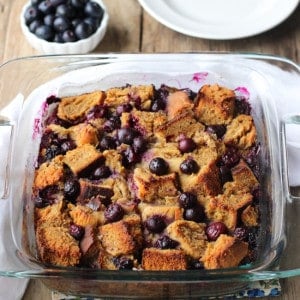 *or use homemade substitute listed in post above
Tried this Recipe?Tag @mysequinedlife - I love to see what you're making!