Make breakfast special with this oven-baked coconut almond pancake! Featuring the flavors of chewy coconut flakes, almond extract, and a splash of orange juice, it’s soon to be an A.M. favorite. It puffs up as it’s baked in a cast iron skillet. 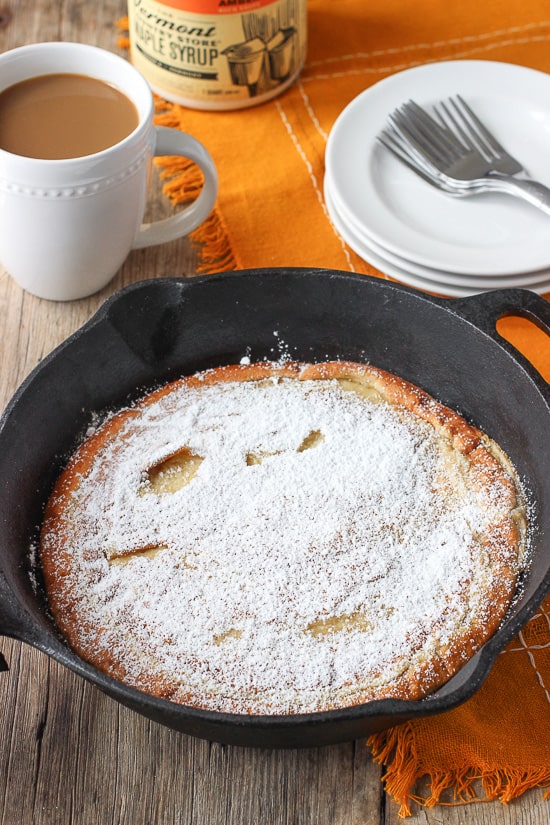 If everything had gone as planned, this crave-worthy breakfast (a baked pancake!) would have never even come across our plates.

Rewind to Brian and I walking around downtown San Diego one Saturday morning, when we happened upon a tremendous number of people waiting in a line…for something. As we got closer, I saw that these would-be brunchers were waiting for some prized real estate in a small cafe that I’d never heard of (which really isn’t any feat – after nearly a year of living in San Diego, I still feel like #1 Tourist when it comes to food). Positive that this place had to be fantastic, we decided to Yelp our way to the nearest bagel chain, where we were able to get our mitts on coffee and bagels in under ten minutes. Seriously, who are these people that can wait forty-five minutes in line before they get their coffee, anyway? 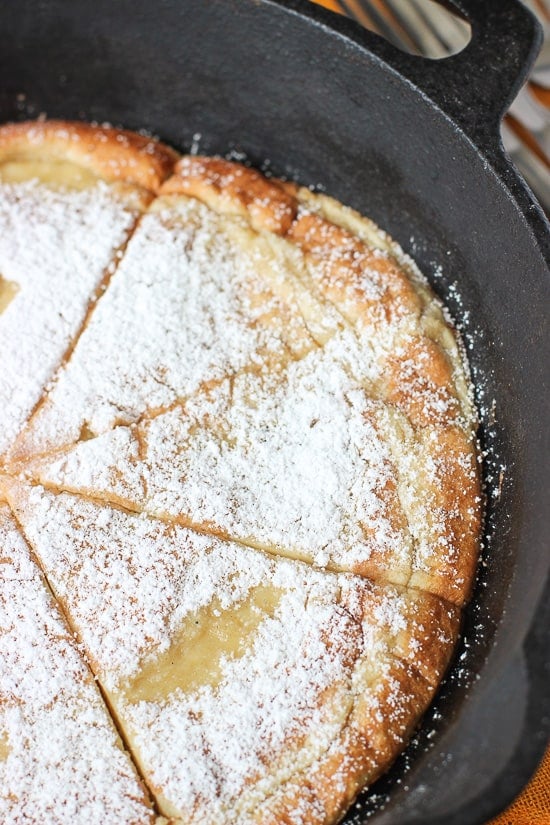 But I didn’t forget the brunch that got away. So when we found ourselves searching out breakfast on a weekday and saw a three-person deep line, we had to. The coffee? Five-refills-amazing. But their true pièce de résistance comes in the form of a decadent puffed, baked pancake, encased in syrupy cinnamon apple slices. SWOON.

I was hungry. I ordered it. Then I was super embarrassed when it arrived at our table because it was humongous and looked like it could have easily fed us both, as well as the couple at the next table over.

So when I promised to recreate it at home recently, I had thought we had apples…but turns out we didn’t. Not even one! But I was pressed for time and pressed to find a plan B that would satisfy my baked pancake craving. Cue, Iron Chef, breakfast-style. 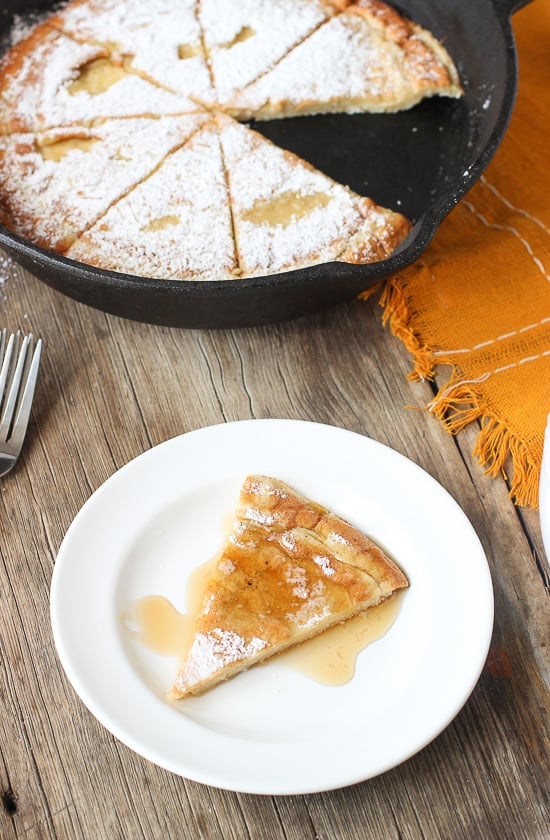 We didn’t have apples, but we did have orange juice, milk, coconut flakes, and leftover egg whites. Good enough for me! This pancake was so good (and, no doubt, much healthier), that nobody even asked why, after all my raving, it didn’t even have apples (or cinnamon, for that matter). It’s hard to complain about almond and coconut paired together! 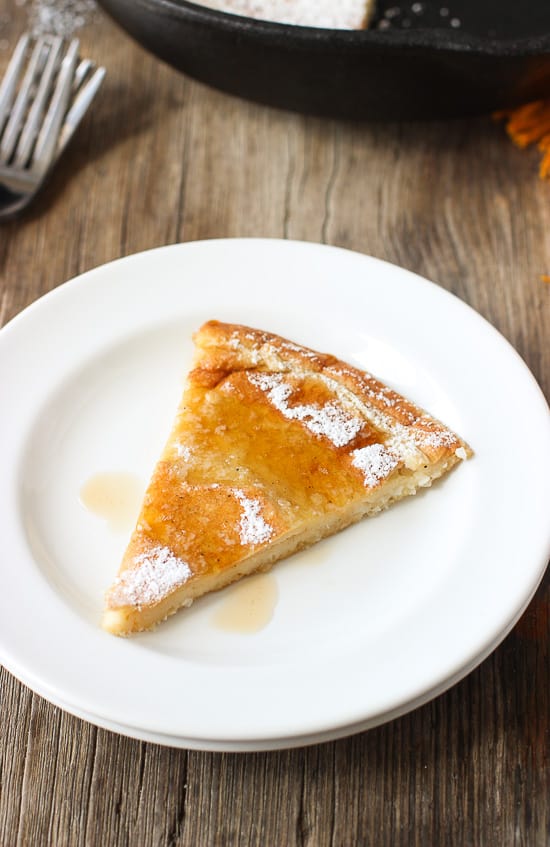 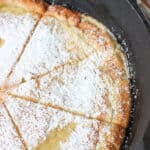 I inverted the pancake onto a plate, and then transferred it back into the cast iron skillet for the pictures! 🙂   Nutrition facts omit optional confectioners' sugar garnish and assume 1% milk used.