This Maple Walnut Pull-Apart Bread is made with a simple homemade yeast dough and bursting with toasted walnut pieces covered in maple syrup. This pull-apart bread recipe uses coconut oil and almond milk to keep it dairy-free, and is sweetened only with maple syrup! 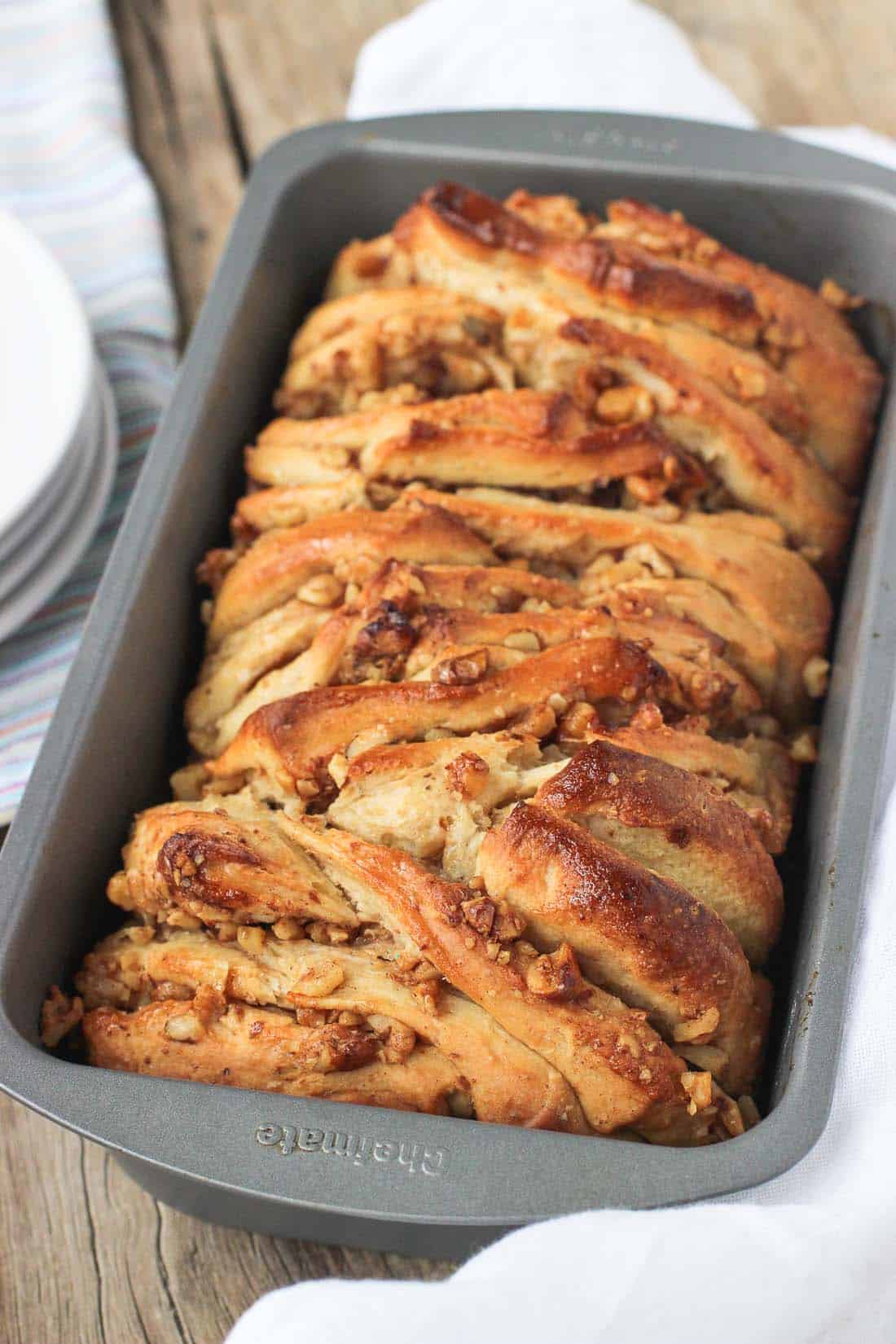 Never have I ever made (or eaten?) pull-apart bread prior to this fall. Never mind the fact that I have a serious number of amazing looking pull-apart breads on my Pinterest boards. Lately I’ve been trying to cross those “never I have evers” off my list (culinary ones, of course!), and pull-apart bread was the next to fall. See also slow cooker sweet potato soup and homemade pfeffernusse as others on that list!

Besides the obvious that these breads just look delicious, I love that there’s a pull-apart bread recipe for everyone. Quick ones using pre-made dough or more time-intensive breads using homemade yeast-based doughs. You can lean savory (herbs! sauce! cheese!) or sweet (cinnamon! sugar!)…you name it. 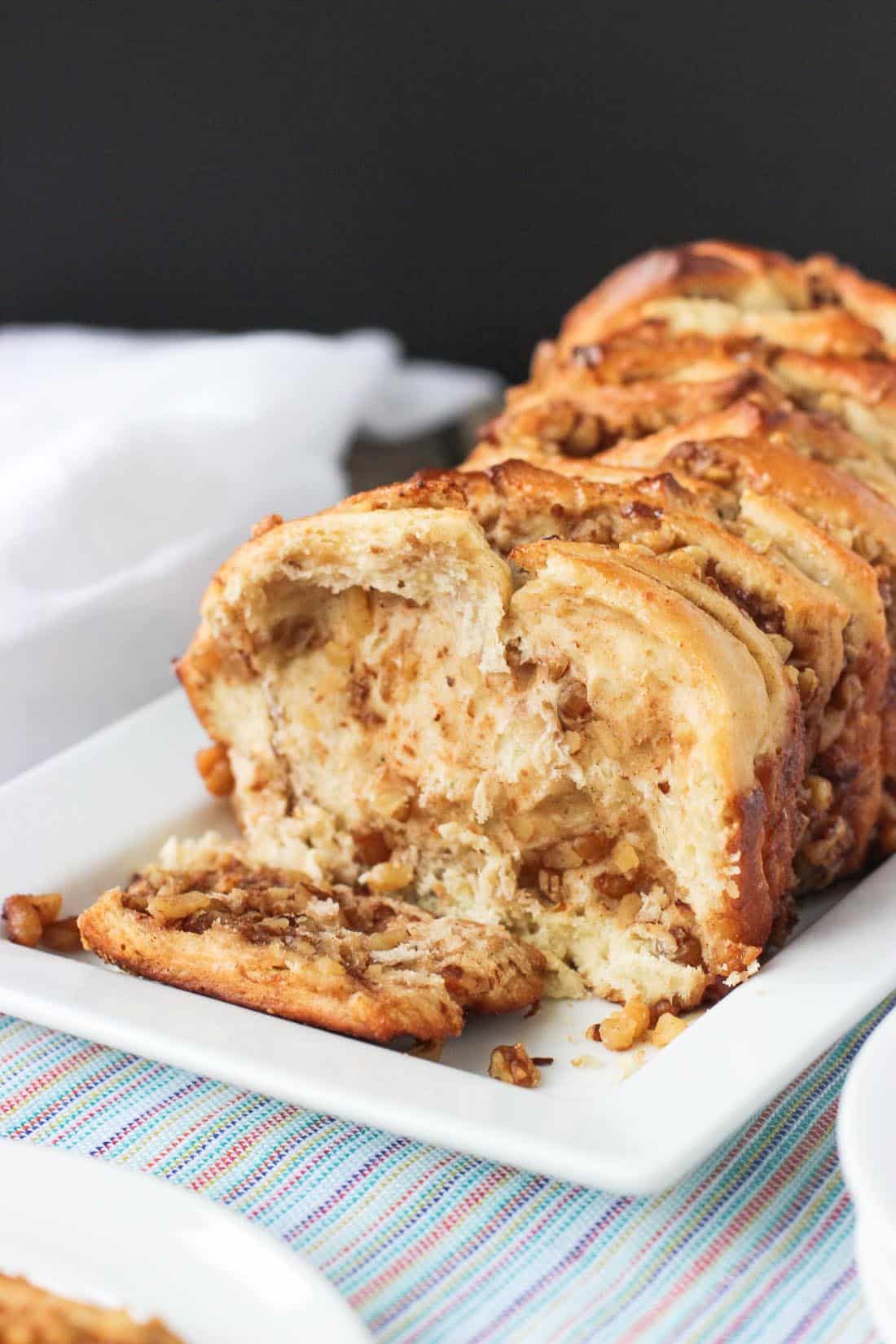 For my first foray into pull-apart land, I chose to make a sweet dough from scratch and stick with a maple walnut flavor. It’s also sweetened solely with maple syrup, and coconut oil is used in place of butter making it dairy-free. Helloooooo pull-apart bread! I see you.

This dough is rich and tender, with maple-drenched toasted walnut pieces allllll over. Truly. There are about thirty pieces of dough all stacked together here, with that maple walnut mixture between each one. The magic of pull-apart bread. 🙂 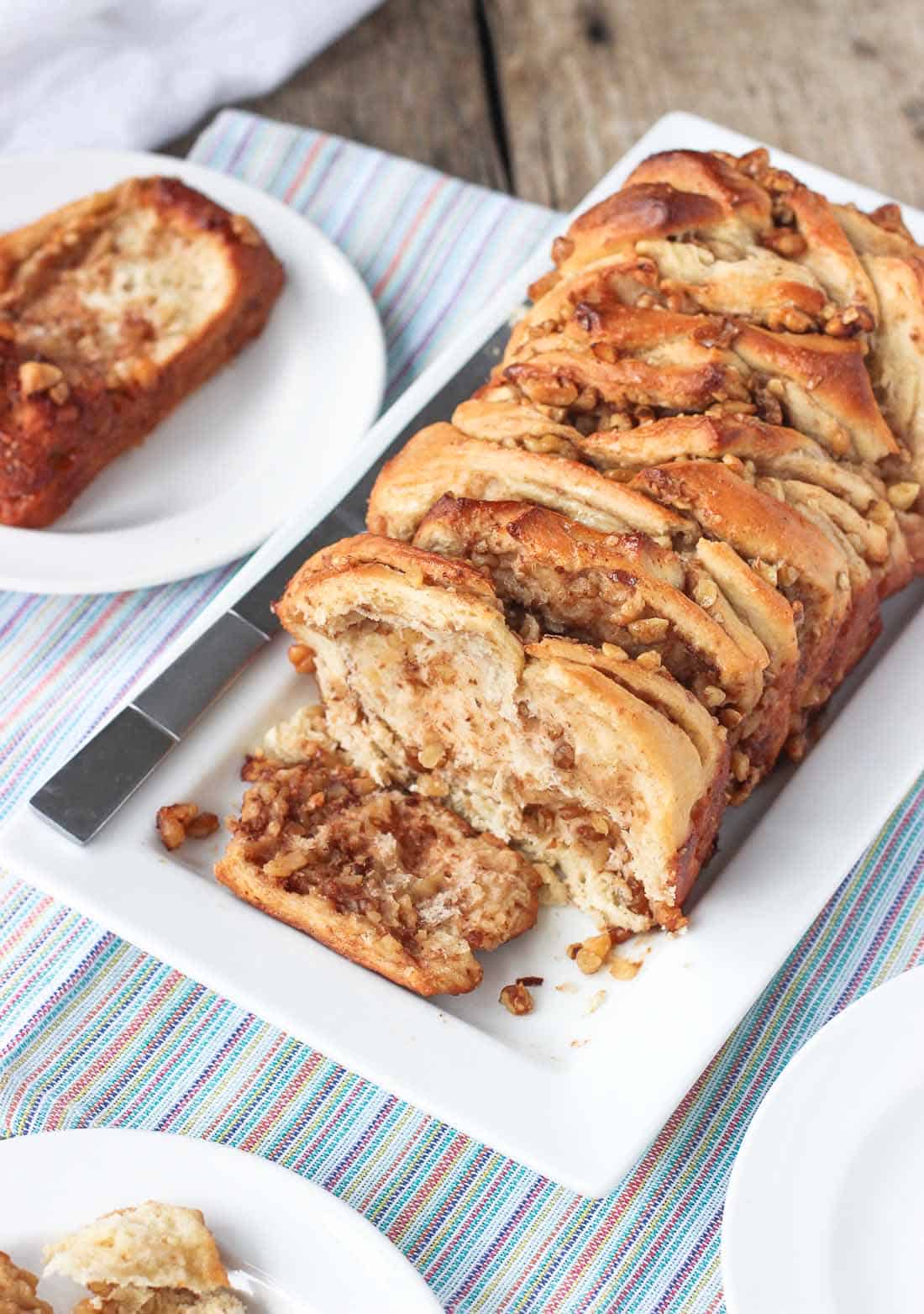 A simple yeast dough is let to rise, and then the fun begins in turning regular bread into pull-apart goodness. The dough is rolled out into a rectangle and brushed with melted coconut oil and a sprinkle or two of ground cinnamon. Then you’ll spread the maple walnut mixture over top and cut the dough into four slices, length-wise. After you stack the strips on top of one another, you’ll cut through them all to form roughly square slices. This’ll leave you with about thirty pieces (give or take).

Now it’s time to assemble everything! To make the next step easier, I tilted the (well-greased) 9″ x 5″ loaf pan on one of its small ends, letting it lean against the wall with a weighty bowl/candle/something in front of it to prevent it from sliding back down. Then you stack the dough pieces on top of one another in the loaf pan until it’s filled. Simple enough, right? I’m already scheming how I can “pull-apart” everything. 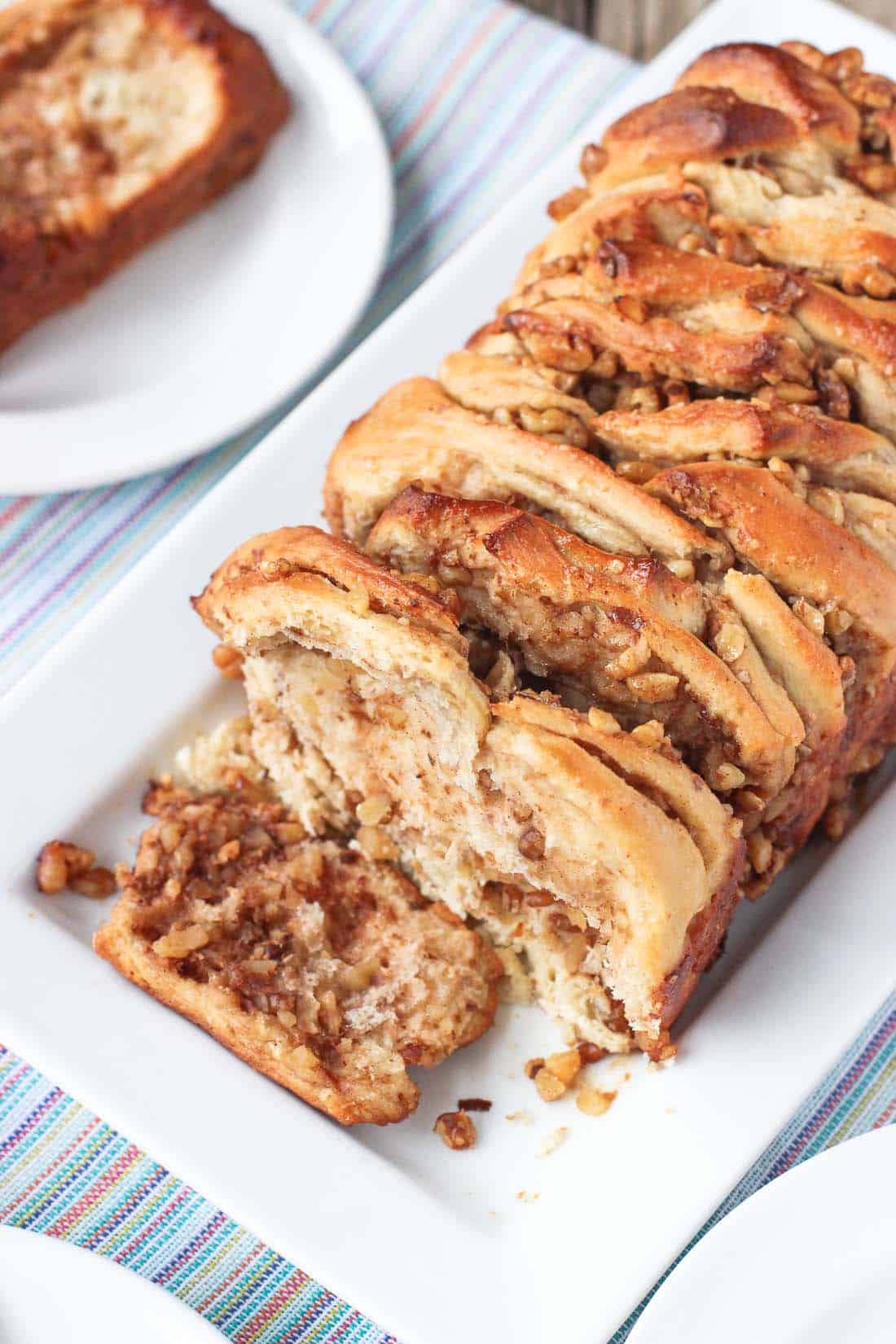 We enjoyed this bread any which way, but it’s especially great when slightly warmed. This means it’s go time as it cools a bit after coming out of the oven. After that, I suggest popping the pan into the oven for a few minutes to warm it. Or, let’s say you’re at work and only have access to a microwave. In that case you can quickly heat a slice (or two…) for a few seconds there. Either way will help bring back that flaky, just baked taste! 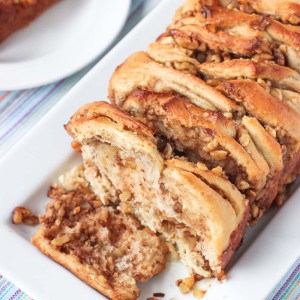 For the Maple Walnut Filling:

Prep time includes one hour for the dough to rise.