This crunchy dark chocolate almond bark is an easy three-ingredient, and no-bake dessert recipe. It’s like a homemade dark chocolate Crunch bar loaded up with almonds! 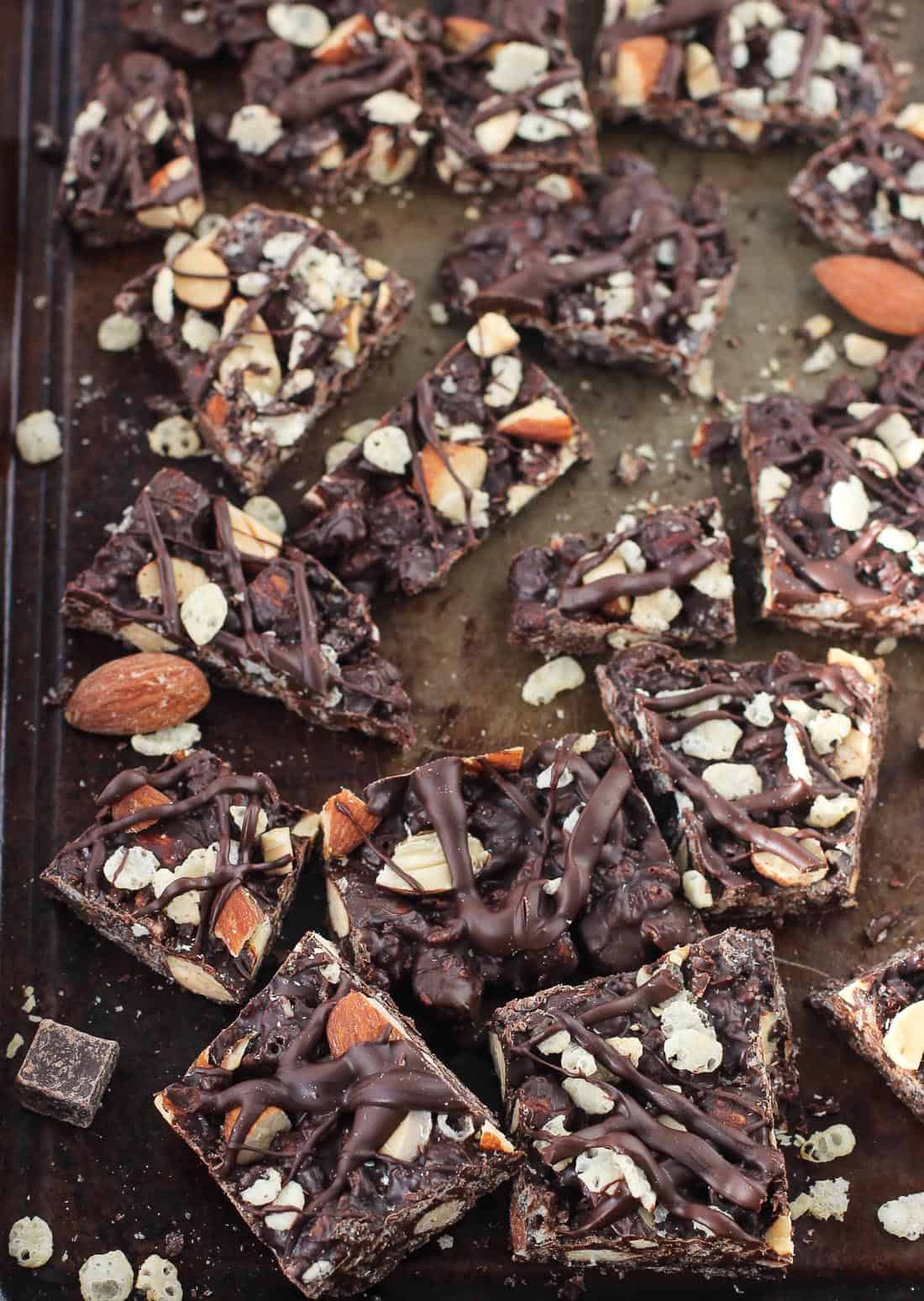 Sometimes there are those recipes that carry with them a substantial backstory. Flavors inspired by a life-long dream of a trip overseas, finally nailing grandma’s/great-aunt’s signature recipe after multiple copycat attempts, etc. That kind of thing. Then…well, then there’s this crunchy dark chocolate almond bark.

Short story made even shorter: I usually keep roasted almonds and some chocolate in my desk drawer at work. Chocolate in case of emergency, of course. One day I decided to mix together an almond and a few Bunch-a-Crunch clusters in one mouthful and quickly realized the whole was WAY more than just the sum of its parts in this case. Delicious!

That’s the story, and the inspiration behind this incredibly simple homemade chocolate almond bark. 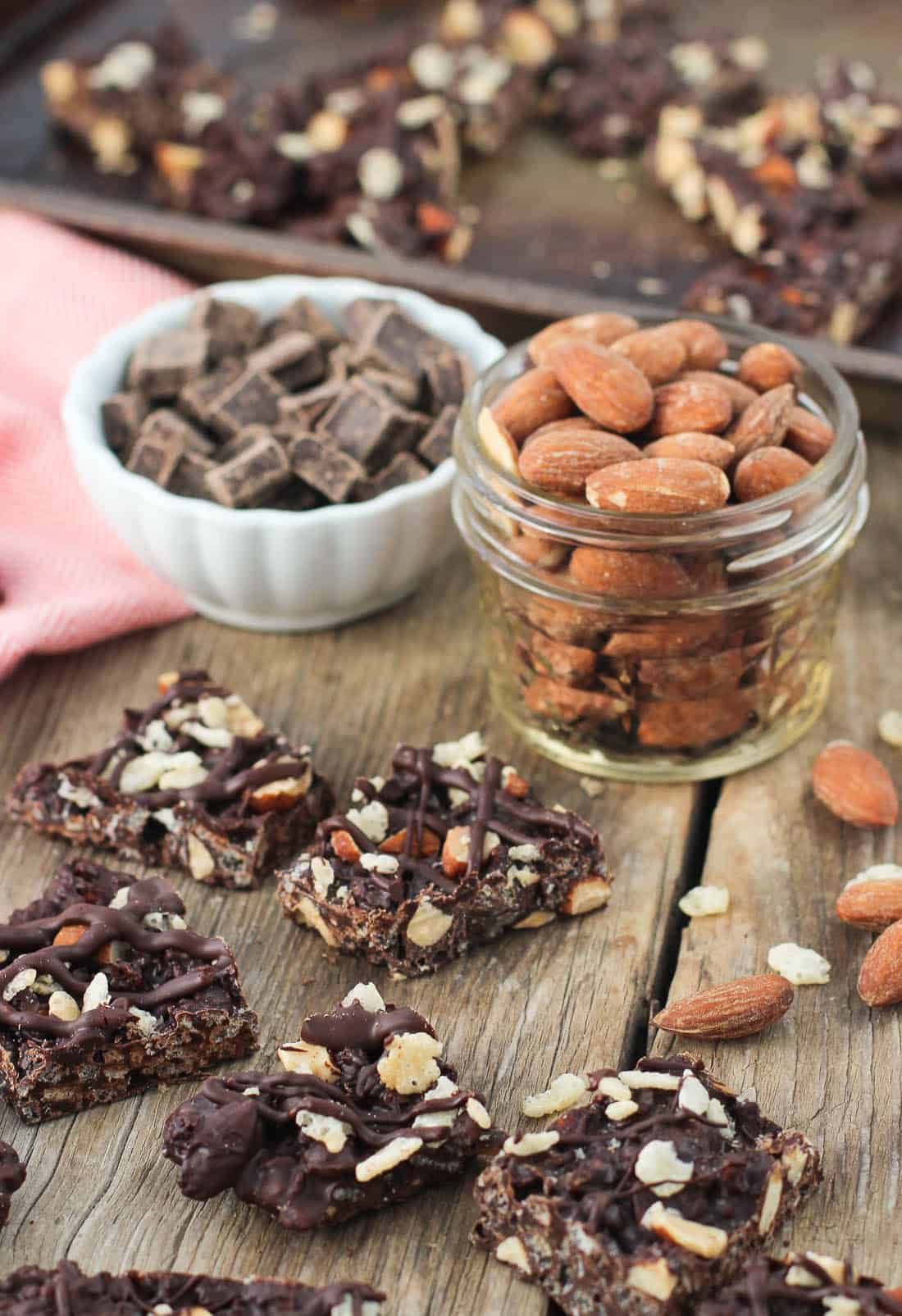 In each bite you get the crisp crunch à la Crunch bars from the puffed rice and a rich roasted flavor (and more crunch) from the almonds, all covered with smooth dark chocolate. 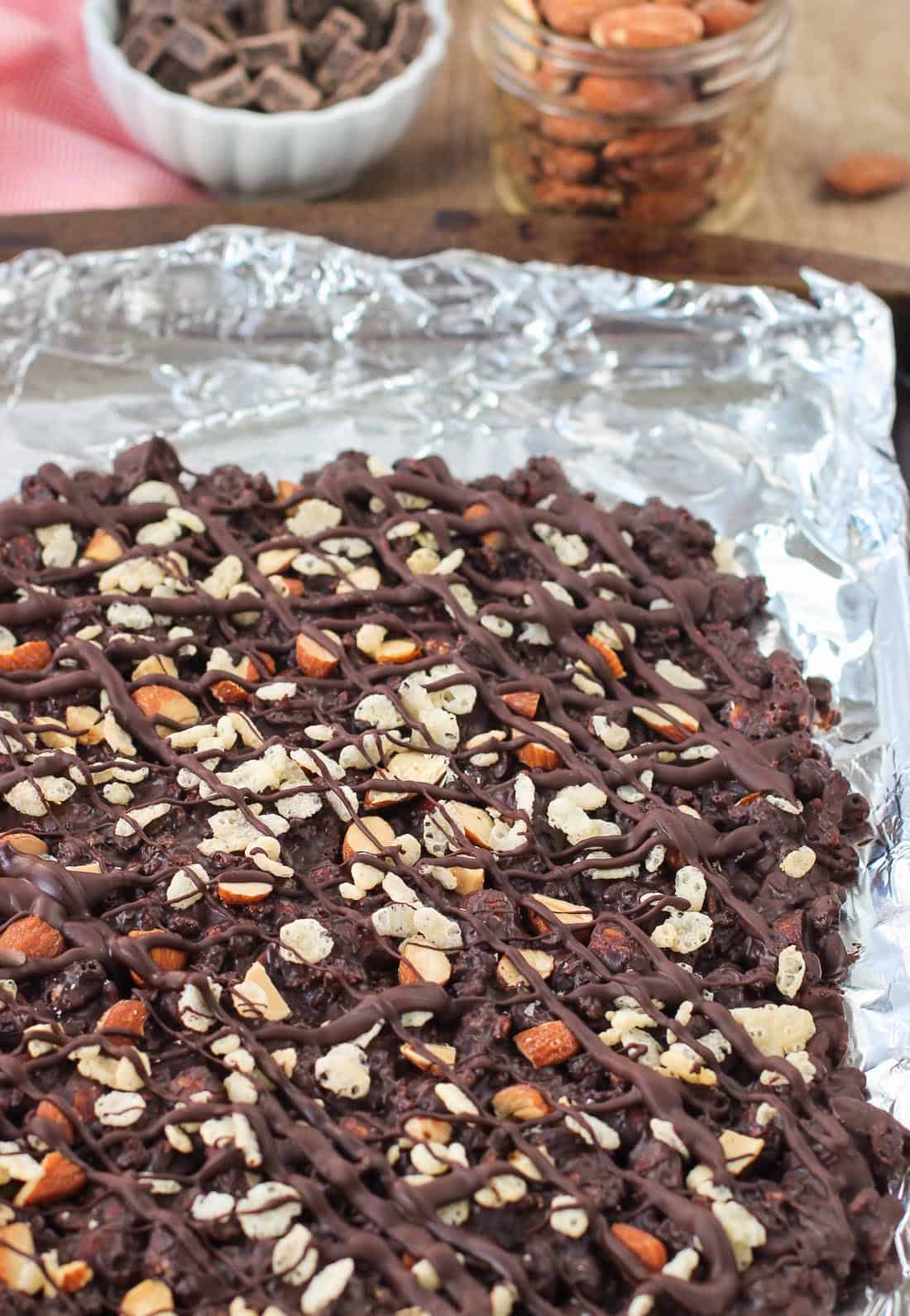 Homemade chocolate bark is just about fool-proof. First melt the chocolate, then stir in the almonds and puffed rice cereal. Spread everything out in a thinnish layer on a sheet of aluminum foil or parchment paper, then let it harden.

Refrigerating the bark will speed this waiting game up, but going the slower route at room temperature might be worth not having to clear off a refrigerator shelf to fit the baking sheet. Your call.

To throw a mild bit of complication into these simple recipe steps, once all of the ingredients were mixed together and spread onto the sheet, I pressed extra puffed rice cereal and chopped almonds into the top of the bark and covered it all with a melted chocolate drizzle, but that part was optional. More than enough goodness is going on inside the bark.

Oreo peppermint bark is an ultra festive way to liven up a cookie tray, and is a wonderful food gift for the holidays. The sweet and salty flavors here pair up so well! 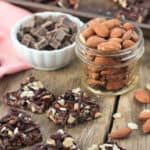