I’ve heard there are people out there in the world who don’t like chocolate. I know, right? While that’s a foreign concept to me, I definitely respect it (remember my runny egg confession?). February might be a tough one for you guys. If January is all about hitting the gym and eating right, then February might be equivalent of sticking your mouth directly under a chocolate fountain, no pretzel or strawberry required.

If you happen to fall into that category, or, let’s be real, even if you don’t – this one’s for you! A recipe for apple pie shortcakes that’s scaled down to serve just two. 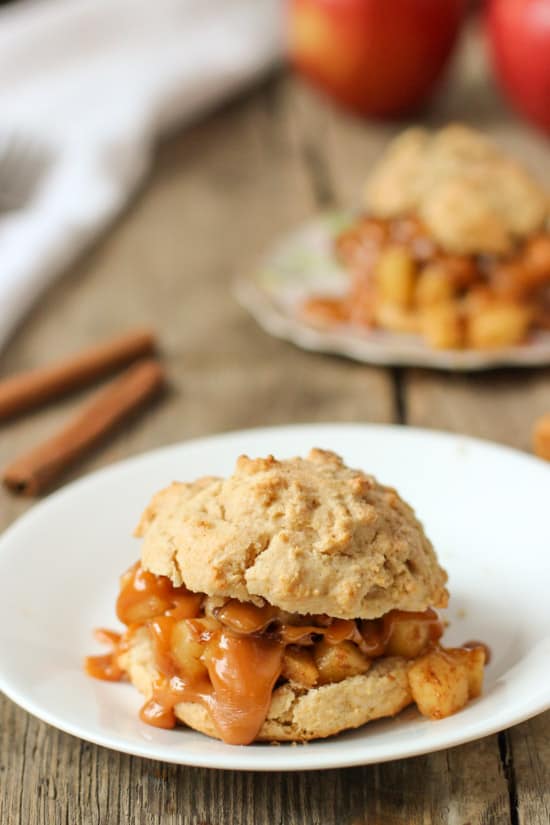 B and I must have been trying to figure out our favorite pie flavors for years now, and we’re not one bit closer to an answer. You have seasonally perfect strawberry rhubarb, tart cherry, and deep dark blueberry pie all thrown in the mix…and don’t even get me started on lemon meringue. YUM. While we respectfully disagree on our individual rankings, one pie in particular always comes out near the top – apple!

Warm, spiced, and filled with sort-of-crisp-sort-of-soft apple chunks, these shortcakes have all the best characteristics of its pie brethren. Plus the added benefit of built-in portion control. 🙂 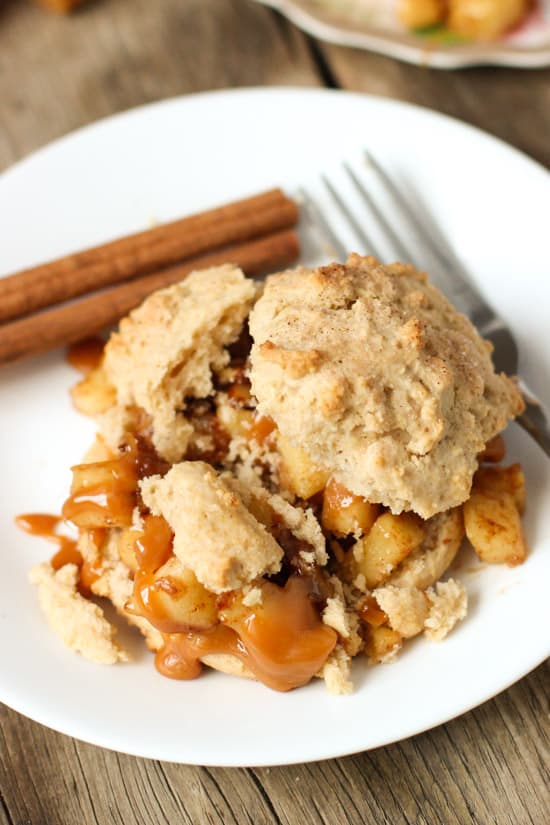 These shortcakes seriously couldn’t be easier. Mix all of the ingredients together in a bowl and there ya go! I’ve made these with cream and milk and both ways worked wonderfully, so use what you prefer and have on hand. The little bit of cinnamon in the batter and the dusting of cinnamon + sugar over top jazz up a traditionally basic shortcake recipe perfectly to complement all that apple goodness that’ll be piled high in the middle.

Besides devouring them, one of the best parts of sauteing apples for pie and pie-like desserts is the smell that will fill your kitchen. Butter, brown sugar, cinnamon…yes, yes, and yes. I don’t need to sell you on that. ♥

Assembling these bad boys is also pretty simple. You’ll cut the shortcakes in half (be a little careful, they’re prone to crumbling) and spoon the apple mixture in between. But do you know what makes them eeeeven more special? Caramel sauce, of course! I used store-bought caramel sauce for the shortcakes pictured here, but can I tell you what these taste like with a drizzle of cinnamon brown sugar caramel sauce over top? Oh. em. gee. You’ll be forgetting all about chocolate…momentarily. 🙂 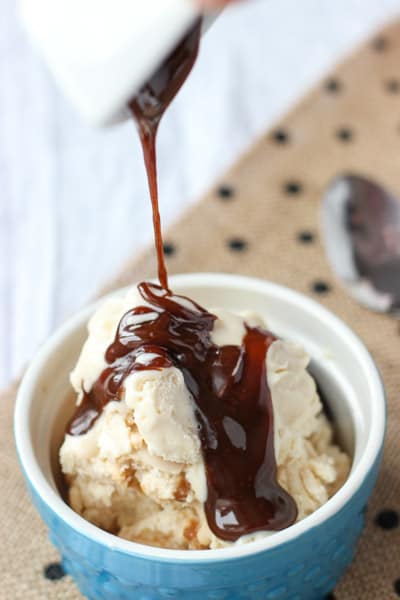 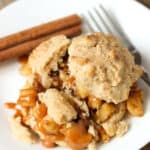 If you can’t get enough apple pie, check out these recipes, too!